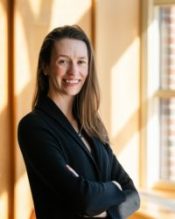 Atypical sensory experience is estimated to occur in ~90% of autistic individuals and to affect every sensory modality: taste, touch, audition, olfaction and vision. Because the neural computations underlying sensory processing are relatively well understood and are conserved between humans and other animals, sensory paradigms have considerable potential for shedding light on autistic neurobiology. But are sensory traits, in fact, core phenotypic markers of autism, which is classically considered a “disorder of the social brain”?  In this talk, I will argue that the answer is “yes”. The evidence I review shows that the autistic cortex is affected by distinct, low-level changes in neural circuitry dedicated to perceptual processing (including primary sensory areas). Further, perceptual symptoms in individuals with autism are evident early in development, account for independent variance in diagnostic assessments, and show a persistent relationship to clinical measures of higher-order social cognition and behavior. Finally, I will describe our recent work using Magnetic Resonance Spectroscopy (MRS) and pharmacology to implicate a specific neurotransmitter pathway (GABA) within a local, early-visual circuit in a robust and replicated difference in autistic visual behavior (binocular rivalry). These findings have enabled to identify a “biomarker” of autism in low-level visual behavior, which we are currently using as an experimental workhorse to test circuit-level neurobiological theories of autism.