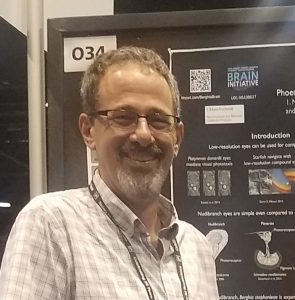 Wow, the breadth of neuroscience special events going on in March at UMass is astounding from Biomedical engineering to primate cognition. Leading off on March 2nd, we have Judson Brewer coming to the Old Chapel to talk about mindfulness and addiction. There will be a reception after his talk. March 6th is another special talk by Laurie Santos on primate theory of mind. March 9th, Damien Fair will be giving the CNS Distinguished Scientist and Engineer Lecture and March 11th Danielle Lee will be giving a BRIDGE lecture. Later in the month, Lynn Nadel will be giving a Neuroscience Distinguished Lecture on the nature of memory and space.

This diversity makes me appreciate the diversity of the Neurosciences. There is no one best way to understand the brain. The human brain is an extraordinarily complicated organ with 100 trillion neurons forming a thousand times more connections. Understanding, how this biological device evolved, how it self-assembles, how it functions to control the body, and how it continuously changes to store memories requires a multitude of approaches.

Understanding how the human brain evolved requires a comparative approach. We need to look at other species, not only to find things that are similar, but also to note the differences. Other species not simpler versions of humans. In fact, many other species have complexities that we cannot fathom. For example, an octopus has more neurons than a mouse and controls 8 independent arms, can change the texture and color of its skin to blend into its environment, and can learn from observation. It evolved its big brain completely independently from us. In fact, octopuses are more closely related to clams than they are to us. So, figuring out how this alien life form thinks would probably enlighten us into the fundamental properties that it takes to make a sentient brain.

I find that many neuroscientists are still clinging to Aristotle’s scale of nature that puts humans at the pinnacle near divinity and then arranges other living things in a linear progression: mammals above reptiles, above amphibians, above fish, and all of that above invertebrates. It’s important to recognize that other animals are not more primitive than us; all species are the result of evolutionary processes that continue right through today. Octopuses are not more primitive than mice. They are not less complex and they are not less intelligent. The intelligent thing for us to do is recognize the diversity and learn from it.