It’s the beginning of a new year and full of anticipation. Neuroscience labs have started to move into the newly renovated space in the Morrill Science Center. There is a great line up of speakers for the spring 2020 Distinguished Neuroscience Lecture Series:

Mark your calendars for the Interdisciplinary Neurosciences Conference on May 11th, which features as Keynote speaker, Nobel Laureate Thomas Südhof. Other exciting talks are in the works.

For my New Year’s resolution, I resolved to write more about what I’m thinking in this Director’s Channel. I recently attended an NSF-sponsored Reintegrating Biology Workshop, which resulted in 60 vision papers that attempt to describe what could be accomplished by reintegrating across the subdisciplines of biology and some of the obstacles preventing such a reintegration from happening. Lately, I have been thinking about how although neuroscience is a huge, mature discipline, in many ways it has become isolated from Biology; neuroscientists rarely include a phylogenetic perspective in their work, instead relying on direct translation of results from “model organisms” to humans.

One of NSF’s major emphases is to Understand the Rules of Life, which NSF describes as 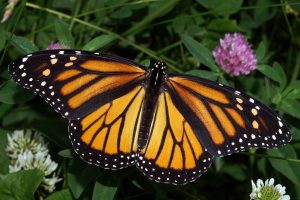 “Elucidating the sets of rules that predict an organism’s observable characteristics, its phenotype.” An organism’s phenotype would include the behaviors that it produces. For example, the phenotype of a monarch butterfly includes not just the patterns on its wings, but also its three generation migration to Mexico and back. Both of those phenotypes are somehow encoded in the genome of the animal, allowing them to be passed on through the generations, and both could theoretically be predicted from knowing the content of the genome. Scientists are making progress at both the developmental mechanisms underlying wing patterning and the neural mechanisms of navigation. However, to use that information to predict the phenotype of another species is far out reach from today’s knowledge. To really determining the rules that life that would allow general predictions requires a broad perspective that compares several species to determine the generalities rather than just details.

I think it is easier to make progress in science by going deeper rather than broader. The future challenge is to find ways of leveraging our deep knowledge to test it broadly. If you have ideas on how to do this, I would love to talk to you about it.