The Neuroscience and Behavior Graduate Program welcomes five new Assistant Professors. They epitomize the diversity of backgrounds and approaches in the Neurosciences. Two of the faculty members are in Biology, one in Psychological Brain Sciences, one in Biochemistry and Molecular Biology, and one in Communication Disorders. Each of them is recruiting PhD students for the coming year.

ChangHui Pak is a new Assistant Professor in the Department of Biochemistry and Molecular Biology. She earned her PhD at Emory University School of Medicine and did post-doctoral research at Stanford University. She is interested in human brain development especially in the context of synapses, which are the functional and mature units of neuronal communication in the brain. Her lab uses innovative tools in stem cell biology and state-of-the-art neurobiology techniques to understand the molecular and cellular mechanisms governing synapse formation and function during normal development. We are also actively investigating how these processes are misregulated in the formation and manifestation of neuropsychiatric diseases, such as intellectual disability, autism spectrum disorders, and schizophrenia, which are considered synaptic disorders. 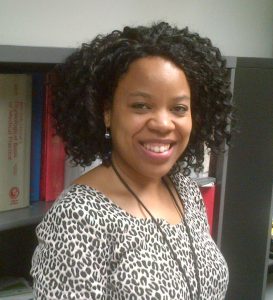 Karine Fénelon is a new Assistant Professor in the Biology Department. She earned her PhD from the University of Montreal in 2008. She arrived in September from a faculty position at the University of Texas, el Paso. Her research goal is to provide a better understanding of the physiological dysfunction in patients suffering from sensory information filtering and identify potential targets for therapeutic interventions. She focuses on better understanding the neural elements and circuits underlying sensory information filtering. Her lab is studying how the caudal pontine reticular nucleus (PnC), brainstem structure is activated using anatomical, immunohistochemical, electrophysiological, genetic, and behavioral techniques/approaches

Jennifer Mack is a new Assistant Professor in Communication Disorders who started in January 2018. She received her PhD from Yale University in 2006. Her research focuses on the cognitive and neural basis of adult language impairments caused by stroke and neurodegenerative disease (e.g., primary progressive aphasia). She is particularly interested in how sentences are comprehended and produced in typical adult language and in adults with language disorders. Her research uses simultaneous eye-tracking and functional magnetic resonance imaging (fMRI) in order to relate real-time language processing to its neural substrates. 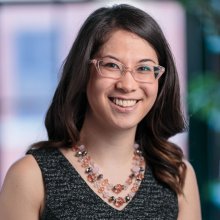 Bruna Martins is a new Assistant Professor in Psychological and Brain Sciences, who just arrived in September. She received her PhD from the University of Southern California in 2017. She researches how emotion and cognition interact in the brain to manage distress. Her work focuses on how adapting thoughts/beliefs, attention, awareness of physical sensations, and recalling life experiences (autobiographical memory) can help regulate emotions and build resilience. She focuses on the neural mechanisms that older adults use to regulate emotion, given age-related decline in cognitive brain structures. A second line of her research explores regulatory network dynamics in clinical disorders of emotion dysregulation, including Post-Traumatic Stress Disorder (PTSD), depression, and anxiety. She integrates across multi-modal physiological approaches including neuroimaging (fMRI functional connectivity, pattern classification, diffusion weighted imaging) to track how emotion-cognition interactions promote adaptive functioning. 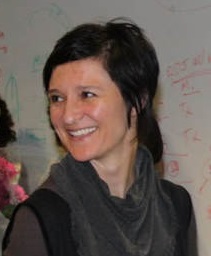 Stephanie Padilla starts in January as a new Assistant Professor in Biology. She received her PhD from Columbia University in 2011.  Her research dissects the neural circuitry that translates reproductive hormone status into circadian rhythms and mood symptoms. She identified a population of neurons that integrate gonadal sex hormone input along with metabolic energy status to influence fertility, core-body temperature, circadian rhythm, sleep architecture, and mood. Disrupting gonadal hormone input to these neurons via the use of certain contraceptives, menopause, or malnutrition, is associated with maladaptive side effects, including: impaired sleep, hot flushes, and mood swings/depression. Her research provides an entry point to investigate such outcomes, and also establishes a mouse model that can be used screen preclinical therapeutics.