The unrestrained growth of settlements in the Lebanese mountains is fragmenting and undermining the spatial relationships between built and natural environments. One of the main factors driving this growth are the outdated and real estate centered zoning plans for towns and cities. This growth is leading to the fast paced loss of cultural and ecological landscapes, resulting in the gradual transformation of mountains into built landscapes.

This research questions the tool of zoning by adopting an ecological and place-based approach to the development of a new zoning plan for the town of Jezzine, Lebanon. By combining ecological design principles, landscape character assessment, and place-based tools in a geographic information system (GIS) environment, areas that are culturally meaningful to the residents and also ecologically sensitive were identified and mapped.  An in-depth analysis of development resulting from the zoning plan was conducted to identify the caveats in the current zoning plan. Interviews were conducted with a sample of 20 residents to identify landscape elements or features that are relevant to local residents, understand the economic basis of the town, and develop an understanding of the cultural heritage.  Ecological Landscape Association (ELA) Zones (Makhzoumi and Pungetti, 1999)  were developed and landscape character assessment (LCA) (MEDSCAPES Project, 2015) was also completed for the town.  The data from the questionnaires, ELA and LCA were combined in GIS to identify zones of ecological sensitivity, cultural importance and economic significance (eco-tourism). These zones were then superimposed over the existing zoning plan. The notions of regional connectivity of ecological systems and connectivity to the Lebanese Mountain Trail were also considered when final zones were developed.  The final zoning plan for Jezzine includes 32 zones (an increase of 22 zones) that include development zones and proposed densification areas, protected forest and agricultural landscapes, riparian corridors, and touristic areas significant to the local economy. Each zone was named with culturally meaningful titles, described and guidelines provided. Tabulated areas were developed comparing the proposed and existing zoning plans.

The results provide a new approach to zoning specific for mountain towns that guides development and protects culturally  and ecologically sensitive resources. Zoning in general, and in Lebanon in specific, cannot be generalized anymore, but rather should be developed based on specific local conditions.  This research provides an example of how zoning, as a planning tool and when driven by local considerations, can generate a forward looking plan that supports the environment, economy, and social equity and guided by time based implementation approach. 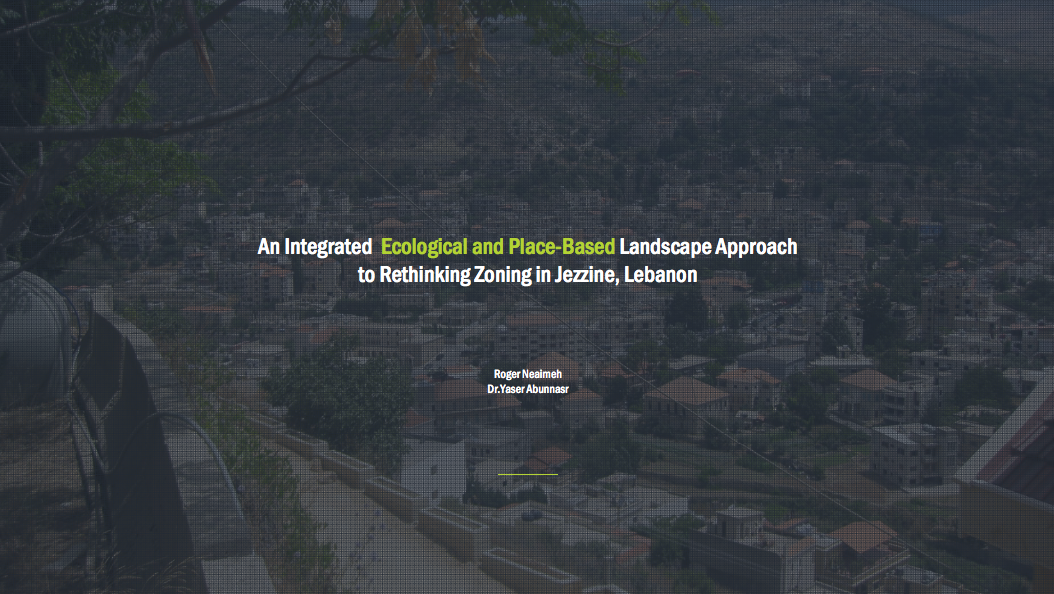 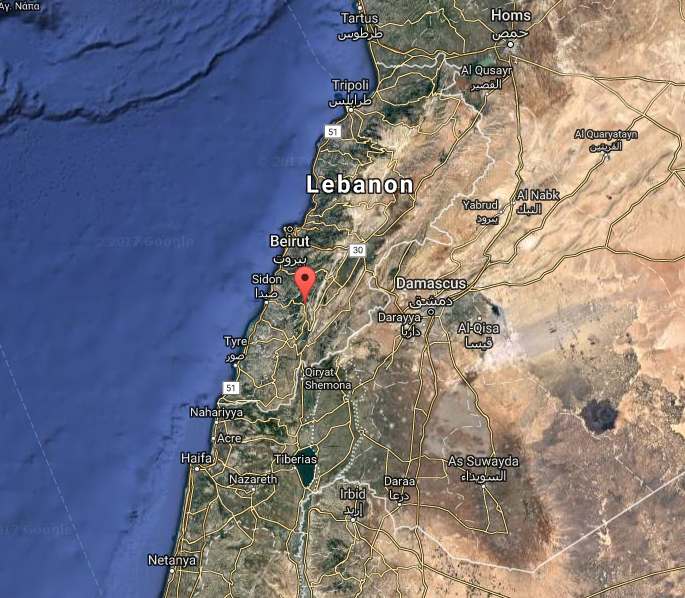