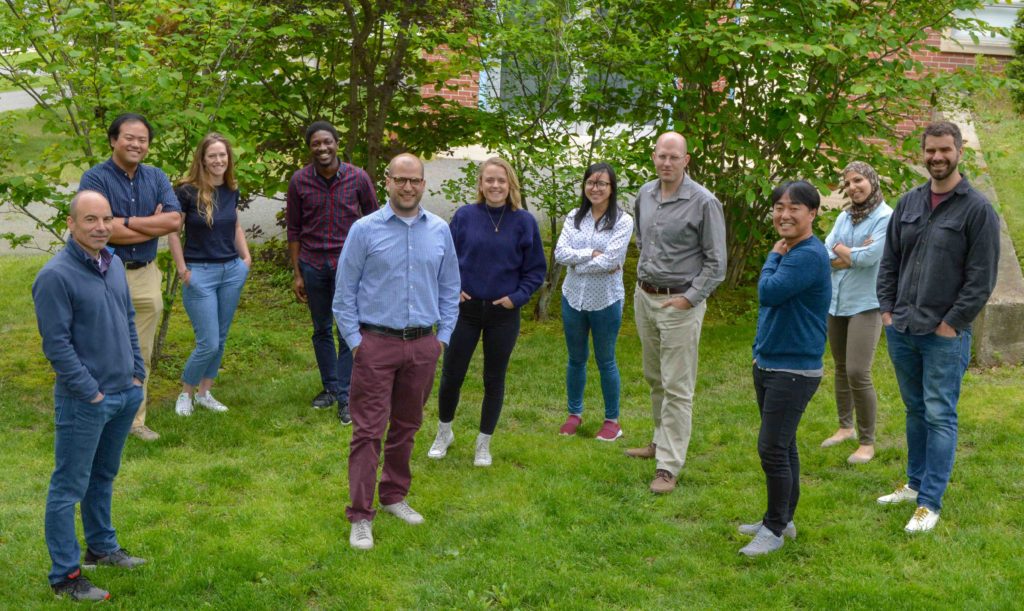 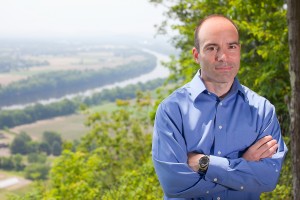 Dr. Casey Brown is Professor at the Department of Civil and Environmental Engineering at the University of Massachusetts at Amherst and Adjunct Associate Research Scientist at Columbia University.  His primary research interest is the development of analytical methods for improving the use of scientific observations and data in decision making, with a focus on climate and water resources, and he has worked extensively on projects around the world in this regard. He has a Ph.D. in Environmental Engineering Science from Harvard University and led the water team at the International Research Institute (IRI) for Climate and Society at Columbia University. 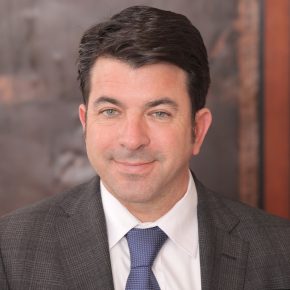 Dr. Fred Boltz serves as Adjunct Assistant Professor in the Hydrosystems Group, where he leads an applied research program on resilience and human-hydrologic systems.  Dr. Boltz is the CEO of Resolute Development Solutions, Inc. an advisory firm specialized in the strategic design, execution and adaptive management of conservation and development programs. The firm’s current portfolio focuses on water, climate, and the resilience human systems to global change.  Dr. Boltz has over 25 years of international development experience, including 9 years of fieldwork in Africa, Asia and Latin America. From 2013 through 2017, he served as Managing Director and member of the leadership team at The Rockefeller Foundation, where he led the Foundation’s global work related to the environment and directed key resilience programs. From 2003-13 he served in Conservation International’s leadership team as head of conservation strategy and practice, climate change lead and head of international policy. Dr. Boltz earned a Ph.D. in natural resource economics at the University of Florida and a B.A. in China studies at Duke University. A native English speaker, he is fluent in French and Spanish, and conversant in Portuguese, Malagasy and Mandarin Chinese. 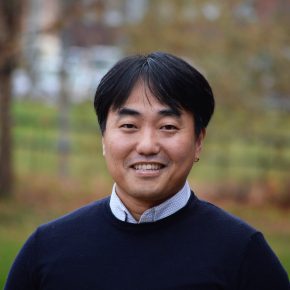 Dr. Sungwook Wi is a postdoctoral research associate in the Department of Civil and Environmental Engineering at the University of Massachusetts (UMASS) Amherst and a chief hydrologist at the UMASS Hydrosystems Research Group. His research focuses on the intersection between hydrologic, climatic, and anthropogenic systems with an emphasis on sustainable water resources management. He specializes in developing human-hydrologic systems models and applying the models to assess the impact of climate change and variability as well as human activities on water resources planning and management. His expertise in hydrology has played a critical role in addressing water issues for various watershed systems all over the world, including USA, Mexico, Africa, East Asia, and Himalayan regions. 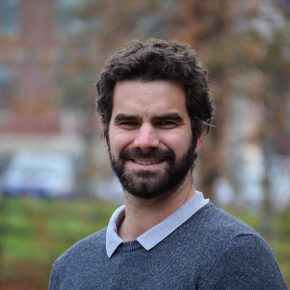 Baptiste François is a Research Assistant Professor in the Hydro-systems Group in the Department of Civil and Environmental Engineering at the University of Massachusetts. He has a Ph.D. in geosciences from the University of Grenoble-Alpes (France) and six years of post-doctoral work experience with private and academic research institutes in France, Italy, Norway and the United States. His research interests focus on the interactions between climate, water, energy and society. To analyze these interactions, Dr. François has developed expertise in multiple disciplines, including hydrology, climate science, and planning and management of water and energy infrastructure (including hydropower and other renewable energy sources such as solar, wind and biomass). His research work builds on state-of-the-art methods and models for advancing understanding of i) the effects of climate change on the vulnerability and resilience of water and energy infrastructure; ii) the effects of increasing renewable power capacity on water and energy infrastructure; and iii) the effects of hydro-meteorological extremes on these systems. He has worked on projects around the world in this regard, including high-income countries (United States, Italy, Norway and France) and developing countries (Tunisia, Ghana, Cote d’Ivoire, Tanzania and Malawi). He has participated in and/or led climate change risk assessments for several water and energy projects within the context of academic research (e.g. France, Italy and Norway) and consultancy (e.g. Georgia in Eastern Europe). Dr. François is an associate editor of the Journal of Hydrology and organizes scientific sessions related to hydropower and renewable energy systems for the EGU general assembly each year. He has taught classes on hydrology and water resource planning and management at the University of Grenoble (France) and has a record of advising multinational undergraduate and graduate students. 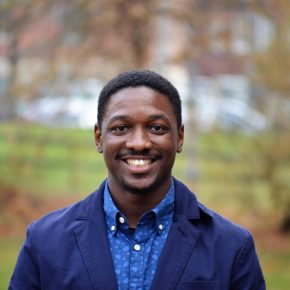 Chinedum Eluwa started work as a Research Assistant in the Hydrosystems Research Group in September 2016 when he moved to Amherst, MA to begin a PhD in Water Resources Systems Analysis.  Prior to this he completed a Master’s degree in Hydrology and Climate Change (in Newcastle, UK) and worked as a researcher to develop flood risk assessment methods for the European Union RAMSES climate adaptation project.  In his current work, he helps governments (including inter-governmental organizations) decide which water-resources infrastructure investment options to pursue given future uncertainties – especially hydro-climatologic uncertainties.  When not working, Chinedum enjoys listening to economic or political debates on one of the BBC’s channels. 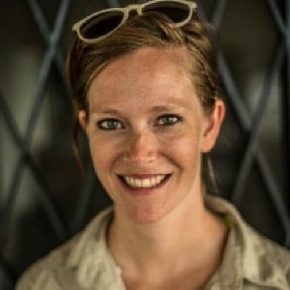 Sarah Freeman is a PhD student in the Hydrosystems Research Group. Ms. Freeman joined the group in the fall of 2016 after spending the past decade working for both private sector and non-profit organizations in the infrastructure and environmental conservation sectors. She has worked in a variety of roles that have included project management, scientific research as well extensive work with stakeholder processes around the world. She is particularly passionate about how science can inform policy. Ms. Freeman is currently leading the HRG’s Resilience by Design project in the Valley of Mexico. She was recognized as the 2009 American Council of Engineering Companies (ACEC) Young Professional of the Year and holds a MSc in Water Resources Engineering and her BS in Mechanical Engineering from Tufts University. She is also the designated cocktail maker for the HRG and occasionally a soccer co-captain along with Katherine Schlef. 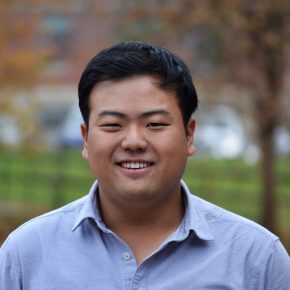 Dong Kwan (Don) Park is a first year Ph.D. student with the Hydrosystems Research Group from Fort Collins, Colorado.  He completed his B.S. in 2013 from The Pennsylvania State University in Civil Engineering – Water Resources and received his M.S. from Seoul National University in 2015 in Civil Engineering with a focus in Hydrology and Water Resources.  From 2014 through early 2017, Don worked at Seoul National University as a researcher developing an integrated framework that includes social, environmental, and water resources through the Model of Integrated Impact and Vulnerability Evaluation of climate change (MOTIVE) project with the Ministry of Environment Korea.  In his free time, Don enjoys camping, hiking, cooking, and listening to music. 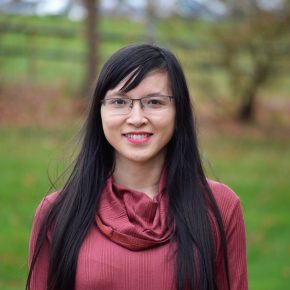 In 2013, Khanh Nguyen obtained a Bachelor of Engineering in environmental management and technology at Ho Chi Minh City University of Technology (HCMUT), Vietnam. After graduation, Khanh worked as Research Assistant in the domain of Geographic Information System and hydrological modeling at DITAGIS center, HCMUT. In 2014, she worked as Corporate Environmental Coordinator in Holcim Vietnam Ltd., where she undertook tasks of CO2 reporting and waste management. Six months later, Khanh began her masters program in environmental science and engineering with the expertise of hydrology, water, soil and ecosystems at Swiss Federal Institute of Technology (EPFL), Lausanne, Switzerland under a RESCIF-CARE fellowship. During the masters program, she worked as an intern at GeoplanTeam which is a Swiss enterprise in geo-informatics and geographic information systems. In 2017, Khanh achieved her masters degree and became a graduate student in the Hydrosystems Research Group at University of Massachusetts Amherst.

Prior to starting her PhD in September 2018, Alexa spent three years working for Arup, a global engineering consultancy based in London, where she initiated and led the development of the City Water Resilience Approach (CWRA). Also whilst at Arup, Alexa spent 18 months on secondment to the National Infrastructure Commission, an independent arm’s length body of UK Treasury that provides long term strategic oversight of infrastructure planning in the UK. The National Infrastructure Assessment provided a world first in setting a long term integrated strategic plan for all infrastructure at a national scale. Alexa was recognised as the recipient of the Society of Public Health Engineers Young Engineers Award 2015 and a Royal Academy of Engineers Engineering Leaders Scholar whilst undertaking her Masters of Engineering at University College London. Alexa spent 7 years working with Engineers Without Borders UK at all levels of the organisation, including a three year tenure on the Board of Trustees. 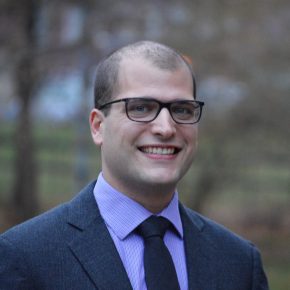 Alec Bernstein is a Research Fellow in the Hydrosystems Group and Project Manager.  He joined the group in 2016 after previously working as a water resources engineer and hydrologist in Seattle, WA.  Alec also worked at several water startups related to water system monitoring hardware and tanker truck delivery.  As a Fulbright Scholar in 2013-2014, Alec conducted research in India investigating water treatment system sustainability in communities throughout rural West Bengal.  He has also worked on several water and sanitation development projects in Honduras as a chapter leader of Engineers Without Borders, where he oversaw design and construction of major infrastructure components of water distribution systems (spring boxes, storage tanks, slow sand filters).  Alec completed his M.S. from the University of Massachusetts in civil engineering with a focus in water resources engineering in 2013, and a B.S. from Lafayette College with Honors in civil engineering in 2011.  He enjoys working with stakeholders to solve complex water resources and management challenges, and has experience in Latin America, Asia, Africa, and North America.  Alec has a passion for the outdoors and enjoys biking, hiking, camping, cooking, brewing, playing and listening to (and attempting to play) music, and any water-related activities from a lazy day tubing down the Deerfield River to hiking on receding glaciers in New Zealand.