In this final post on the series Economic Allocation of Groundwater, we’ll evaluate the tradeoff between economic gains and environmental performance in the Frenchman Creek Basin. How is environmental performance related to economic gains in the context of groundwater pumping? In the Frenchman Creek Basin, as with many other basins, streams are hydrologically connected to the groundwater. What that means is that flow in many streams and rivers is supplemented by groundwater (known as baseflow). With increased groundwater pumping, the groundwater level goes down, and reduces the amount of ‘baseflow’ in the rivers. 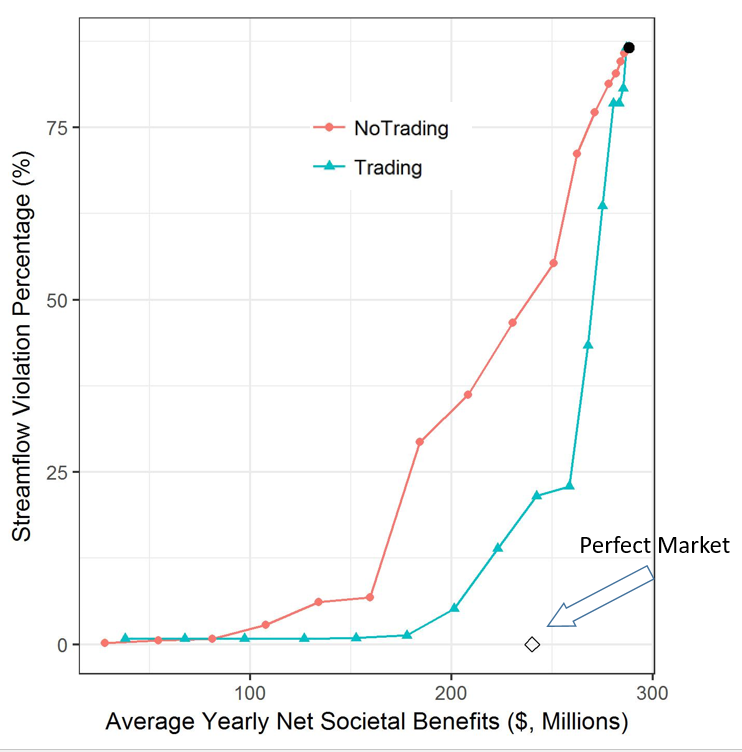 There are four key results illustrated in this figure: