From Bolivia to Cambodia to California, droughts and water shortages made headlines in 2016. 2017 promises to be no different.

Figure 1: Snapshot of some of the headlines made by water crises in 2016

It’s important to understand the true nature of today’s water challenges. Fundamentally, the problem isn’t that all of a sudden we’re running out of freshwater. True, water demand is rising with increasing populations but there’s enough of it to meet both current and projected human needs. The underlying reason behind these ‘water crises’ is that water availability is mismatched in space and time, i.e. most of the time, most of the water isn’t where most of the people need it1.

Over the past few decades, as surface water resources have become increasingly stressed, people around the world have turned to groundwater. And that has to a large extent, up till now, mitigated much of the water stress faced globally. However, in recent years, harmful impacts of unmanaged groundwater have emerged. A recent study using GRACE satellite data showed that 24 of the 37 largest aquifers globally were rapidly depleting due to unsustainable pumping levels2. 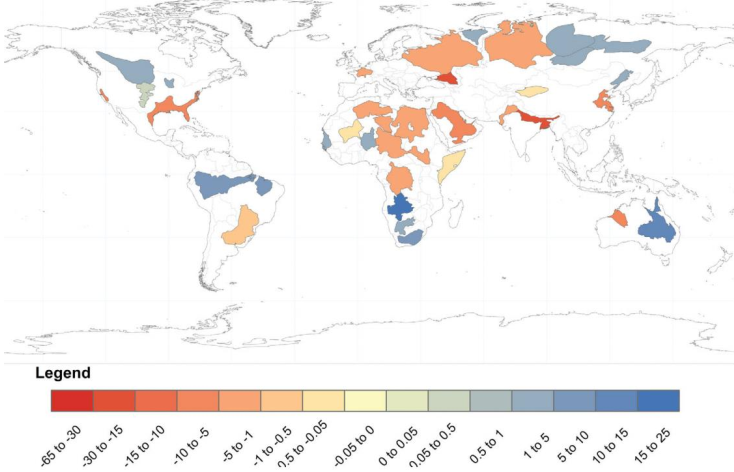 A big chunk of this groundwater usage is in agriculture, which accounts for 70% of global water use. Within agriculture, almost half of consumptive use is through groundwater3. So it’s imperative that we manage our groundwater better, and the logical place to start is with groundwater used for irrigation. When it comes to resource management, there are two broad categories of options: a command and control approach and an incentive based approach. Command and control refers to a centralized more ‘authoritarian’ type of approach. Examples of these policies include water use quotas, mandating efficient technology standard etc. incentive based approaches make use of economic forces to ‘encourage’ efficient usage, for instance through cap-and-trade systems, taxes and subsidies.

In the next series of posts, I’ll discuss some of my recent work evaluating the incentive based policies for groundwater management using a coupled human-natural system model.