Justice in the Balance

by folbre on July 26, 2022 in the meaning of care and the care sector, work-family policies • 0 Comments 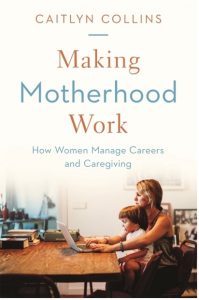 Instead of trying to walk the tightrope known as work family balance, maybe we should seek work family justice—something we all deserve rather than something we are easily blamed for not achieving on our own.

Here was my stream of consciousness as a participant: I don’t really like the work/family juxtaposition because it implies that family is not work, which it is. Of course, not all work is the same.

Most of it ranges between two extremes: There is work that creates a discernible, measurable product or service, an output whose value can be captured directly or sold in the market for a standardized price. Then there is work that creates or develops the capabilities of another person, which is often difficult to see, much less measure. The value of this work is not standardized. It is unpredictable. It generates a lifetime of value for the “consumer,” but it is difficult for the “provider” to capture, precisely because it is embodied in another person.

Family work falls into this second category, and these characteristics help explain why it is literally devalued, and why those who provide unpaid care for children or elderly or others in need of assistance typically pay a care penalty in the form of reduced earnings.

A lot of paid work—often termed care work—falls close to this categorical description of family work, which helps explain why it is undervalued in the market.  Taking educational attainment, hours of work, and many other factors into account, people (mostly women) who work in care occupations earn less than those in other occupations, and employees in care service industries such as health, education, and social welfare (also mostly women) earn less than similar employees in business services.

Here’s a second reason why “work family justice” doesn’t fit the bill—it seems to leave out paid care workers. I favor something bigger called care justice: everyone should get the care they need, and caregivers should get the support they deserve. (For more along these lines, see, for instance, Daniel Engster’s The Heart of Justice).

And  another thing:  care provision is not just about work. It’s also about access to resources and opportunities, and this includes money. Economists generally think about expenditures on people as consumption, but if they meant what they say about “human capital” they would treat many of these expenditures as investment.

Care provision is central to the production, development, and maintenance of human capabilities in households and also in society as a whole. Care justice is an economic, as well as a moral imperative. Failure to reach for its attainment contributes to significant social costs, including crime, drug addiction, suicide, poor health, and vulnerability to pandemics.

Our social climate is just as vulnerable to pollution as our natural climate. Little wonder that the world seems to be catching fire.