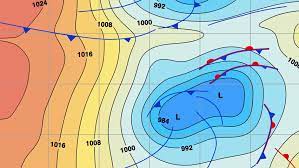 Social capital is a delightfully contradictory concept, which explains why academics kind of like it: So much room for elaboration and disputation, both qualitative and quantitative!   Personally, I like the Simple English Wikipedia definition, which synchs with my own emphasis on pro-social motivations for care provision:

“Social capital is the willingness of people to help each other.

It often replaces money which people would use to buy the same help.

Society works best when there is plenty of social capital. The less social capital there is, the more social problems there usually are…”

This definition makes it sound as though social capital IS a pro-social norm or preference.

Yet most of the empirical literature focuses on networks of interaction among people that make them more likely to trust one another, implying a distinct causal arrow: more social interaction, more social capital.

Robert Putnam remains the most eloquent advocate for the concept (here’s a link to a succinct summary he wrote). He acknowledges that the arrows go both ways but cannot resist suggesting that declines in group interaction (clubs, amateur associations, churches) are a driving force. In The Village Effect, Susan Pinker offers an up-to-date version of this argument from a more psychological  than sociological angle,  with an emphasis on effects on personal health and longevity. She doesn’t use the actual term “social capital” but her analysis is nonetheless convergent.

I have long had somewhat mixed feelings about the social capital literature. On the one hand, it looks beyond the typical economist’s squinty focus on individual decisions, which is a good thing. On the other hand, it treats social relationships as though they are bankable–a stock of stuff that delivers a future rate of return. This doesn’t seem plausible to me.

Yet the embrace of capital-ism somewhat subversive, because social capital is clearly a public good that is not necessarily rival or excludable in consumption. No single individual has an incentive to invest in it, and the optimal strategy is to simply hope that other people will do so. Not that researchers in this field pay much attention to motives. They generally treat social capital as an unintended byproduct of social interaction, a kind of unconscious, unwitting, positive spillover:  Who knew that bowling in a league with other people could make everybody better off?

It follows that a decline in social interaction, by reducing previous positive spillovers, creates a negative externality.

Framed in these terms, social capital comes close to something we could term social climate or the social atmosphere. Putnam himself, in the article linked above, uses barometric isobars to show gradients from epicenters of high social capital to epicenters of low social capital. One could also consider analogies with average temperature, a salient indicator of climate change.

What Putnam describes as a decline in trust and reciprocity represents a kind of social chilling, while an increase in crime, mass shootings and aggressive military action represents a kind of over-heating. I am reminded of two lines from Robert Frost: “Some say the world will end in fire, Some say in ice.”

The climate metaphor is more general than the capital metaphor, and therefore enfolds it. Carbon emissions are negative spillovers, originally unintentional, that are changing the global climate, with drastically unpleasant effects that are unevenly distributed. Many of them are decentralized—resulting from people driving their cars to work or cows farting.  Many of them, like coal-fired electricity plants, are geographically concentrated.

Unwillingness to help one another (to return to the Wikipedia definition) is a negative spillover that can create a negative feedback loop.  It is easy to see how this can play out within families and communities. If other people are playing the pure self-interest strategy, it becomes very costly to play an altruistic strategy. Common cultural memes make this clear: “No good deed goes unpunished,” “Nice guys finish last,” and “Every man for himself.” If everyone else is polluting the environment with abandon, a decision to reduce your own carbon emission seems futile.

As Putnam argues, trust and reciprocity probably are encouraged by in-person collaboration. But the coordination problem goes far beyond local interactions in families and communities. It is aggravated by many dimensions of inequality, which sort people into competing groups. People with air-conditioning are less concerned about heat waves than those without. People who live in gated communities are less worried about crime, guns and police than those in low-income neighborhoods. People who are very rich have more to lose from “helping” than those who are very poor.

Informal networks matter, but surely social policies that determine access to health, education, and economic opportunity exemplify “willingness of people to help each other.” More than determining access to crucial resources, they signal appropriate levels of concern for others. They are both cause and effect of social climate.

Trust and reciprocity are crucial to the functioning of a market economy, and they may also foster concern for the well-being of others. But care for dependents—broadly defined as those unable to care for themselves–requires much more than trust and reciprocity. It requires pro-social norms and preferences, based not just on “paying back” but also on “paying forward.”

You don’t need a weatherman to know which way the wind blows. It’s an ill wind that blows nobody good.