Why JoeCare Has a Chance 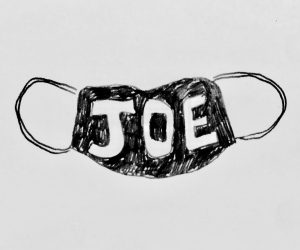 Happy Inauguration Day.  We now have a president who wears a mask. Everywhere. Which is something to be grateful for.

Hope was that the pandemic would help raise awareness of just how much we depend on care work. This hope grows.

A quick list of the three major care-related proposals President Biden has advanced so far:

These proposals have a fighting chance because Democrats have gained two crucial seats in the Senate.

Democrats gained those seats as a result of grassroots campaigns in the state of Georgia.

Sue Halpern offers a great account of their efforts in the January New Yorker, making it clear just how much we owe to canvassers on the ground who spent days knocking on more than a million people’s doors to engage them in a conversation about paid family leave, childcare, and home health assistance

In the words of Jess Morales Rocketto, Director of Care in Action:

“One of the things that we talk about is helping people understand that care is not just a personal responsibility. It’s a collective responsibility. And I think the pandemic has made it really, really clear how hard it is to do it alone and how little support infrastructure there is for families. Because of the pandemic, we are seeing just a seismic shift in how people are thinking about care.”

More than 30% of those surveyed in a post-election poll said that care issues influenced how they voted.

2 comments for “Why JoeCare Has a Chance”