by folbre on January 18, 2021 in care policy in the electoral arena • 0 Comments 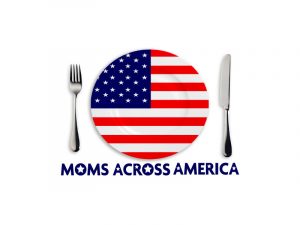 Back in November, if you remember, a much larger percentage of women than men voted for Joe Biden (55% compared to 46%). The big news was that the gender gap remained about the same as in the 2016 presidential election, despite Trump’s callous disregard for women or public health.

Among White women, educational attainment was decisive: only 39% of White women without college degrees voted for the President-elect. This can be interpreted as a class/gender intersection if class is redefined–as I think it should be—to include access to human, as well as financial capital.

I think Thorstein Veblen would approve this interpretation—he argued, back around 1919, that engineers (the “technocrats” of his day) had distinctive priorities that set them apart both from other workers and from employers. Their education gave them access to better jobs, their assigned tasks required respect for science, and they cared more about efficiency than profits.

The college-educated–and especially the holders of advanced degrees–are the engineers of today. They fare better in the labor market than other workers, though they must hustle hard to do so. A significant number of women have been able to take advantage of this route to upward mobility. Partly as a result, feminist priorities have been branded by class differences that have as much to do with credentials as with wealth.

Equal opportunities and protections in paid employment loom much larger for the college-educated, career-oriented women who help design opinion polls than for most women juggling paid work and family work.

Consider, for instance, a  polling question prominent in a recent Brookings report, asking respondents whether or not “significant obstacles still make it harder for women to get ahead than men.” In this context, getting ahead implies individual and material success—access to money, leadership, fame. In 2019, 83% of all Democratic-leaning women, but only 69% of all women, reported that they saw significant obstacles.

This pattern reflects differences in economic paths as much as perceptions of the obstacles upon them. Some people care less about their individual salaries than their contributions to the success of their families and communities. Many women take offense at the idea that such contributions simply reflect a failure to lean into their own careers.

The gender wage gap disempowers women in profound ways, and efforts to reduce it should be a top priority. Yet as historians of feminism have long noted, tensions between “equality” and “difference” are painful.  Should women try to mimic men, or to change the way that masculine priorities are rewarded? These two strategies have very different implications.

One big masculine priority is earnings, our cultural marker of productive contribution. Economist Nicole Fortin offers considerable evidence that women face significant disadvantages in the labor market as a result of putting  more value than men on “working with people” and caring about the “usefulness of a job to others and society.” In short, women tend to be more willing than men to bear the costs of caring for others.

Fortin describes this care gap in preferences as a problem that–like earlier shortcomings in educational attainment–women should try to overcome. From her perspective, concern for others is a formidable obstacle to getting ahead, which tells you something about what “getting ahead” can mean.

Should women “man up”?

I wish that more research on preferences aimed to unpack perceptions of race and class and gender, to uncover intersections between the politics of privilege and cultural definitions of success.

For more of my take on intersectional political economy, check out my new book.

← Manifold Exploitations
Why JoeCare Has a Chance →