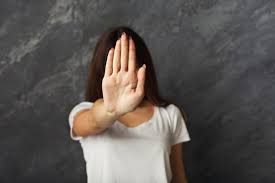 Most of the Left continues to rely—implicitly or explicitly–on an outdated definition of exploitation that distinguishes “economic” differences based on class from “social” or “identity-based” differences based on race/ethnicity, gender, citizenship and other dimensions of socially-assigned group membership.

From this perspective, unpaid care work can be considered unequal, unfair, or unfortunate, but it can’t be considered exploitative, because it doesn’t create any “surplus.” Likewise, racial/ethnic differences in access to public safety, health, and education can elicit protest and condemnation, but nonetheless remain theoretically less central than class struggle.

Ironically, the concept of class struggle itself becomes far-fetched unless intra-class conflicts over access to resources are clearly acknowledged. The rise of right-wing populism around the world cannot be explained away by misinformation, media monopoly, status anxiety, and false consciousness.

A more complex theory of intersectional conflict helps explain why people often find themselves in confusing, somewhat contradictory positions—advantaged in some respects, but disadvantaged in others. Actual loss of relative privilege is more salient than simple lack of access to it.

A more general theory of exploitation highlights the multiple dimensions of institutional power that make it possible for members of some overlapping groups to capture an unfair share of gains from cooperation, leaving others especially vulnerable. Cooperation, in this context, can be, and often is, coerced–the result of actions that leave some participants with no other viable choice.

This “smoking gun” argument is a boiled-down version of my recent article  “Manifold Exploitations: Toward an Intersectional Political Economy,” heated up by last week’s invasion of our nation’s Capitol.

My definition of exploitation is consistent with an online dictionary:  “the action of fact of treating someone unfairly in order to benefit from their work.” However, I like the Wikipedia definition for its greater generality:”one agent taking unfair advantage of another agent.”

Click on the title link above for online open access at the Review of Social Economy. A longer version is coming out in my book The Rise and Decline of Patriarchal Systems, to be published by Verso in February 2021.