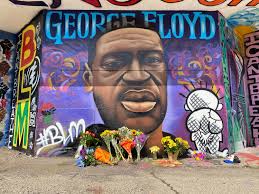 If you don’t know David Sloan Wilson’s work, you should. He’s a pioneer of evolutionary biology, a great communicator, and an advocate for community-level mutual aid. He takes the science of altruism seriously, and helps run an online magazine, This View of Life, that could be a venue for more dialogue between evolutionary biologists and social scientists.

I’d like to share this short essay I wrote for the magazine, under the title “Black Lives Matter and Intersectional Conflict” in June 2020. It’s written for an audience that is familiar with David’s work, but perhaps it will pique your interest.

Humans may be more adept than other primates at discouraging intra-group conflict, but by our own standards, we’re not nearly adept enough. I’m a big fan of multilevel selection, and, in particular, David Sloan Wilson’s emphasis on pro-active efforts to promote more effective cooperation. As a social scientist, however, I think that David’s optimism is overstated in ways that jeopardize his long-run vision. To use Star Wars terminology, he underestimates the Dark Side of the Force in ways that may hamper the ability of the Jedi to overcome it.

The prolonged, intense, and surprisingly international protests that unfolded in May under the Black Lives Matter banner brought one dimension of collective conflict to the fore—the perversion of police powers systematically applied in violent and racially discriminatory ways. It also highlighted the persistence of extreme economic inequalities that have left Black communities, in particular, vulnerable to the depredations of Covid-19.

Wesley Morris, writing in the New York Times, put it this way:

“This country manufactures only one product powerful enough to interrupt the greatest health and economic crisis it’s probably ever faced. We make racism, the American virus and the underlying condition of black woe. And the rage against it is strong enough to compel people to risk catching one disease in order to combat the other.”

Here lie some big questions for evolutionary thinkers: is racism within the U.S. a maladaptive preference–a by-product of the evolution of some other characteristic? Or is it a manifestation of intra-group conflicts with implications for a culturally constructed unit of selection known as race? And, if the latter, how does it relate to other forms of group competition based on ethnicity, citizenship, class, gender, age, sexuality, and other forms of collective identity within the unit of selection known as the nation-state?

Interdisciplinary efforts to answer these questions can draw from intersectional political economy, an outgrowth of a heterodox social science tradition long critical of the individualism of neoclassical economics, emphasizing instead the complexity of collective conflict.[1] Intersectional political economy challenges David Sloan Wilson’s vision of multi-level selection yet also complements it  by devoting more attention to intra-group conflict.

In its simplest version, multi-level selection theory posits a binary distinction between self-interest and group-interest. “Selfishness beats altruism in groups. Altruistic groups beat selfish groups.”[2]  David defines altruism not in terms of motives, but in terms of results that benefit a group, highlighting tensions between competition and cooperation that are potentially mitigated by achievement of some balance between the two.

But the line between competition and cooperation is not so easily drawn. As John Nash demonstrated in his game-theoretic approach to bargaining, the two often go together. Economist Amartya Sen and political scientists Charles Mills and Carol Pateman flesh out the implications with terms such as “cooperative conflict” and “coerced cooperation.” Two parties (whether individuals or groups) may benefit from cooperation, but nonetheless bargain over the distribution of the gains from cooperation. Their bargaining power is strongly affected by their next-best alternative, or fallback position—and, if they are able to capture disproportionate gains, they can invest these in efforts to further improve their fallback—or weaken that of their collaborators.

In other words, cooperation is not always voluntary, democratic or egalitarian, and is often enforced by hierarchical institutions (laws, norms, and unequal asset distributions) that are themselves contested. The tension between overall gains from cooperation and their distribution helps explain why some groups in powerful positions resist technological or social innovations that could make everyone better off—because those innovations might also lower their bargaining power, reducing their slice of a larger pie enough to leave them worse off than before (with a bigger slice of a smaller pie).

Some salient examples from the nineteenth century to the present: slaveholders in the U.S. outlawing the education of slaves, even when this  would have increased slave labor productivity; husbands prohibiting their wives from earning income outside the home despite potential increases in family income; employers preferring a relatively high unemployment rate despite its macroeconomic costs, because it weakens the bargaining power of wage earners; native-born citizens opposing immigration of low-wage workers despite their economic contributions;  and whites fearful of losing their relative advantages over workers of color.

These group dynamics differ from those emphasized in multi-level selection theory, because the groups involved are not nested from small scale to large, like Russian dolls, but   rather based on intersecting, overlapping, variable, even fractal allegiances.  People simultaneously belong to many different socially assigned groups, influenced as much by cultural construction as biological cues.

People don’t have much scope to choose their own gender, age, race, ethnicity, class, or country of origin (or many other dimensions of collective identity) yet are subject to institutional rules based on these characteristics. These rules coordinate their behavior, with hierarchical consequences.

Some people enjoy multiple forms of group-based advantage, some multiple forms of group-based disadvantage. Most people find themselves somewhere in between, often in somewhat contradictory positions that complicate their strategic choices. It hardly seems incidental that the richest and most powerful individuals in the world are white male citizens of the United States, or that the poorest and most disempowered are women of color in low-income countries. This polarity, however, is counterbalanced by a social ecology of co-optive complexity: almost everyone has something to lose from destabilization of the status quo.

In this environment, coalitions play a crucial role, binding groups together in pursuit of a greater share of the gains from cooperation—ideally, in ways that do not reduce the total gains available. Such coalitions depend heavily on moral principles, cultural values, and potential payoffs shaped by environmental specifics. They can coalesce abruptly, as in the case of the protests catalyzed by the murder of George Floyd. The protestors who took to the streets in May and June did so in the name of larger principles of political and economic justice and their persistent intensity created a tipping point that persuaded many bystanders of the need for systemic change.

Yet the resistance to such change remains powerful, not only because individuals are competing with one another for jobs and public assistance, but also because the groups they belong to are orchestrating similar efforts. So, what, exactly, are the “units of selection” here? Not just individuals embedded in successively larger groups, but also cross-cutting sub-groups competing for their allegiance, such as political parties, social organizations, and international movements.

Like Elinor Ostrom, whose path-breaking analysis of conditions for collective governance of common resources informs David’s economic analysis, I believe in the potential for successful democratic cooperation in which gains are equitably shared. However, I see Ostrom’s list of preconditions for such cooperation as incomplete, because it does not adequately address inequality. If individuals—or groups—have very different fallback positions, they are unlikely to agree to equitable sharing rules.

Cooperation itself is less important than the terms on which it is established and sustained. Hierarchical and authoritarian forms of cooperation succeed by distributing just enough benefits to the less empowered to leave them better off than their next best alternative. The only way to beat them is to improve that next best alternative.

That’s what Black Lives Matter, with its emphasis on systemic change, is reaching for.

[1] This is a very brief summary of a section of my forthcoming book, The Rise and Decline of Patriarchal Systems: An Intersectional Political Economy (New York: Verso, 2021).