Up on Down Girl

by folbre on December 26, 2019 in gender inequality and care, gender/care norms • 1 Comment 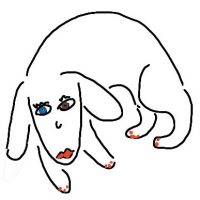 The title of Kate Manne’s book, Down Girl, initially confused me. I thought maybe it was a girl-on-a-train-variety novel or a training manual for dog owners. As the subtitle indicates, though, it’s a treatise on the logic of misogyny. In my view, it’s a very good one.

The dog allusion works, because Manne’s careful analysis of the rhetoric used in discussions of violence against women on-line (and elsewhere) reveals deeply embedded expectations that women should, ideally, be as unconditionally loving and obedient as well-trained pets. Women who fail to successfully enact this ideal become vulnerable to forms of derogation that seem to rationalize vengeful forms of violence against them.

What I most like about the book is its front-loading of care issues, its treatment of sexual submission as a subset of more varied and complex social assignments. Emphasizing the importance of the “emotional, social, domestic, sexual and reproductive labor” that women are trained to provide, she writes (on p. 46):

“Patriarchal ideology  enlists a long list of mechanisms in service of this goal—including women’s internalization of the relevant social norms, narratives about women’s distinctive proclivities and preferences, and valorizing depictions of the relevant forms of care work as personally rewarding, socially necessary, morally valuable, “cool,” “natural” or healthy as long as women perform them.”

Manne has taken some heat for not being more attentive to intersectional differences among women. Susan Watkins, in New Left Review, pillories her sympathy for ruling-class women;  a tag-line labels the book a “moral-philosophical argument for a feminism of the privileged.”

Way too harsh, in my opinion. The book would have been even better if it had explored parallels with equally insidious norms of race and class privilege, including the ridiculous “people generally get what they deserve” trope. But Manne’s analytical treatment of the implicit norms in public conversation creates a useful precedent for just such an extension.

As a small pointer in this direction, consider Bagehot in this week’s edition of The Economist, gloating over the big Tory win in the latest British elections, which he attributed to their deft combination of “patriotism and jollity.”

Unlike Liberals and Labour, “the parties of vegetarianism, book clubs, and meetings,” the Conservatives have always been the party of “champagne, and women and bridge.”

Apparently all jolly parties should include beautiful pets.