by folbre on December 26, 2019 in care policy in the electoral arena • 0 Comments 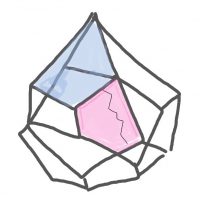 Just use your eyes.

Here’s how Michelle Goldberg of the New York Times saw the impeachment of Donald Trump:

“You could watch the debate with the sound off and understand. All day, Republican speeches delivered by old white men alternated with Democratic speeches from women, people of color and young people. White men make up 90 percent of the Republican caucus and 38 percent of the Democratic one, and the day dramatized the representational gulf in the starkest visual terms.”

Likewise, Dana  Milbank of the Washington Post viewed the final vote on December 18: “To look down from the gallery was to see a House divided: almost all white men on the Republican side, a mosaic of color and gender on the Democratic side.”

Not a vision confined to the U.S. Anticipating a victory for Boris Johnson and Brexit, the Economist of June 15-21, 2019 noted (on p. 50 of the print edition) that “Conservative Party members are 97% white, 71% male and overwhelmingly affluent.”

Populism relies on a complex coalition based on gender, race, and citizenship, as well as class. No one has explained its racist facet in the U.S. better than Ta-Nehisi Coates. Its other facets also deserve serious attention.

Patriarchy has the same root as patriotism: patris, or fatherland. Historically, national interests have been identified with hypermasculine prowess and derogation of the feminine: Praise be to the founding fathers and their warriors.

The coalition is based on the fierce desire to defend historical advantages, sold by the false promise that all its members will benefit. This coalition currently enjoys the power to bend light in utterly blinding way. Still, it  is made of glass susceptible to fracture. The increased concentration of global wealth represents one conspicuous internal flaw. The growing gender gap represents another.

Jennifer Rubin of the Washington Post summarizes a recent poll showing Donald Trump with a 58% approval rating among men, but only 37% among women; among respondents ages 18-34, 70% of men, but only 30% of women approve of his performance.

Polling evidence also shows that women’s and men’s views of the economy began to significantly diverge once President Trump came into office. This is hardly surprising, since women still take primary responsibility for family care, and they are concentrated in the “care sector” of the U.S. economy—health, education and human services.

In a recent poll, most respondents associated universal health care and tuition free-education with socialism. It also found that a majority of women, but not of men, would prefer to live in a socialist rather than a capitalist country.  Looks to me like a care-related hairline crack in the crystalline coalition.

P.P.S. Also, interesting  piece by Nancy Cohen in the New York Times on Republican women as an endangered species.

← What IS the Economy, Stupid
Up on Down Girl →