What IS the Economy, Stupid

by folbre on December 17, 2019 in measurement and valuation of unpaid care work • 1 Comment 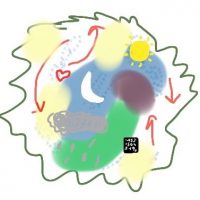 A lean, bald-pated, drawling political strategist from Louisiana named James Carville helped Bill Clinton win an election in 1992 by reminding campaign staff of the importance of “the economy, stupid.” A recession that year probably helped unseat George Bush the First. As another presidential election looms, we’re hearing the same drumbeat. An unemployment rate lower than most economists thought sustainable in this day and age has emboldened Republicans everywhere, possibly contributing to their maniacal behavior.

But the economy ain’t what it used to be. The slippery doggone thing keeps morphing into something else. Once upon a time, everyone agreed on how to measure its performance with a simple, tripartite scorecard: the unemployment rate, the Dow Jones Industrial Average, and the growth of Gross Domestic Product–something for workers, something for investors, and something (supposedly) for everyone. This set of numbers is still a routinely recited mantra of economic journalism,  from the Wall Street Journal to National Public Radio’s Marketplace.

The mantra, however, is losing its mojo. The unemployment rate says little about those who have given up looking for paid employment or stuck in crummy jobs. The Dow Jones is far less representative of the larger stock market than it once was. Measures of growth say nothing about how its goodies are distributed. Burgeoning concerns about increased income inequality have sparked efforts to develop so-called distributional accounts that would assess changes in the  income of different groups within the U.S. population.

An even bigger, more conceptually profound problem is that the market economy provides only a small portion of the goods and services we rely on. Time devoted to non-market work—such as cooking meals, sweeping floors, taking out garbage, and looking after kids, people suffering illness or disability, and the elderly, accounts for about one-half of all labor hours in the U.S. today (See Table A.1 of tables for the 2018 American Time Use Survey). The value of this time is not factored into GDP.

Nor does GDP include any valuation of  unpriced environmental goods and services—including a stable climate—though the cost of replacing them or compensating for their loss would totally swamp current estimates of the value of global market output.

Failure to recognize that the market economy is only relatively small part of a  much bigger and more complicated global provisioning system contributes to political confusion. For instance, in a recent New York Times op-ed, Farhad Manjoo counterposes a “generational culture war” with “fighting the rich” as though these two are mutually exclusive.  It does not occur to him that generational differences in access to natural resources, ecological diversity, and environmental sustainability have an economic dimension.

Indeed, many of the curses hurled at “identity politics” seem to assume that age, gender, race/ethnicity and citizenship are  subjective phenomena with purely psychological or cultural valence. On the contrary, these dimensions of identity are, like class, important determinants of access to resources and opportunities, as well as protection against opportunistic violence.  A truly comprehensive set of distributional accounts would look beyond the metric of the market. The economy is much bigger, more complicated, and more colorful than economists have led us to believe.