Cut Child Poverty by Half

by folbre on March 8, 2019 in care policy in the electoral arena, work-family policies • 0 Comments 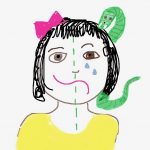 Right now about 13% of U.S. children live in families with incomes below the poverty line. One could quibble with this number (based on the Census Bureau’s Supplemental Poverty Measure) but not with empirical research showing the long-term negative effects of poverty (especially deep poverty) on children’s development.

Among other things, it includes simulations of the effects of alternative policy packages, which typically include some combination of child care assistance and cash transfers.  One of the scenarios estimates that resulting increases in parental earnings would  exceed the costs.

These exercises in “targeting science” will shape debates over family policy in the U.S. for years to come.

If kids could vote, they would change the face of government in this country. If they could assign grownups some required reading (along with study guides,  discussion questions and quizzes), this report might top the list.