by folbre on March 7, 2019 in care policy in the electoral arena, child care and education, work-family policies • 1 Comment 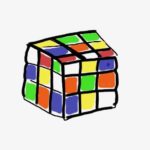 Like one of my journalist faves, Katha Pollitt, I would like to move public support for child care higher on the progressive wish list. So I was happy when Senator Elizabeth Warren stepped up with a specific proposal; I hope she has garnered enough publicity to send other potential presidential candidates to their drawing boards and spreadsheets.

The Warren proposal gets good marks from most progressive policy wonks (including Paul Krugman). It is well-targeted to help a large majority of families, offered for free to families with incomes below 200% of the federal poverty line, with a sliding fee scale capped at a maximum of 7% of family income.

It emphasizes care quality and also calls for big  improvements in the wages and working conditions of childcare workers. Because it would be federally supported but locally-administered, it would make use of existing childcare facilities, building on the Head Start program and also providing a more stable source of revenue for existing child care providers. According to Senator Warren’s estimates, the federal subsidies could be fully funded by her proposed Ultra-Millionaire Tax.

In other words, it seems edgy but possible. If implemented, would almost certainly have positive effects. So what’s not to like?

First, the Warren proposal misses an opportunity to expand public education and create a more seamless transition from pre-kindergarten to early elementary school education, a strategy promoted by the Foundation for Child Development. Looking to France, among other countries, I’d prefer a completely universal, high-quality public program mandated to provide assistance on evenings and weekends as well as conventional work days.

Second, the Warren proposal, like the Affordable Care Act, is a means-tested program with complicated and divisive effects. Many working-class families (especially those with two earners) will be unsure of the actual price they will pay. If their earnings increase, their costs will go up.

The benefit reduction experienced by families in the lower middle of the earnings distribution has the same effect as an increase in taxes—and can generate political resentments. Even the positive effects of an increase in the minimum wage can be partially neutralized by reductions in eligibility for subsidies.

As Karen Weese observed in Slate , “how states determine who is and isn’t eligible for child care assistance can plunge families into financial turmoil.” Uncertainties can reduce vital political support from families in the middle of the earnings distribution.

Finally, and  perhaps most importantly, the U.S. has a long history of under-funding means-tested programs, leading to long and frustrating waiting lists for access to them. As Kathleen Geier points out in In These Times, it’s not clear that the Warren proposal would successfully increase the supply of childcare slots.

On the other hand, this proposal, like Obama’s  Affordable Care Act, would do good, and possibly set the stage for bigger things.  It may have more political mojo than a universal child care program right now.  I’m just waiting to see if another Senator (guess who?) might come up with a more ambitious but equally specific plan.

P.S. In 2016, a Gallup poll found that 59% of Americans support the idea of free child care and pre-kindergarten programs for all.

← Love Among the Synths
Cut Child Poverty by Half →