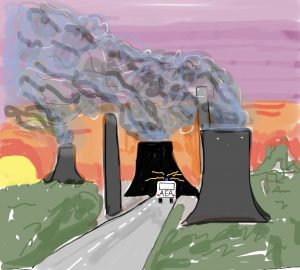 Things have been heating up, gender-wise, in the economics profession. Last year, a UC Berkeley undergraduate named Alice Wu applied tools of text mining and machine learning to develop an econometric analysis of the language used on a website known as Economic Job Market Rumors. The results offered striking evidence of some very unpleasant–and highly sexualized–gender stereotyping. Explicit complaints of sexual harassment were recently lodged against well-known Harvard professor Roland Fryer, and in mid-December, he resigned from the Executive Committee of the American Economics Association (AEA).

This was the very committee that voted last April to establish a standing Committee on Equity, Diversity, and Professional Conduct, and recently fielded a web-based survey (restricted to members of the Association) in an effort to collect information about experiences of discrimination and harassment. I took the survey several weeks ago; it seemed thoughtful, well-designed, and interesting; I look forward to seeing the results when tallied. Other professional associations in the U.S. and elsewhere might consider it  a model for additional survey research.

I was struck by  the use of the word “climate” to describe the professional environment, which seems entirely appropriate to me: something vital but difficult to define,  non-excludable in consumption for those of us in the profession, a public good vulnerable to a variety of social toxins. Economists tend to use the term “social capital” to describe levels of trust, affection, civility, etc, but while that metaphor has its uses, it implies something that can be accumulated, with a clear rate of return.

Climate is fuzzier, defined in the survey as “behaviors and attitudes within a workplace or learning environment, ranging from subtle to cumulative to dramatic, that can influence whether an individual feels personally safe, listened to, valued, and treated fairly and with respect.”

In addition to asking detailed questions about sexualized behavior and responses to gender identity, the survey asks “Do you currently have substantial parenting or caregiving responsibility, such as for any of the following: children, sick or disabled partner, senior or other family member?” I would  (predictably) have liked more details on this theme, but at least caregiving gets a mention.

Note on the graphic: It’s hard to tell from my Ipad sketch but the little white car  rushing toward the source of pollution  is an ambulance with AEA on the license plate and a little blue emergency light on the top.