by folbre on September 1, 2015 in care policy in the electoral arena • 0 Comments 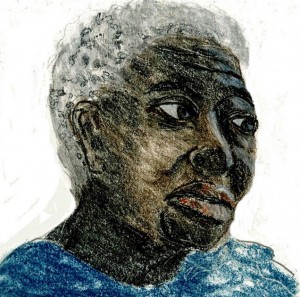 You have an important opportunity between now and September 4 to weigh in on a proposed U.S. Department of Labor rule change that would offer more overtime protection to salaried workers. This may seem like a somewhat indirect, even bureaucratic, way to stick up for workers rights, but it will matter. Consider it a contribution to a long and venerable political struggle.

Evelyn Coke was a home care worker for twenty years. Her employer, Long Island Care at Home, paid her below the minimum wage and denied her overtime pay. The U.S. Supreme Court ruled in 2007 that there was nothing wrong with this. The U.S. Labor Department had designated them  “companions” rather than workers,  therefore exempt from the Fair Labor Standards Act.

While Evelyn Coke lost her court case, she put her beautiful face on a long fight for the rights of home care workers. With encouragement from the Obama administration, the Labor Department implemented a rule change extending basic labor market protections to home care workers. Home care agencies mounted a legal challenge, but a federal appeals court ruled in favor of the change on August 21, 2015. Its implementation and enforcement are now moving forward.

In the U.S., the  indignities imposed on low-income workers often foreshadow those coming down the road for others. Even as home care workers suffered from their designation as mere companions, many  salaried workers (like, for instance,  the manager of your local convenience store)  found themselves classified out of coverage from overtime regulations.

Many people we think of as middle-class have been affected. The so-called “white-collar exemptions,” the job classifications and salary thresholds defining eligibility for overtime, are grossly out of date and out of touch with current economic realities. Currently, only about 8% of salaried workers are covered, compared to about 60% in 1975.

The Obama administration recently announced rule changes that would ameliorate this problem, increasing the salary threshold from about $24,000 to about $50,000 a year. As part of its administrative process, the Department of Labor invites interested parties to submit comments.

As someone who read through most of the public comments on the earlier rule change regarding home-care workers I can tell you it is a  very political process. Those resisting change typically invest heavily in efforts to mobilize and express opposition in this forum. Still, every possible point of view is represented, providing a kind of archaeological record of decentralized debate.

I plan to go to the Department of Labor comments site and summarize a paper I published in 2004, titled “A Theory of the Misallocation of Time.” In it, I explain why decisions about working hours can’t be described simply as a matter of personal choice. Rather, they exemplify what game theorists call a coordination problem. Even if every worker would prefer to work fewer hours, the inability to coordinate with one another as they compete for scarce jobs  forces everyone to work longer hours than is either desirable or efficient.

Many readers of this blog also have informed opinions on this issue. I estimate that you could share them with the Department of Labor in less than three minutes.

Drawing by Nancy Folbre, inspired by a Todd Heisler photograph.