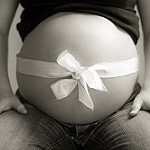 Guest post by Laura Sylvester, graduate student at the Center for Public Policy and Administration and the School of Public Health and Health Sciences, University of Massachusetts Amherst. Laura drafted the initial version of the Pregnant Workers Fairness Act and has been actively involved in organizing and advocating for its passage for the past 18 months.

The Massachusetts Pregnant Workers Fairness Act (PWFA) is one step closer to becoming law after last month’s hearing before the Joint Committee on Labor and Workforce Development. The Hadley, MA organization MotherWoman, together with a coalition of nonprofits, unions and agencies, organized testimony from women who had experienced discrimination while pregnant on the job, economists, medical providers, union leaders, legal experts, business owners, and faith leaders.

A letter of support signed by several Massachusetts economists describes the specific policy issues in some detail.

The most compelling in-person testimony at the hearing came from the women who had experienced discrimination: a nurse who worked at an elite private college in Cambridge, an IT worker at a women’s college in Western MA, a hotel housekeeper in Boston, and an industrial laundry attendant in central MA. All experienced serious health and emotional consequences, including miscarriage, as a result of discrimination and harsh working conditions, and illustrated that discrimination happens at all points of the economic spectrum and throughout the state.

Attorney General Maura Healey and Treasurer Deb Goldberg also testified in support of the bill. The MA PWFA is sponsored by Rep. Ellen Story and Senator Joan Lovely and would make it illegal for employers to fire or otherwise discriminate against pregnant workers when they ask for reasonable accommodations such as a stool to sit on, extra water or bathroom breaks, or temporary assignment to light duty in the later stages of pregnancy. In addition it would compel employers to provide “clean non-bathroom space” for women to nurse or express breast milk. The law benefits employers and employees alike by clarifying the language around pregnancy discrimination and protects employers from having to provide any accommodations that cause them undue hardship.

The bill was favorably released from the Joint Committee on Labor and Workforce Development and is now with the House Ways and Means Committee.

If you’re interested in adding your name to the economists’ letter of support linked above, please contact Laura Sylvester at lsylvester@pubpol.umass.edu.

Thanks to Torsten Mangner for use of his photo posted on flickr.com with a Creative Commons license.

← Work for Profit (or Not)
Make Time for Overtime →