The Rape of the Yezidi 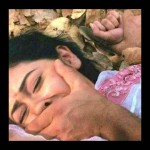 Plutarch described the Rape of the Sabine Women as a formative stage of the founding of Rome, an episode dramatized by many of the most famous artists of the Western world, including Peter Paul Rubens and Pablo Picasso. Historian Miriam Gebhardt has recently published a book contending that large numbers of American soldiers raped German women in the early days of the Allied occupation after World War II. Horrific levels of systematic rape in the Congo have been widely reported, but not effectively prosecuted.

This is only a partial litany. Rape is often a conspicuous feature of the conduct and aftermath of violent collective conflict. But seldom, if ever, has it been explicitly organized and religiously justified on a scale comparable to the ISIS sexual enslavement of non-Muslim Yezidi women, recently documented in some detail in the New York Times.

Several feminist friends and colleagues included me on group emails asking whether something could be done to organize constructive response or resistance. I learned of a couple of useful posts in the Wall Street Journal, one by Haleh Esfandiari of the Middle East program at the Woodrow Wilson International Center for Scholars, urging Muslim clerical leaders to speak out, and another coauthored by Esfandiari and Kendra Heideman (affiliated with the same program), linking to descriptions of an “underground railroad” trying to organize rescues.

A website with the compelling title Women Under Siege, sponsored by the Women’s Media Center, has collected some crowdsourced data on systematic sexual violence in Syria and elsewhere in the Middle East. Some of these reports helped motivate the New York Times’ reporting.

The British newspaper The Guardian has extensively described a number of efforts to end organized sexual violence, including a global summit organized last year by Hollywood celebrity Angelina Jolie in conjunction with William Hague of the UK. (Angelina, you have never looked better to me).

I happened upon a poignant description of an installation in Kosova by artist Alketa Xhafa-Mripa, who collected skirts from women who had been raped in the Bosnian War and hung them together in a public memorial—5000 of them, including one made of red satin bearing the words “this dress has a bitter story.”

I can’t assess any of the organizations such as the Free Yezidi Foundation that are now collecting funds for aid to the Yezidi. But I can urge you to do whatever you can to help and to make their bitter story better known.