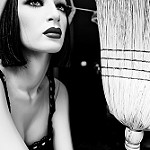 Claire Cain Miller’s recent article on mothers’ “career pauses” reminds me of Lisa Belkin’s controversial piece, “The Opt-Out Revolution,” published about twelve years ago. In both instances, women’s expressed preferences get more attention than their particular economic circumstances, making it difficult to assess the choices available to them (a point Myra Strober made in a previous post and that Pamela Stone eloquently explained in response to Belkin).

Also in both instances, the spotlight plays on women who can fairly be described as elite. Ms. Miller, for instance, elaborates on the experiences of graduates of Harvard Business School.

Looking around for recent research on these issues, I came across some startling—and to my eye, quite convincing—empirical  analysis by economist Joni Hersch, showing that mothers who have graduated from elite educational institutions are more likely than other college-educated mothers to drop out of paid employment. It may seem counterintuitive, since these women have higher actual and potential earnings, but they also tend to be married to higher earning men.

The effect of higher family income seems to dominate. Hersch notes that these mothers devote substantial time to the concerted cultivation of their children, presumably so that they, too, can gain admission to an elite school. Increased earnings inequality enters the picture as both a cause and a consequence of variation in women’s work trajectories.

This analysis does NOT imply that graduates of elite institutions are unaffected by structural problems such as lack of family-friendly jobs or publicly provided childcare. As a previous article by Miller makes clear, plenty of mothers who graduated from Harvard Business School saw their hopes of achieving work/family balance dashed.

But Hersch’s research does explain why trends at the very top are not representative even of the college-educated, much less the majority of the population of working mothers.

When I first read Miller’s article, the term “career pause” seemed more accurate to me than  “opting out.”  Now, it seems to me that we need both terms.

Thanks to Thomas Hawk for making his image of “Stay at Home Mom” on Flickr.com available  through a Creative Commons License

← Options Other than Opting Out
The Rape of the Yezidi →