The Dollar Value of Grown-Up Care

by folbre on July 16, 2015 in home and community-based care for the sick, disabled or frail, measurement and valuation of unpaid care work • 1 Comment 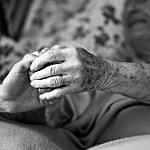 I love the title of the regular–and recently updated– AARP Public Policy Institute report estimating the value of family care for adults with limitations in daily activities: “Valuing the Invaluable.” It calls attention to the estimated replacement cost without fetishizing the dollars.

If those family members were not on the case, money expenditures on health and long term services would be far higher and taxpayers would be footing a large part of the bill.

The report estimates that about 40 million family caregivers in the U.S. provided an estimated 37 billion hours of care  with an estimated dollar value of $470 billion.

One small quibble: the report continues to refer to care for adults with limitations in daily activities (which includes many frail elderly as well as individuals with disabilities) as “family caregiving.” I think that term should also encompass  the value of care for children.  Just a nomenclatural issue, but one that calls  attention to the need to think about the totality of family care.

I’ve heard some people say that child care is different because it’s often “more fun.” Not necessarily true, and whether it’s fun or not fun is not the point. Work is no less valuable if it’s fun (I’m working for fun right now).

Thanks to Brian Wolfe for use of his photograph above posted on Flickr.com with a Creative Commons license.