What is She Worth? How to Value (Or Not to Value) a Woman’s Life

by folbre on October 26, 2008 in measurement and valuation of unpaid care work • 0 Comments 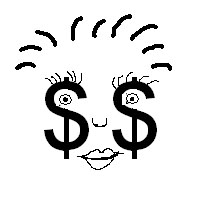 The 9/11 Victims Compensation Fund dispensed death benefits for female victims that averaged only 63% of those for male victims. Why? Special Master Kenneth Feinberg was instructed to use a formula similar to that used in U.S. courts, taking victims’ estimated future earnings into account. For more details, see his fascinating book, What is Life Worth? (Public Affairs, 1995).

Women earn far less than men over their lifetimes, partly because they devote less time to paid employment. U.S. courts often ignore or undervalue women’s other productive activities: doing housework, preparing meals, caring for family members, and volunteering in the community. Some states allow consideration of the value of such activities in wrongful death suits but others do not.

Legal precedents reflect a long–but largely unexplored–history of gender bias in political economy that has been challenged by feminists since the mid-nineteenth century. The powerpoint presentation you can access here provided the basis for my recent presentation in the Feinberg lecture series at the University of Massachusetts Amherst. The lecture provided a brief intellectual history of debates over the”unproductive housewife” that help explain the gender-biased assumptions that continue to distort U.S. policies. It described the tools that feminist economists today are using today to estimate the value of non-market work. However, it also emphasized the need for a truly interdisciplinary–rather than purely economistic–approach to the valuation of both non-market work and human life.

My colleague in the Resource Economics department, Sylvia Brandt, noted that estimates of the value of human life used by government agencies such as the Environmental Protection Agency may also give short shrift to the value of women’s non-market work. We plan to collaborate on a more detailed analysis of this issue at some point in the future. Let us know if you have expertise in this area and might also be interested.

← The Motherhood Penalty
Jobs for Whom? →