Skip to the content
The University of Massachusetts Amherst
The Dollars and Sense blog featured Ben Bernanke’s undeservedly easy week. Bernanke got a pass for reappointment from the Senate Banking Committee and was named Time’s Person of the Year for 2009. The blog post featured the comment of UMass Econ Professor Gerald Friedman.

Bernanke, Time, Senate Banking Committee by Dollars and Sense
I asked Jerry Friedman, who wrote Bernanke’s Bad Teachers for our July/August issue, to give us his reaction to Time’s announcement. Here’s what he had to say:

In picking Ben Bernanke as Person of the Year, Time Magazine recognizes the man responsible for the little good and much bad that has characterized policy the worst economic crisis since the 1930s. When President George W. Bush appointed him to succeed Alan Greenspan as head the Federal Reserve, Bernanke was Chair of the President’s Council of Economic Advisors and an acknowledged acolyte of Milton Friedman. Like Friedman and Greenspan, Bernanke believes in “Say’s Law” or the principle that individual action through markets will eliminate unemployment. To Bernanke, the current crisis was caused by government mistakes, particularly the misalignment of currencies and the subsequent Chinese savings glut which, when it flowed into the United States housing market, led to an unsustainable real-estate boom. To address the subsequent financial crisis, Bernanke has been willing to move very aggressively but his actions have stopped with the Wall Street bailout because he sees no broader ramifications of the crisis. Confident in free-market capitalism, there is, for Ben Bernanke, no problem with free capital markets, no concern that growing income inequality or changing industrial policy may be undermining effective demand, and no reason, therefore, to revisit the conservative and pro-business policy decisions made during the neo-liberal era that began in the 1970s.

UMass Prof James K. Boyce had a guest post earlier this week at the influential Baseline Scenario blog (Simon Johnson and James Kwak on the crisis of ’08 and beyond—considered required reading at the White House). Boyce outlined the state of play of Climate Protection legislation in the United States.

Baseline Scenario — New Deal for U.S. Climate Policy?
This guest post was submitted by James K. Boyce, an economist at the University of Massachusetts, Amherst. He has been a proponent of a “cap-and-dividend” policy to curb global warming while protecting the incomes of American families.

Last Friday, Senators Maria Cantwell (D-WA) and Susan Collins (R-ME) unveiled the CLEAR (Carbon Limits and Energy for America’s Renewal) Act, which could break the impasse in the debate over U.S. policy on climate change (McClatchy coverage is here.)

CLEAR has won a favorable reception from a broad swath of the political spectrum, ranging from ExxonMobil to Friends of the Earth. The scroll of supportive statements on Cantwell’s website includes praise from the AARP, the American Enterprise Institute, former U.S. Labor Secretary Robert Reich, Alaska’s Republican Senator Lisa Murkowski, and MoveOn.org.

* 100% of the permits to bring fossil carbon into the U.S. economy will be auctioned from day one – there are no permit giveaways.
* 75% of the auction revenue is returned directly to the public as equal per person dividends.
* 25% of the auction revenue is devoted to investments in energy efficiency, clean energy, adaptation to climate change, and assistance for sectors hurt by the transition from the fossil-fueled economy.
* Zero offsets are allowed: polluters cannot avoid curbing use of fossil fuels by paying someone else to ostensibly clean up after them.

The Cantwell-Collins bill also strictly limits the buying and selling of permits to prevent carbon market speculation and profiteering.

In all these respects, the 39-page CLEAR Act differs markedly from the Waxman-Markey (ACES) bill that passed the House in June, whose cap-and-trade provisions (Title III) alone run to 410 pages. Waxman-Markey initially gives away 85% of the permits. Dividends to the public eventually would grow to about half of the permit value pie, but not until the 2030s. The House bill’s offset provisions would turn the emissions cap into a sieve, and have stoked worries about creating a “subprime carbon market” (see and Annie Leonard’s animated primer). We need to cap carbon, but we do not need to cap-and-trade or, especially, cap-and-give-away. Instead, we should cap-and-dividend.

The New York Times reported on the on the legislative sausage-making that went into Waxman-Markey. The redolent process, lubricated by special favors to special interests, has stalled since June with legislative arteriosclerosis; its backers now hope that passage can be cleared by implanting stents to boost nuclear power and transform America into “the Saudi Arabia of clean coal.”

The road to a Senate-led compromise is open: CLEAR could replace Title III of the House bill, while keeping the other titles that set forth non-price policies to promote energy efficiency and clean energy. The resulting comprehensive climate policy could have a real chance of becoming the law of the land – and the air – in the year ahead.

In this month’s Dollars and Sense, UMass Professor of Economics Gerald Friedman offers a clear, chilling, and historically informed assessment of how the Crisis of 2008 will continue into 2010 and beyond as the States, hobbled by limited fiscal capacity, will be forced to cut jobs and public services.

The Economic Crisis in the States — By Gerald Friedman — Dollars and Sense: Real World Economics

… without serious action, a sharp drop in government employment, with a loss of a million jobs or more, is what we can expect over the next year. This has implications for the economy as a whole and also for the well-being of large parts of the American public who depend on state and local government services. Two intrinsic features of the American system of government come together to threaten a social disaster: the limited capacity of state and local governments to spend beyond their immediate revenues even in the harshest economic crises, and our peculiar federal system in which education and social services are largely funded by local and state authorities rather than by the federal government, with its deep pockets and ability to spend beyond its revenues as needed to maintain existing services….

Papers by UMass Economist Lee Badgett with law faculty co-authors R. Bradley Sears (UCLA) and Suzanne Goldberg (Rutgers) form the basis of the answers to “Questions about Same-Sex Marriage” on the GayBoomers (news for the middleaged queer and more) blog. A working paper by Deepankar Basu, the newest addition to the UMass Economics Department, provides an “Analysis of Classes in India: A Preliminary Note on the Industrial Bourgeoisie and Middle Class.” An excerpt appears on the influential blog Sanhati: Fighting Neoliberalism in Bengal and Beyond. The paper also earns favorable mention on the Epoliticus blog.

Sick of being trampled by the big boys ridin’ their bulls and bears? SAFER was founded by UMass Econ Chair Gerald Epstein and Jane D’Arista to bring sanity and safety to the financial system.

James Garang has overcome extraordinary challenges to study economics at UMass Amherst. A recent news article described his ongoing odyssey and an upcoming event to support him.

Garang is a former “Lost Boy” of Sudan and has been in the United States since being resettled here as a refugee in 2001.

He married his wife on a visit back to Sudan in June 2007, and their son was born after his return to Amherst, where he is a graduate student in economics at the University of Massachusetts.

November 30, 2009, 9:06 am
Sex, Abortions and Health Insurance
By NANCY FOLBRE
An economist asks: Are reproductive rights activists overreacting about the Stupak-Pitts amendment in the health care reform legislation?

[excerpt] With sex (as with food and exercise) Americans don’t seem, on average, to be very good at planning. Almost one-half of all pregnancies — and about one-third of births — are described as “unintended.”

We need insurance for a reason.

November 23, 2009, 7:45 am
The Case for Worker Co-ops
By NANCY FOLBRE
Worker-owned and -managed businesses combine the romance of entrepreneurship with a commitment to community, an economist writes. But are they better than traditional companies?

November 16, 2009, 6:32 am
Workers of the World, Incorporate
By NANCY FOLBRE
A move toward establishment of manufacturing cooperatives represents a new direction for the American labor movement, an economist writes.

Cap and Dividend: A State-by-State Analysis, a PERI Working paper by UMass Econ Professor James K. Boyce and Ph.D. student Matthew Riddle, is in play this month in Washington in the debate over how best to price carbon and distribute the proceeds. Boyce and Riddle point out that auctioning 100 percent of carbon permits and returning most of the auction revenue to citizens on a per capita basis would provide significant net benefits to the majority of citizens, even in carbon-intensive states. 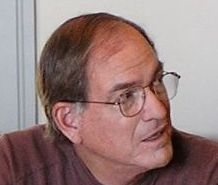