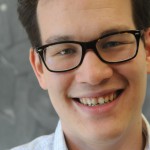 On April 15, UMass Amherst Economics Department Graduate Student Thomas Herndon and Professors Michael Ash and Robert Pollin published a working paper titled, Does High Public Debt Consistently Stifle Economic Growth? A Critique of Reinhart and Rogoff. In the paper the authors examine Reinhart and Rogoff’s research on the relationship between public debt and GDP growth for advanced economies in the post-World War II period. Reinhart and Rogoff argue that the rate of economic growth for these countries has consistently declined precipitously once the level of government debt exceeds 90 percent of the country’s GDP. In recent years, Reinhart and Rogoff’s results have been highly influential as support for austerity policies in both Europe and the United States.

Herndon, Ash and Pollin find that a series of data errors and unsupportable statistical techniques led to an inaccurate representation of the actual relationship between public debt levels and GDP growth. They find that when properly calculated, average GDP growth for advanced economies at public debt-to-GDP ratios over 90 percent is not dramatically different than when debt-to-GDP ratios are lower.

Almost immediately the Herndon, Ash, Pollin findings went viral with lots of social media buzz on Twitter and Facebook. The story has continued to garner extensive national and international coverage. Below is a list of media coverage since June 2013, including the Mother Jones cover story for September/October.

Mother Jones, 9/23/13 – Cover Story
It’s the Austerity, Stupid: How We Were Sold an Economy-Killing Lie

In January 2010, as the global economy was slowly beginning to claw its way out of the depths of the Great Recession, the Harvard economists Carmen Reinhart and Ken Rogoff published a short paper with a grim message: Too much debt kills economic growth. They had compiled a comprehensive database of debt episodes throughout the 20th century, and their data told an unmistakable story: Time and again, countries that rack up high debt levels have gone on to suffer years—sometimes decades—of stagnation.

As economics studies go, it was nothing short of a bombshell. As its conclusions were invoked from Washington to Brussels, tackling the recession suddenly became less important than tackling deficits. For the next three years, stimulus was out, austerity was in, and the protests of critics were all but buried amid the headlong rush to slash spending.

But then, on April 15 of this year, a trio of researchers at the University of Massachusetts published a paper that took a fresh look at Reinhart and Rogoff’s study. It turned out there was a problem: R&R had presented data from a list of 20 countries that filled lines 30 through 49 on a spreadsheet. But the formula that calculated the results relied on lines 30 through 44. Oops.

On its own, the spreadsheet error had only a modest effect on the paper’s conclusions, but the UMass team had other, weightier criticisms that taken together called R&R’s conclusions into serious question. Still, under ordinary circumstances the whole thing would have been little more than a dry academic debate.

But these were far from ordinary circumstances. Like a well-aimed snowball that sets off an avalanche, the UMass paper changed everything.

Washington Post Wonkblog, 9/19/13
Everything you need to know about the deficit

Quartz.com, 6/12/13
Economists looked even closer at Reinhart and Rogoff’s data—and the results might surprise you

The Globe And Mail, 6/5/13
Rogoff-Reinhart put cart before the horse

TruthDig.com, 5/31/13
Not ‘A Shred of Evidence’ to Support Reinhart and Rogoff

Dollars & Sense, May-June 2013
Greece and the Crisis of Europe: Which Way Out?