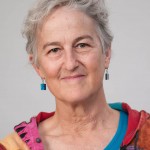 In this Economix blog post, UMass Amherst professor emeritus Nancy Folbre discusses the lack of measured value of housework in our economic indicators. A stay-at-home spouse’s work is not counted towards GDP, but, at equal income levels, a single-income household where the other spouse performs 20 hours of housework per week is better off than a dual-income household where there is no stay-at-home spouse. (New York Times, 9/9/13)

Valuing Houses but Not Housewives
by Nancy Folbre

“Home ownership allows people to invest in an asset they own, enjoying the services of that asset rather than paying rent to somebody else. That’s why imputed rent is calculated as a component of personal income in national income accounts – an important exception to the rule that only monetary transactions are included.

A stay-at-home spouse who specializes in unpaid work also increases household living standards, by reducing the need to purchase services like child care, housekeeping, gardening and meals away from home. Imputations of the value of this work are included in some experimental national income accounts but are largely ignored in discussions of public policy, with some perverse consequences.

The same double standard is applied to married housewives, who are typically described as “not working,” although on average they spend more than 40 hours a week in activities that someone else could be paid to perform. Of course, lots of people do unpaid work, not just stay-at-home spouses. And when married women engage in paid employment, they don’t reduce their hours of unpaid work enough to compensate, working longer hours overall.

Still, a comparison of the unpaid work hours provided by married women with children under 18 when they work full-time for pay and when they are not employed shows that the latter – the “housewives” – provide more than 20 hours extra a week of unpaid work.

Yet the rules governing access to benefits like the earned income tax credit are based on money income, regardless of the number of adults working for pay or the level of unpaid family work.”