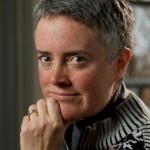 In a letter to the editor of the New York Times, M.V. Lee Badgett, UMass Amherst economics professor and director of CPPA, responds to an op-ed that takes issue with her research on the positive economic impacts of same-sex marriage.

The author of the op-ed argues that using economic arguments to advance LGBT rights “dehumanizes” gays and lesbians and suggests that basic human rights should apply to citizens only when it makes good economic sense.

Badgett responds by noting that economic arguments are only one piece of the debate over same-sex marriage.  Furthermore, she notes, the claim is often made that equal rights for gays and lesbians is too expensive, especially in states that are currently struggling to balance budgets.  Research like hers that shows the economic benefits of equality disproves that claim. (New York Times, 5/16/11)

M.V. Lee Badgett, UMass Amherst economics professor and director of the Center for Public Policy and Administration, co-authored an editorial in the Worcester Telegram and Gazette. The editorial, “The High Costs of Discrimination,” discusses the costs associated with Massachusetts’ failure to pass legislation prohibiting discrimination based on gender identity to both the individuals as well as the state’s economy. The op-ed is based on a the study, “The Costs of Employment Discrimination Against Transgender Residents of Massachusetts,” conducted by Badgett’s co-author, Jody L. Herman of the Williams Institute at UCLA.

Owen Thompson, UMassAmherst economics graduate student, is the recipient of a $10,000 Center for Research on Families (CFR) Family Research Graduate Student Grant. Thompson will work under the advisement of  Michael Ash, UMass Amherst economics professor, on a project titled: “The Determinants of Racial Differences in Parenting Practices.” Owen will explore the impact of early childhood experiences on subsequent health and socioeconomic outcomes.

Nancy Folbre, UMass Amherst economics professor, writes in the Economix blog about how large numbers of unemployed workers in the U.S. may be left behind because the close relationships between economic recovery, job creation and increased profits are being frayed by globalization. Folbre cites a paper co-authored by Deepankar Basu, assistant professor of economics at UMass Amherst. Basu and his co-author found that there is a weakening correlation between output growth and employment growth in the United States. This means that even as the economy grows, employment has not risen as much as the models predicted. Folbre’s blog also notes that the unemployed, in addition to not being needed by business, become increasingly viewed as a drag on society because they spend less and depend on unemployment benefits. (New York Times, 5/2/11)

Macroeconomic models of these relationships based on historical data are increasingly obsolete. As Deepankar Basu and Duncan Foley argued in a recent Political Economy Research Institute paper, the correlation between output growth and employment growth in the United States has declined in recent years.

Foreign-owned businesses may locate in the United States, helping compensate for declining investment by American multinationals. But as all businesses become more footloose, they have less incentive to support public spending on education, health, human services or social safety nets, including unemployment insurance.

Unneeded as workers, the unemployed also become superfluous as consumers and burdensome as citizens.

Cutting unemployment benefits (as was just accomplished in Michigan and is well under way in Florida) becomes just another means of cutting losses.