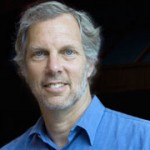 Robert Pollin, UMass Amherst economics professor and co-director of the Political Economy Research Institute (PERI), and Bill Fletcher, executive editor of The Black Commentator, analyze President Obama’s State of the Union address in a a recent interview on The Real News Network.

Pollin, a consultant to the Department of Energy, was pleased with the emphasis that President Obama put on research, information technology, and especially clean energy technology.  While he wasn’t completely specific on how these investments would be funded, the President did mention eliminating “the billions in taxpayer dollars we currently give to oil companies.”

Both Pollin and Fletcher agree, however, that the President’s speech was vague on many points and also too optimistic with regard to the economy.  In particular, they are both concerned with the extreme measures that states are considering due to severe budget shortfalls.  The measures, which include declaring bankruptcy and breaking pension fund obligations, were not mentioned in the State of the Union.