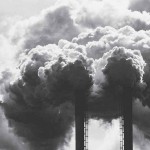 Toxic 100 Air Polluters, a Political Economy Research Institute (PERI) report co-authored by Michael Ash and James Boyce, identifies the top U.S. air polluters among the world’s largest corporations.  This report names Koch Industries among the top ten offenders, a fact cited in a report on the Koch brothers which appeared this week in The New Yorker. (The New Yorker, 8/30/10)

Covert Operations
The billionaire brothers who are waging a war against Obama.
by Jane Mayer

The Kochs are longtime libertarians who believe in drastically lower personal and corporate taxes, minimal social services for the needy, and much less oversight of industry—especially environmental regulation. These views dovetail with the brothers’ corporate interests. In a study released this spring, the University of Massachusetts at Amherst’s Political Economy Research Institute named Koch Industries one of the top ten air polluters in the United States.