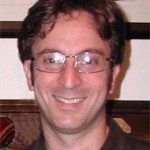 An opinion column by Michael Ash, professor of economics and public policy, draws upon a 1932 letter by British economist John Maynard Keynes to encourage Amherst residents to mobilize their shared resources to open the town’s War Memorial Pool. (Gazette, 7/17/10)

Keynes’ advice to Amherst? Maybe this: Go jump in a pool
By MICHAEL ASH

AMHERST – As we swelter with a single, distant pool in Amherst this summer, some of us wonder, “Did the great British economist John Maynard Keynes have any advice for Amherst about whether tough times should prevent us from opening War Memorial Pool?”

Well, perhaps not many are wondering. But remarkably, Keynes did – in another time of economic malaise. Here is an excerpt of his letter to The Times of London of Oct 17, 1932, (with fellow economists D.H. MacGregor, A.C. Pigou, Walter Layton, Arthur Salter and J.C. Stamp):

“(I)n present conditions, private economy does not transfer from consumption to investment part of an unchanged national real income. On the contrary, it cuts down the national income by nearly as much as it cuts down consumption. Instead of enabling labour-power, machine-power and shipping-power to be turned to a different and more important use, it throws them into idleness.”

A little background: Keynes discovered the Paradox of Thrift. Worried and anxious about the economy, people feel impelled to cut spending. But that very thriftiness chokes off the economy, aggravating not averting the feared crisis.

Public spending can reverse the slide into recession. This insight guided the U.S. economy out of the Great Depression and through its best years of growth. Washington’s failure to remember it has needlessly extended the current Great Recession.

But does macroeconomic theory offer guidance for Amherst’s pools? Keynes thought so.

“Moreover, what is true of individuals acting singly is equally true of groups of individuals acting through local authorities,” the 1932 letter states. “If the citizens of a town wish to build a swimming-bath or a library, or a museum, they will not, by refraining from doing this, promote a wider national interest. They will be martyrs by mistake,’ and, in their martyrdom, will be injuring others as well as themselves. Through their misdirected good will the mounting wave of unemployment will be lifted still higher.”

As we face a stagnant economy beset by stagnant thinking in a hot, stagnant summer, we should gather the courage to reject martyrdom by mistake and instead to mobilize our shared resources for public comfort and security.