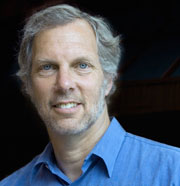 In a recent interview on The Real News Network, Robert Pollin, UMass Amherst economics professor and co-director of the Political Economy Research Institute, discuss whether or not higher wages would lead to inflation.  He claims that theonly way higher wages would cause inflation is if the wages are rise faster than companies’ ability to produce things.  Furthermore, he argues that if prices do increase because workers are making more money, are happy and willing to buy things, this would be a sign of a healthy economy. (The Real News Network, 3/7/2010)