In an editorial for International Relations, Rick Wolff, UMass Amherst economics professor emeritus, discusses the significance of nation state in capitalism’s cycle.  Capitalsit commentators initially rejected the notion of nation state, favoring globalization as a means to greater prosperity and wealth.  However, because of the nature of capitalism’s instability, the nation state has become overwhelmingly important as a means to transfer debt.

In the US, the nation state undertook to move toxic debts off private balance sheets and onto the national balance sheet. Across much of the world, there have been similar nationalizations of unsustainable debt and of private losses from financial speculations and other corporate failures.

Undertaking state debt to pay for nationalizing private debt and undertaking still more state debt to bailout failed capitalists in other ways has demonstrated again the usefulness of the nation state. More than that, by drastically deepening nation states’ budget deficits, it becomes clear who is being positioned to bear most of the costs of today’s capitalist meltdown. The masses of tax-payers and the same masses as beneficiaries of state-provided services and payments are everywhere being told to “tighten their belts.” 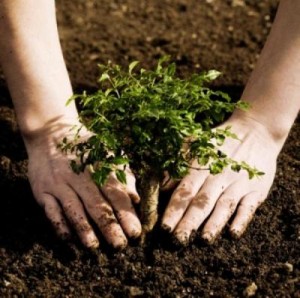 An opinion article in The Hill cites the research of Robert Pollin, UMass economics professor and co-director of the Political Economy Research Institute (PERI) and economist Heidi Garrett-Peltier.  Their research supports the argument that investments in reforestation would have a bigger impact, both economically and environmentally, on climate change than investments in energy.  Specifically, every million dollars of investment in forest, stream restoration and sustainable land management would produce 39 jobs. These investments are cheaper and would generate more jobs than investments in conventional energy sources. And, although most of the attention on climate change is attributed to coal power plants and automobile’s emissions, only half of global greenhouse gases come from energy.  Investing in reforestation would generate immediate shovel-ready jobs and significantly cut down on global green house emission. (The Hill, 3/9/10)