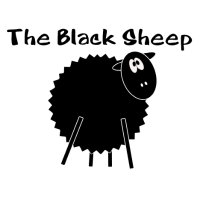 If I asked a group of random Americans to list the least practical college majors for earning money, English is one that would appear on a large number of those lists. For many, English is seen as a subject of academia. The perception is that its students often read outdated books, analyze them critically, and then turn their observations into analytical essays. When I transitioned from a journalism student to an English student, I had the preconceived notion that the major would be a bit of a drag as well. I wasn’t sure how useful it would be either. I was uncertain about what I would become and how I would incorporate the knowledge I was going to gain into my life.

By the end of of my junior year, I still hadn’t found something I felt passionate about. Maybe I should have gone into business. Do English majors even make money? Is money important? I had been in the English for two years already. These were doubts I should have dealt with before I declared. There was no turning back. By May of my Junior year, I was seriously doubting my decision, but a friend of mine and fellow English major thought I might be interested in writing for The Blacksheep Online. I had never heard of it. It’s basically a platform you can use to poke fun of things on campus. As both a cynic and self-proclaimed class clown, I was sold on the idea of spreading my humorous opinions across the campus. After being brought aboard, I quickly learned that The Blacksheep was a much larger organization than I thought. The satirical online magazine is focused on reaching students on campuses across the country using a variety of engaging and humorous content. There are dozens of campus chapters, with UMass being just one of over one hundred. From there, I started to write articles that put a pin on everything from the number of New Yorkers attending a Massachusetts state school to our undeniable love for all things pumpkin spice.

I learned very quickly that writing as a job is not as simple as showing up to work and punching a time card. As a staff writer, I am expected to pitch three developed ideas to my editor per week. The ideas were supposed to be focusing on their relevancy to events going on in the world during a particular week. Most of the time, the pitches are successful and the editor tells me to work with the one I’m most passionate about. Other times, I receive an email telling me my ideas are all terrible and I have to send three new ones. It can be difficult to be told that something you think is clever might actually be stupid, but the job can’t be handled if negative feedback isn’t accepted. In turn, my failures became successes because I learned and improved upon them. It’s not always the editor who criticizes my work either. I have received negative responses on some material from students who were offended or failed to see humor in the material. Posting my work publicly and allowing it to develop a life of its own in the World Wide Web has forced me to let go of any sense of ego. I have to brush aside negativity and keep writing.

The Blacksheep originally reminded me that the skills I gained in English were applicable to real work, but my experience with the publication has also given me a number of skills that I wouldn’t otherwise have. For instance, schools will often teach subjects in a way that makes them mutually exclusive from one another. As a staff writer, I began to have to blend skills together in a cohesive way to form a singular result rather than exercise just one skill at a time. My humor had to drive my writing, but my writing had to be clear and easily understood at the same time. Otherwise, the satirical element of the piece would flop, leaving readers confused. More importantly, The Blacksheep has given me an opportunity to think outside the box in a way that feels meaningful. My stories would not exist if I couldn’t observe my surroundings and think of them in funny, outrageous contexts. Massachusetts taxpayers fund this university, but there are more out of state students than in-state. Hmmm. It’s a skill that not many people exercise regularly or successfully, and I am proud to consider myself proficient in it now. Eventually, a similar thought chain led me to mislead people into believing that Umass had changed its name to SUNY Massachusetts. It was one of the most popular articles of the week.

As I practiced these skills more and more with each new article, I noticed an improvement in both my writing (in the satirical, news article style) and my humor. I truly felt that my experience was making me a better person and an even better job candidate. Although I was not receiving pay or academic credit, the job was still important to me because I was benefiting from it. I started to legitimately achieve accolades within the company. After just four weeks of writing for the Umass page, I received an email from the national page editor praising the work I had done so far and asking me if I wanted to join the national staff. I couldn’t pass up the opportunity to increase my work’s exposure, so I accepted and started writing for the front page of the website twice a month.

Writing for the national page solidified my love for The Blacksheep. My experience with a platform allowed me to focus on political commentary because the articles are meant to be reactionary; they are supposed to comment on things happening in the news. As a political science minor, I was already interested in current events and read the news every single day. I was promoted during a major boom in satirical content driven largely by the current presidential administration’s incompetence.   Both the national page’s popular subject matter and (hopefully) my content have given me a serious boost in viewership that my Umass Blacksheep peers have not received. As of last week, I have gained over 69,000 views in just seven months of writing for the publication and I have been featured in the staff’s weekly Power Rankings. My goal is to reach 100,000 page views by the end of the semester and I’m getting closer by the day.

My short time with The Blacksheep has really got me thinking about my career options. Writing is something that I would really like to incorporate into my life moving forward, but I have other skills that could just as easily be utilized. As a self-proclaimed conversationalist, I feel like my gift of gab would transition into a cushy sales job that pays really well. Do I really want to be trapped in a cubicle forever? As time passes and finances become more of a pressing issue, I’ll have to decide if my love for writing is important enough to trump my love for living well.

I never saw myself as someone whose work would reach the eyes of thousands of people. Every paper I’ve ever handed in has been glanced over by a couple of my peers and looked at for mistakes by my teachers. The reward was usually a grade I’d receive two weeks later. It felt unimportant. Pointless. I don’t feel that way anymore. The work I am producing is being produced for the enjoyment of others instead of a grade. Knowing that some people are laughing at a joke that came from my head is a thrilling experience. It’s a feeling of honest validation that I wouldn’t grasp if I was doing some other activity like a sport or art. Maybe English hadn’t been such a bad choice. It led me here, to these crossroads.