Late night surfing and found a gread review on Good Reads for Whale Road by Phillipa Jamieson (she interviewed me when I was fresh off the plane in NZ for book tour and totally jet-lagged, she was very sweet about it!). She originally wrote the piece for the New Zealand Herald. Great to see it up there. Now have to find the next two mss a home, then figure out what to do with Whale Road next: 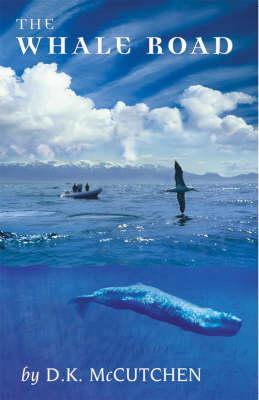 In the heyday of whaling in the South Pacific, the quarry was so numerous as to form what was described as a black road in the sea. In 1992, ten years after whaling was banned, a scientific expedition set off from Tahiti on a voyage around the Pacific to New Zealand, following the ‘whale road’, to establish whale numbers, and gather other information. Deborah McCutchen, an American, joined the crew as a nanny for the two children of the captain and his wife. Also on board are the First Mate, a saucy Swiss woman, and Simon, a New Zealander.

The Whale Road is a montage of snapshots, layered together in a colourful album of words. There are diary excerpts and ship’s log entries; there is myth, story, and fascinating facts about whales. Deborah McCutchen’s words are interrupted from time to time by her shipmate Simon’s unmistakably Kiwi colloquialisms. The journey ends in Aotearoa, where the author has more encounters with wildlife, does a research project on Hector’s dolphins and marries a New Zealander.

It is a journey worth writing about, and McCutchen strikes a fine balance between lyricism and musing on the one hand, and action and anecdote on the other. Humour enlivens the mundane: the nausea and cabin fever, dwindling supplies, brief island sojourns, and the work of photographing whales and collecting skin and excrement samples. The natural world is illuminated with a sense of magic and awe, in a style akin to Annie Dillard’s: the majesty of whales and other sea life, the power of the elements, the silent communing with the cosmos on night watch.

The crew members are isolated from human society, drifting in the vastness of the Pacific, yet confined to a small space. From her experiences on the boat, McCutchen makes observations about human nature and life on this planet. Without being preachy, this book is a plea for the conservation of whales and other creatures, and a lament for human interference in nature. It is also the story of one woman finding her place in the world.