Survey social media for posts that address issues raised by your class 9 illustration on intersections between capitalist class inequities and the entertainment industries.

This follows up on your class 22 assignment that asked you to identify two issues for policy debate raised in your artistic rendering.  The particular angle: how issues raised in your illustration connect to questions of political economy:  who owns, controls, profits, labors, and negative impacts of the products/services produced driven by the logic of profit.

For example, for the illustration below by Emma Balaguer, it would be the exploitation of women of color around the world for the “fast fashion” industry.  Related themes to survey might include fashion industry profits and pay differentials. 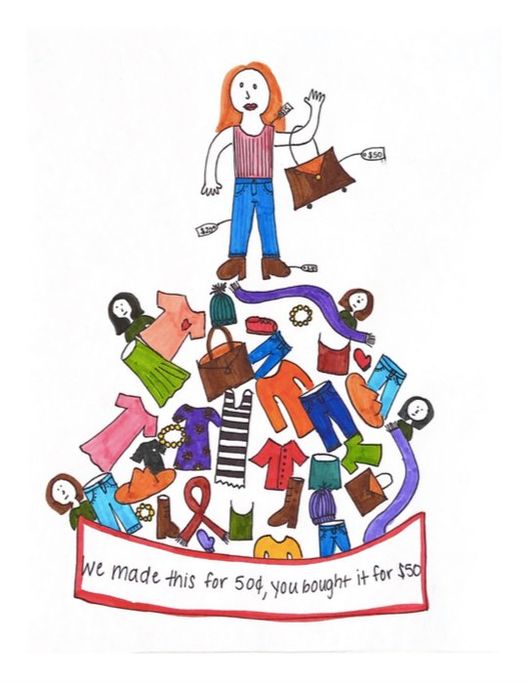 Post all the above to your rolling Google doc.  Include assignment title, date.  Send link to instructor.