Cape Verde stands at an important geographic and historic crossroads. Geographically, it ties together Africa, Europe and the Americas. Historically, it stands between a past full of hardship and a future full of promise. Through hard work at home, the support of Cape Verdeans abroad, and partnerships the country’s future is bright.

Cape Verdeans came to America as far back as the early 1800s, first through the slave trade and later as immigrants with a critical role to play in the development of the new world. At one point, Cape Verdeans dominated the whaling industry in the northeast and were instrumental in developing cranberry bogs on Cape Cod. Today, a large population of Cape Verdeans live and work in Southeastern Massachusetts. 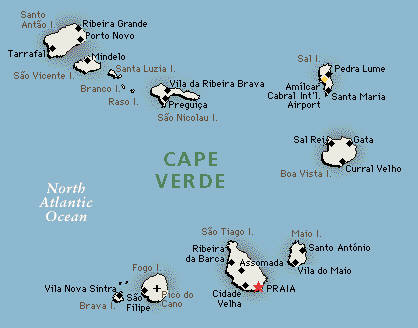 For more information about Cape Verde check out the link page.

Information above was provided by: