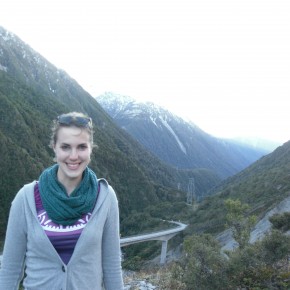 Helen Habicht  was a PhD student in the Geosciences department of UMass Amherst. Her main research focus was on using organic geochemical proxies to examine the expression of the Mid- Brunhes Event, a climatic transition occurring ~430 ka, in the Lake El’gygytgyn sediment record. Her primary research interest is the use of organic biomarkers, such as n­– alkanes and branched GDGTs to reconstruct climatic variability during the Mid- to Late- Pleistocene. She is particularly interested in the study of past climatic warm periods (interglacials), the expression of these periods in the Arctic, and the use of this paleoclimate data to understand current and future climate change. Learn more about Helen’s research on Research Gate  or follow her on Twitter. 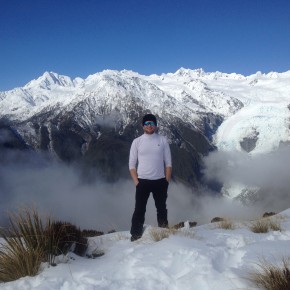 Dan Miller was a PhD student in the Geosciences Department at the University of Massachusetts – Amherst, and was a fellow of the Northeast Climate Science Center. His research focused on paleoclimate reconstruction of extreme events using biomarkers from the sedimentary record of Basin Pond, Fayette, Maine, USA. Dan’s broader interests include understanding the variability of extreme events in the Northeastern U.S., wildfires, if and how climate change is driving changes in these events, and their societal, economic, and ecosystem impacts on the region into the future. 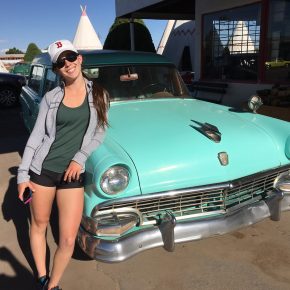 Kathryn Turner was a Geology Major at UMass Amherst. She worked with graduate student Rebecca Smith to investigate the Plio-Pleistocene history of the Indonesian Throughflow from an IODP drill core collected from the NW Australian Shelf. Kathryn was also a member of Commonwealth Honors College. 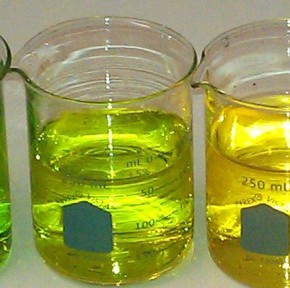 Geoff Small was a Chemical Engineering major at UMass Amherst. He worked with former PhD student Greg de Wet and using organic geochemical proxies to reconstruct the past climate and environmental history of the Faeroe Islands. 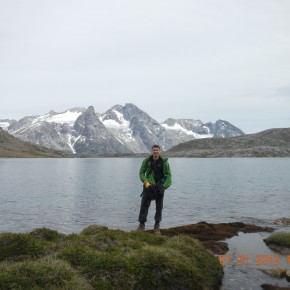 Greg de Wet  was a PhD student in the department of Geosciences at UMass, Amherst. His research is focused on paleolimnology and paleoclimatology on varying timescales. He is primarily concerned with understanding how the climatically sensitive Arctic has responded to climate change in the past, as a way to contextualize what we can expect in the future. He is currently undertaking biogeochemical analysis of Lake El’gygytgyn sediments from “super interglacials”, such as Marine Isotope Stage 31, when the Arctic was much warmer than today. He is also studying biomarkers as tracers of the Norse settlers in SW Greenland to understand the relationship between climate change and the settlements demise during the Little Ice Age (check out the project here).  (Personal website). Greg is now a postdoctoral scholar at the University of Colorado Boulder.

Dr. Molly Patterson was a Biogeochem Lab Postdoctoral Research Associate working on the Lake Elgygytgyn Project. The research she carried out during her PhD, with the Antarctic Research Centre in New Zealand, involved developing Southern Hemisphere Plio.-Pleistocene paleoclimate records in order to understand the  evolution of the Antarctic Ice Sheet and it’s downstream influence on the deep ocean circulation and sea level. Dr. Patterson’s postdoctoral research focused on developing orbitally-resolved Mid-Pleistocene sea surface temperature (alkenone), aeolian dust (n-alkanes), and stable isotope (oxygen and carbon) records from the North Pacific. In combination with other paleoceanographic proxies (i.e., foraminifera assemblages and X-ray fluorescence), she  examined if changes  in thermohaline circulation surrounding extensive Arctic and Antarctic warming events (i.e., MIS 31) coincided with oceanic regime changes involving reduced upwelling and higher sea surface temperatures in the North Pacific. Dr. Patterson’s research aims to better understand the teleconnections between the Antarctic and Arctic through deep ocean circulation, as well as to assess if climatic changes in the North Pacific fluctuated in-sync with the orbitally-paced ice volume changes recorded in the globally integrated proxy records across the Mid-Pleistocene Transition (MPT). Dr. Patterson is now an Assistant Professor in the  Department of Geological Sciences at Binghamton University. Learn more about her research here: https://www.binghamton.edu/geology/people/faculty/patterson.html

Dr. Elizabeth Thomas was an NSF EAR Postdoctoral Research Fellow in the 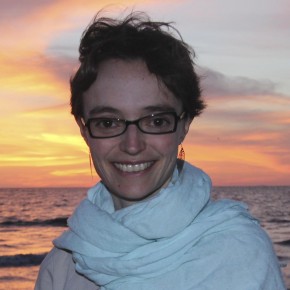 Biogeochemistry group. Her research uses molecular fossils (leaf wax isotopes, GDGTs), other proxies (varves, chironomids, bulk sediment geochemistry), and climate model output to reconstruct past climate in the Arctic and in Asia. For her PhD, Dr. Thomas used leaf wax hydrogen isotopes and temperature proxies to decipher precipitation seasonality and monsoon variability on millennial to orbital time scales in East Asia. Her postdoctoral research, in collaboration with Isla Castañeda at UMass and Jason Briner at the University at Buffalo, focused on generating high-resolution Early Holocene temperature and precipitation records in Baffin Bay in order to better understand ice sheet response to abrupt climate change. Dr. Thomas is also interested in science outreach, and has worked with Eureka! (UMass and Girls, Inc.) and the Beaver Meadow Audubon Nature Center (Buffalo, NY) to develop and implement educational programs about ice sheets and climate change. Dr. Thomas is now an Assistant Professor in the Department of Geology at the University of Buffalo. Learn more about her research here: https://arts-sciences.buffalo.edu/geology/faculty-staff/faculty/elizabeth-thomas.html 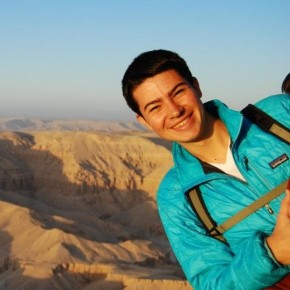 Benjamin Keisling did his M.S. work on the Lake El’gygytgyn project and used organic geochemical proxies to reconstruct the natural temperature and precipitation variability at the lake in order to better constrain our mechanistic understanding of climate change at high latitudes. He is particularly concerned with the expression of past warm periods in the Arctic (previous interglacials and the Pliocene, for example) and applying our knowledge of these to constrain the likely outcomes of ongoing greenhouse warming. He is also interested in paleoceanography, paleoclimate, glacial geology and climate model development. Ben is now working on his PhD at UMass with Professor Rob DeConto and is using climate models to better understand the response of the Greenland Ice Sheet to oceanographic and atmospheric forcing. Follow Ben on his blog or on Twitter. 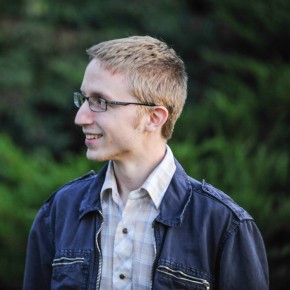 Thomas Barrasso was a dual chemistry and environmental sciences major pursuing an honors research project in the Biogeochem Lab. Tom worked with PhD student Greg de Wet  to study climate and land use impacts at Viking settlements in SW Greenland. A main focus of his work is on fecal sterols, which provide markers for human and livestock populations at these settlements. He completed a CHC Honors Thesis on this project.

Julie Chessia was a geology major at UMass Amherst. She worked on extracting samples from Lake El’gygytgyn (Siberia) and used brGDGTs to examine past Arctic temperature variability. 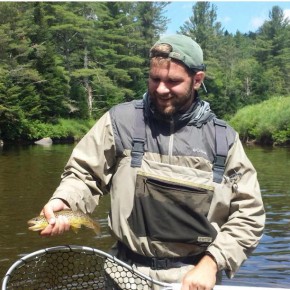 Stephen Lukas is majoring in environmental science at UMass. He was a member of the UMass Biogeochem Team for several years and worked extensively on the Lake El’gygytgyn project, the Hominin Sites and Paleolakes Drilling Project, and also compared TEX86 and alkenone SST proxies in several Plio-Pleistocene records. He completed a CHC Honors Thesis with in hydrogeology under the supervision of Professor Christine Hatch. 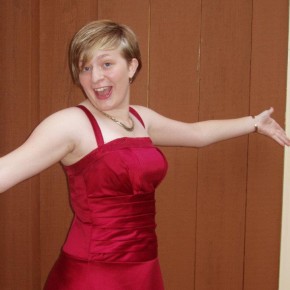 Jessica (Jessi) McDaniel was a UMass geology major. She studied a sediment core from the Gulf of Maine and used alkenones and brGDGTs to examine Holocene changes in sea and land surface temperatures under the supervision of Dr. Jeff Salacup. 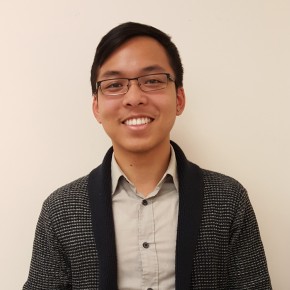 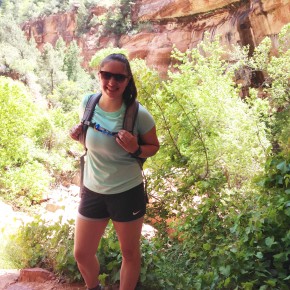 Megan Thompson-Munson was a geology major working on the Hominin Sites and Paleolakes Drilling Project. She using isoprenoid and brDGTs to examine temperature variability from paleolakes of the West Turkana and Northern Awash Basins. In addition, she is examining concentrations and ratios of n-alkanes (leaf waxes) to explore vegetation response to climate variability. Megan completed a CHC Honors Thesis on this work, which is currently being written up for publication. Megan is now a master’s student at the University of Wyoming studying glaciology. Learn more about her research here: https://mthomp57.wixsite.com/megantm

Victoria Phu was a biology major at UMass and she worked in the Biogeochemistry Laboratory for several years. She worked on multiple compound classes, including plant leaf waxes and GDGTs, and generated temperature records using alkenones and the MBT/CBT paleothermometer. She worked on a variety of sediments ranging from Lake El’gygytgyn (Siberia), to marine sediments from the Caribbean, Sea, to samples from New Zealand Fjords, and a marine core located offshore NW Africa. 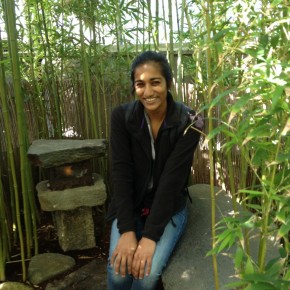 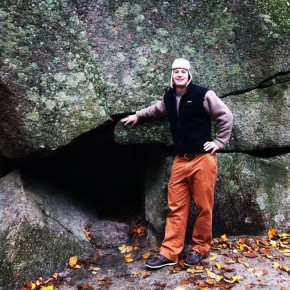 Ben Urann was a geology major who worked and conducted independent research in the Biogeochemistry Laboratory. He processed samples for multiple organic geochemical proxies from a variety of sites including Lake El’gygytgyn (Siberia) and a marine core from offshore NW Africa. Additionally, he was a member of Commonwealth Honors College and completed a capstone honors research project, working with Isla Castañeda and Jon Woodruff,  investigating the impact of Hurricane Irene on the type and isotopic composition of organic matter present in the Connecticut River. Ben is now a PhD student in the MIT-WHOI Joint Program studying marine geology and geophysics. 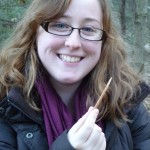 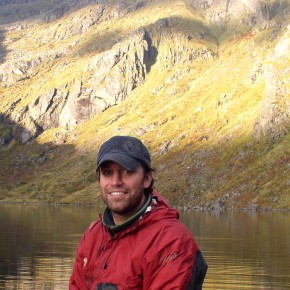 Nick Balascio was a post-doctoral scholar at UMass Amherst. His research primarily focused on Arctic environments and investigating biogeochemical and sedimentary geochemical properties of lake sediments in order to reconstruct changes in the productivity, hydrology, clastic input, and salinity of lake systems driven by past climate and environmental change. He conducted field-based projects in Alaska, Norway, Greenland, and Canada. These projects examined the response of lakes to Holocene climate variability, glacial activity, relative sea-level changes, and anthropogenic impacts. In the biogeochemistry lab at UMass, he examined the concentration and isotopic composition of sedimentary n-alkanes to reconstruct hydrologic changes during the Holocene in southeast Greenland. He is now an Assistant Professor at William & Mary. Learn more about Nick’s current research here: https://www.wm.edu/as/geology/people/faculty/balascio_n.php 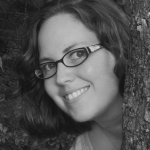 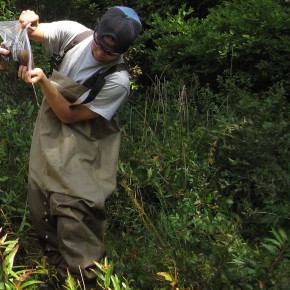 Jeremy Wei was a master’s student at UMass Amherst. His thesis focused on investigating relationships between sediment color reflectance spectroscopy, clay mineralogy, an organic matter content at Lake El’gygytgyn. Results of his research suggest that sediment color is linked to the physical weather of bedrock materials and that sediment color may provide a proxy for wet/dry cycles. Jeremy is now the Geobiology Lab Manager at Stanford University. https://pangea.stanford.edu/researchgroups/welanderlab/people/type/jeremy-wei 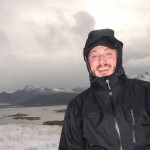 Robert D’Anjou was a master’s student at UMass Amherst. His research involved the application of organic geochemical proxies to lake sediments from Norway and Siberia to examine past changes in environmental and climatic conditions.