I spent a relaxing week in Cabo San Lucas and am on my way home today.

Cabo San Lucas is situated at the very tip of the Baja California peninsula; it is one of the three small towns in the area: Todos Santos on the Pacific side, San Lucas at the tip, and San José del Cabo on the Sea of Cortez side.  Cabo San Lucas is a tourist mecca, drawing in mostly Americans who come to enjoy the sea and sun and warmth, especially welcome at this time of year.  My sister and I stayed at one of the many resorts that dot the shoreline.  For the most part, we ate our meals at the resort and spent a lot of time lounging around.

On Monday of this past week, we ventured into the town, a short trip by rickety city mini-bus.  There isn’t much in the way of architecturally or historically significant buildings, as even a local conceded.  We did find the Cabo Wabo Cantina, the nightclub owned and managed by Sammy Hagar of Van Halen fame.  It’s an interesting-looking building, don’t you think?: 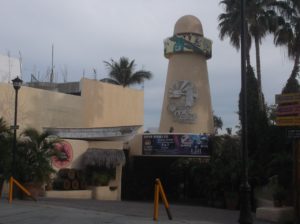 In our wanderings about the city streets, we also came across this bar, which indicates that local businesses do cater to American tastes and experiences. 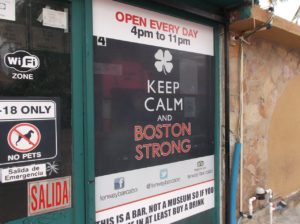 Many of the restaurants, nightclubs, and marine businesses cluster around the harbor, which itself is crowded with boats moored at the many docks.  We wanted to see the famous “El Arco” rock formation, so we thought we might trying hiking to a vantage point.  We found a trailhead on private property, which the owner has opened to tourists for a small gratuity, and followed the crowd heading toward the heights.  I was fascinated by the desert landscape: 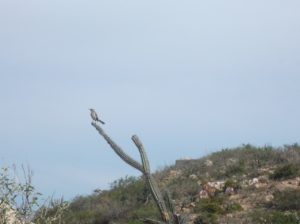 The scrubby vegetation was familiar to me, as we were surrounded by these plants where I grew up in arid West Kauai.  Pictured below is Leucaena leucocephala, which we called “Haole Koa” (another common name is “White Leadtree”).  Introduced to Hawaii, the plant is native to Mexico, Belize, and Guatemala.. It is adaptable, extremely fast-growing, thicket-forming, and difficult to eradicate, thus falling into the category of problematic weed. 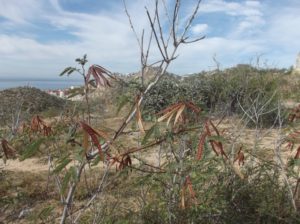 I believe we were looking up at Mt Solmar; we thought we might climb it, but the day was hot and the way steep and rocky: 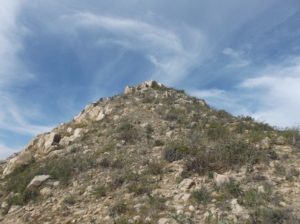 We were high enough to look out over the harbor though: 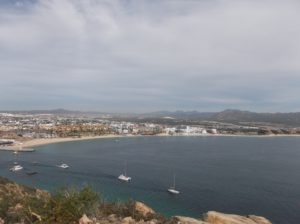 On Wednesday, we rented a small car for the day and traveled north on Highway 1, through San José del Cabo, Caduaño, and Miraflores toward La Ribera.  We then turned south, intending to proceed to Cabo Pulmo in the marine reserve, but the dirt roads defeated us.

This was still desert country: 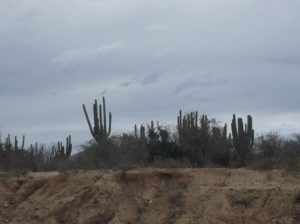 I’ve always been fascinated by succulents: 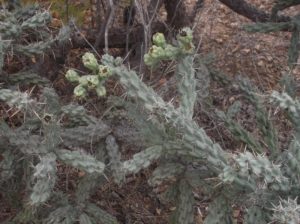 The barrel cactus is almost iconic of the desert: 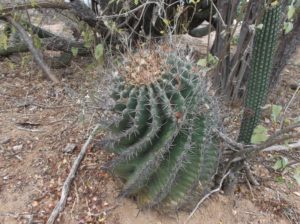 This appears to be a bird nest, possibly that of a cactus wren 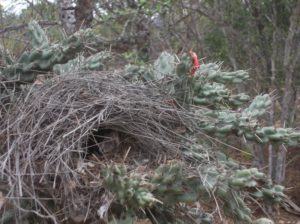 Isn’t this a lovely sculptural form: 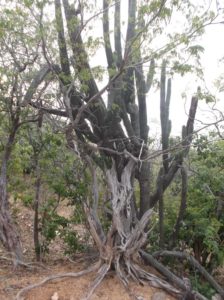 At one point, when we were driving aimlessly, we thought we were on the right track when we spotted an arrow sign.  Unfortunately, the sign had no meaning for us: 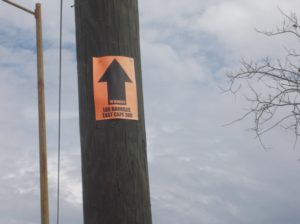 We were officially in the tropics, as Cabo San Lucas is south of this line: 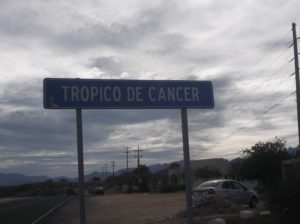 On Friday, we decided on bird-watching near the resort.  As we strolled down one of the dirt roads connecting our hotel to another complex, we saw quite a few birds in the trees and scrubby brush, and I even saw two rabbits (some kind of lagomorph anyway).  I was fascinated by two ravens perched on a cell tower which had been disguised as a palm: 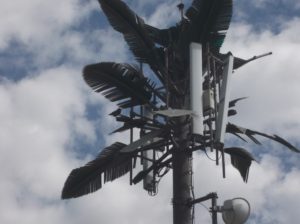 All in all, it was a great way to spend the first week of February.