Today as I sit waiting for the clothes washer, the breezes are blowing, the humidity is down, and a hike beckons. This past week, despite the holiday (or perhaps because of?) I did an experiment. I also spent some time cleaning up around the lab, organizing clutter left behind by a departing member of Rudolf’s team. That was satisfying, yielded glassware and bench space, although there are still a nest of things I have no idea what to do with.

As for the experiment, it was designed to determine the time scale over which the organization of cellulose changes after cells have lost their microtubules. Last summer, I saw that cell wall organization had changed in a spectacular (!) way after three days without microtubules and even noticeably after one day. This summer, I hope to watch those changes in real time, but what time would that be? Maybe things look normal for 6 or even 12 hours before the mayhem starts?

To find out, I ran an experiment on a population basis. I set up three flasks with fresh cells on Monday. Then on Wed morning, by which time the cultures were growing up nicely, I added to flask 1 the compound that removes microtubules (a chemical called propyzamide, which Word knows how to spell because it is the active ingredient of a herbicide). Then 6 h later I looked at cells. I came in at night and added the drug to flask 2 at 10 pm and then Thursday morning (i.e., the next morning) at 10 am looked at those cells. And I looked cells from flask 3, which had no drug at all, around time zero again around noon on Thursday. Finally just to make sure things were reproducible, I looked at flasks 1 and 2 after three days of treatment.

Going in reverse, at three days the cells looked like (little) basketballs (Figure 1), a rounding up that indicates the drug is doing what it is supposed to do. Reassuring. By 3 days, the effect is so obvious that I planned no measurements, I just snapped a couple of field-of-view’s worth as documentation. But for 6 h and 12 h, if anything is going on, it will be more subtle. Measurements are needed. That means more, and more careful imaging. 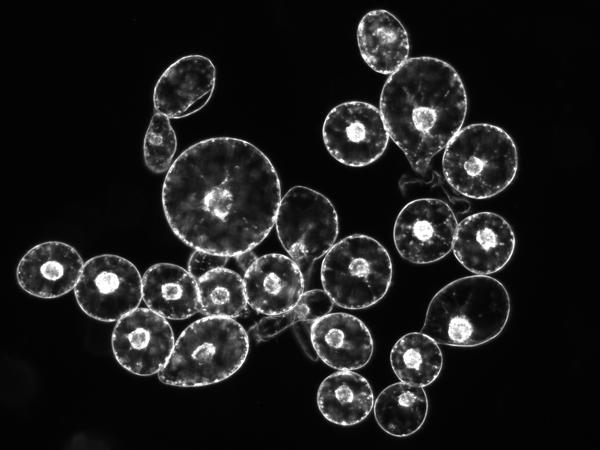 Figure 1. BY 2 cells after growing for three days without microtubules. This is a dark field image that I took a while back in Amherst, shown because the actual images I took last week remain on Rudolf’s computer. They look the same (except not in darkfield)

When just having a look, all I have to do is put a drop of the cell-culture solution on a slide, add a coverslip, and put it on the microscope. But this simple prep won’t support more serious imaging because water evaporates from the edges and before long the cells are left high and dry. For spending quality imaging time with cells on a slide, the evaporation must be blocked. Left to my own devices, I would run a filet of clear nail polish around coverslip’s edges, sealing in the contents. But nail polish is kind of toxic to cells and so Rudolf and many others instead use “Valap”. Comprising equal parts Vaseline, lanolin, and paraffin, Valap resembles butter albeit stiffer and waxier. To seal a coverslip, I heat the Valap by means of a Valapplicator (my word). This home made gadget comprises a household lamp plug whose tines have been replaced with a narrow loop of wire and to which 6 V direct current is applied. Holding the plug, I dig the loop into the solid Valap and pick up a smidge, which melts forming a drop suspended by the wires. I then transfer the drop to the edge of the coverslip, and repeat until all the edges are sealed.

With my sealed up slides, I wanted to look at two things: cell diameter and cell wall organization. For the first, I took pictures in brightfield at relatively low magnification (Figure 2). Later on, I measured diameter of a few hundred cells, per treatment. The diameter of cells in the control (no drug) flask was 107 ± 21 pixels (mean ± standard deviation) at time zero and 102 ± 20 pixels the next day. It is possible that on average the cells thin as they grow but given the large standard deviations, I think this is more likely to random (not ‘real’ thinning). The diameter of cells in flask 1 (6 h in drug) was 109 ± 23 pixels and those in flask 2 (12 h in drug) was 117 ± 24. These numbers are all about the same. Maybe the cells have started to swell by 12 h, but even that could be due to random sampling. But certainly they are not swelling by 6 h. 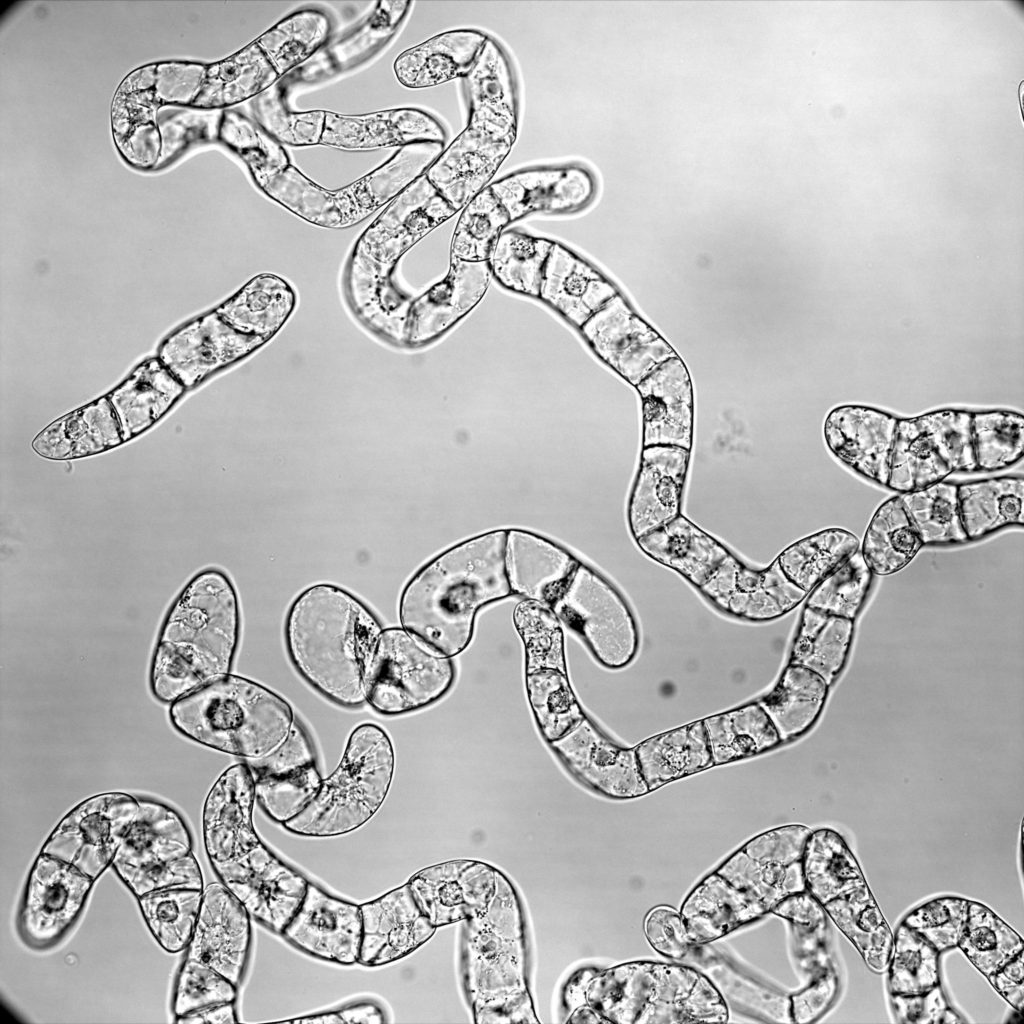 And yes, I need to image a tiny ruler so I can convert pixels to microns, but the conversion factor will be the same for all of the above data, hence it is ok to compare lengths measured as pixels.

Looking at diameter is easy, if a little tedious. To look at cell wall structure, I need to crank up the magnification and used polarized light microscopy, which is sensitive to the organization of the cellulose. Part of the fun here is that for the best imaging, the condenser of the microscope has to be oiled to the slide. This allows the light to traverse the specimen in a way that allows more details in the object to be revealed. On Rudolf’s instrument, the the front lens of the condenser is as big as a watermelon. I exaggerate but the lens is big all the same, requiring a gallon of oil. Naturally, oil is a magnet for air bubbles and shiny flotsam; typically, I have to wipe off all that oil and try again, sometimes two times, before getting a clean field.

Having tamed the oil, I next have to deal with the cells. They are far from the right cylinders of textbooks, instead bending and undulating like the limbs of a Henry Moore sculpture (Figure 3). To make sure that I have cell walls nicely in focus, I image at multiple focal planes (4 to even as many as a dozen). Fortunately, the computer talks to a focus-motor on the microscope so images at a series of focal planes (called a stack) are acquired automatically. I made stacks of dozens of cells from each of the flasks. 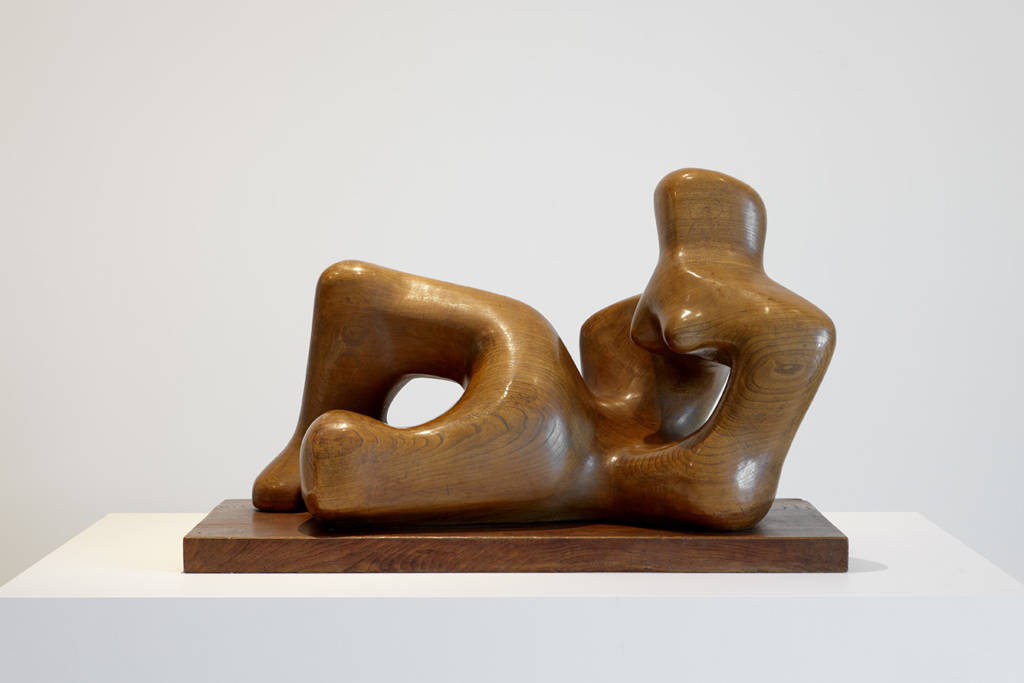 Adding to the fun, I made *two* slides from each flask. This was not to increase the number of cells. Rather it was to be able to image some cells perhaps in a more useful way.  I stained cells for one of the two slides with 0.02% fast scarlet. To be sure, week before last, I discovered that this concentration is incompatible for imaging living cells; the experiment here is simply an end-point assay. Last year, I found that staining the cell wall with fast scarlet more or less doubled its retardance. Probably, the dye lines up with the cellulose and increases the sample’s effect on polarized light. But in any case, because the retardance of the cell wall of an unstained cell is rather low, doubling it might allow small changes to be measured more readily. But because I am not sure what the dye is doing, I hedged my bets and collected images of retardance from both stained and unstained cells. That’s why I needed the two slides.

Nothing measured yet, that is on the easel this week, along with more experiments! Stay tuned.

← Number weaving
Going with the fluidics →