“Convenience destroys” my dad often would lament. As a kid, I chafed at his resistance to modern labor-saving devices. Forget a computer, he never used a typewriter, preferring to do all of his writing by hand with a fountain pen, coping with inks, nibs, and the impossiblity of erasing. He was a sculptor, made wood carvings (Figure 1), and I remember his ridiculing other sculptors for sharpening their chisels. I think this started as a knock on some other sculptor who sharpened obsessively, as a way to avoid actually sculpting. But it was more than that. I doubt he would have used a laser tool, a kind of ultimately sharp chisel, that would take a design and produce a finished sculpture at the flick of a switch. Sculpture imbues its human forms with mass and gravity, with solidity and structure. I think these features are blended effectively in my dad’s sculpture, in part because of his slow and laborious hammering away the wood. What knows more about gravity than a tired arm holding up a mallet? 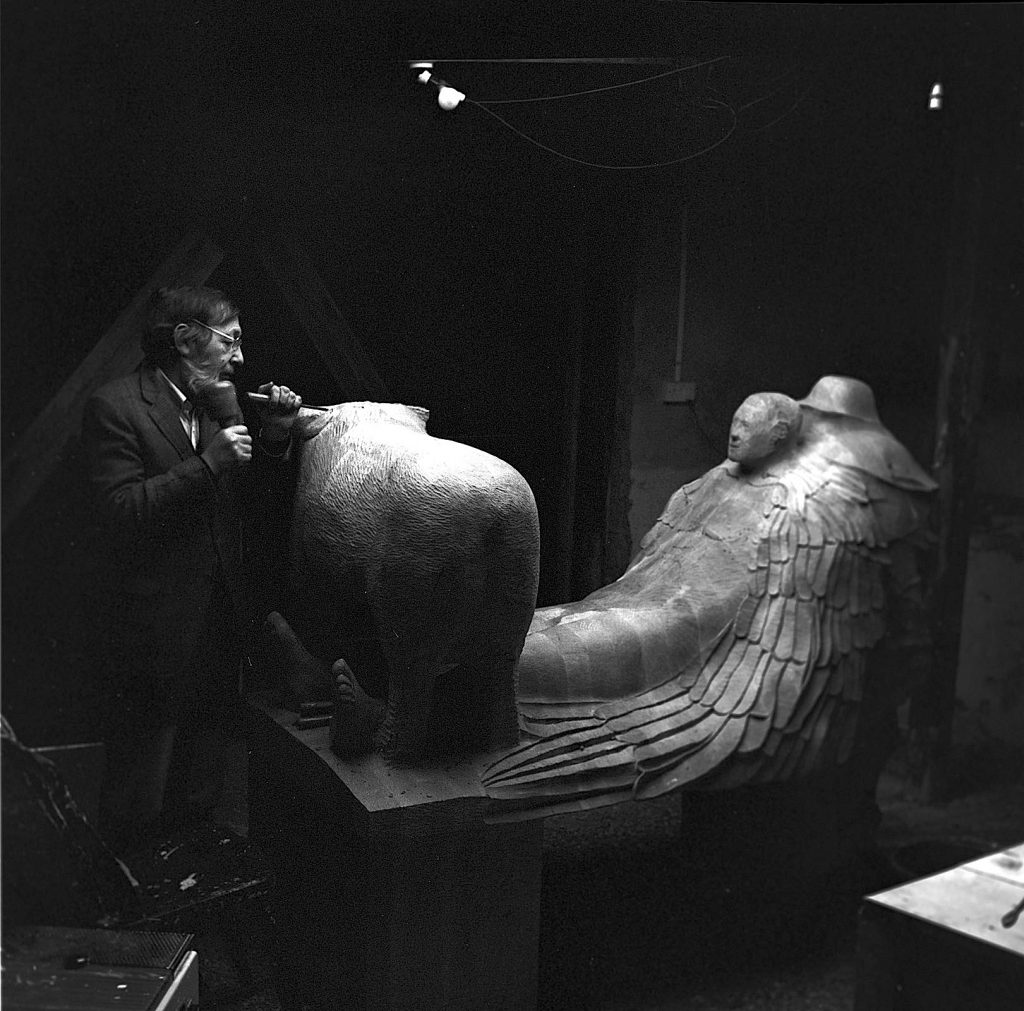 Figure 1. Leonard Baskin carving a sculpture of Abraham, Isaac, and the ram.

I was prompted to think about this from another example where convenience seems to destroy, namely: the acronym. I was reading a paper about the action of a plant hormone called gibberellin. Not accidentally, this hormone’s name sounds like … gibberish. The hormone was discovered from studies of a disease of rice. Affected seedlings get tall and spindly, bobble around, and eventually fall over (Figure 2). The Japanese call this disease “bakanae”, widely translated as ‘foolish seedling disease’. In the late 1800’s, the disease was discovered to be caused by a fungus, which was given the generic (i.e., genus level) name “Gibberella” in honor of its driving rice to foolishness. Not long after that, it was learned that the symptoms are caused by a small organic compound, secreted by the fungus and consequently named “gibberellin”. Interestingly, gibberellin turns out to be made by the plant itself, all plants, all the time, but causing deleterious effects for the disease because of all the extra supplied by the fungus; a natural example of the old saw “the dose makes the poison”. 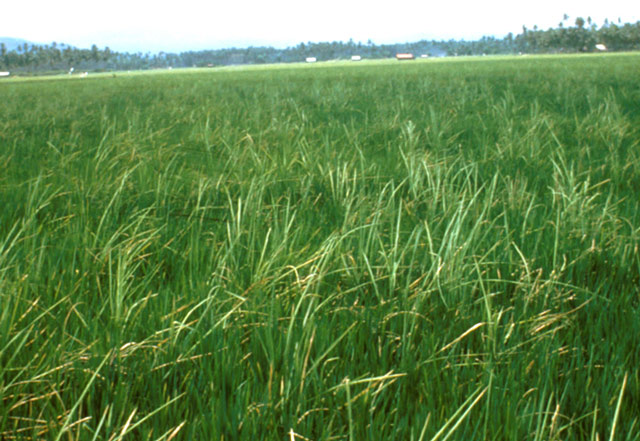 Despite this droll coinage, gibberellin is written by most plant physiologists: GA. Presumably they save a few key strokes and the hassle of remembering how many b’s, r’s, and l’s. But against these conveniences comes loss. OK, I won’t call it destruction, I am not talking rain-forest-destroyed-for-palm-oil here. In the paper I was reading, gibberellin was the protagonist, the main character, the hero. Perhaps, applying words like ‘hero’ or ‘protagonist’ to a scientific paper sounds odd? Perhaps that is why scientists so readily replace the names of the characters in their stories with letters? Because gibberellin is thought of as any old chemical, on a similar footing to, say, ethylenediamine­tetraacetic acid, a compound often appearing in the methods section and written EDTA.

About EDTA, other than that it was a component in such and such a solution for such and such a method, nothing more is typically said. But in the paper I was reading, gibberellin was the focus. The authors had manipulated the amount of hormone in the plant (not by using a fungus, but instead by pulling genetic tricks to alter the activity of enzymes with which the hormone is either synthesized or broken down). Then, they studied what happened as the plant grew, all with a view to understanding how gibberellin controls the plant’s inner workings. Gibberellin is an agent of their story, and often, appropriately, the grammatical subject of sentences.

What happens when the name of a character (an agent) is removed? Imagine your feelings about the wily Odysseus if the Odyssey were told all about O? In fact, there is a novel about O: a pornographic novel, where using the initial rather than the name is widely alleged to help objectify the central figure, whose name happens to be Odile. Of course, gibberellin is not a person, we are not meant to consider it as a tragic hormone, with a penchant for sushi and a troubled relation with its father. But we know many things about gibberellin. If you are trained in plant physiology, then you would know some of these things already; if not, then you would learn some of them from the paper’s introduction. Gibberellin contains multitudes.

Do all those things adhere to the acronym, GA? No, I don’t think so. GA is a symbol for gibberellin. When I read GA I have to translate back to gibberellin. How readily I do this depends on how many papers on gibberellin I read (where the hormone is acronymized) and whether I happen to live in Georgia, USA (another GA). But it is always a translation. And much is lost. I am not sure why this happens. I am not sure why calling Odile “O” helps to change her from someone with a body and a soul to someone with just a body. But it does. An old Latin adage asserts “nomen est numen”, which can be translated as “to name is to know”. When the name is stripped away, so is knowledge. Logically, there doesn’t seem to be any reason why GA cannot be treated the same as gibberellin or for that matter, O as Odile. But logical our language is not. You can try this with your own name: imagine being called by your initials: You recognize yourself but you are not hearing your name.

As you will know if you have read scientific papers, they are full of abbreviations and acronyms (Figure 3). And as mentioned above, this treatment is hardly restricted to long chemical names buried in the methods but extends to the main subjects of discourse. In a paper about ‘polar auxin transport’ (auxin is another hormone) we read about “PAT”; in a paper about red light, we read about “R”; in a paper about the forefoot strike in running, we read about “FFS”. It as almost as though scientists are under the impression that abbreviating the main characters of their story makes their writing more … scientific. The act of abbreviation itself becomes a sign, testifying to one’s membership in the club of science. 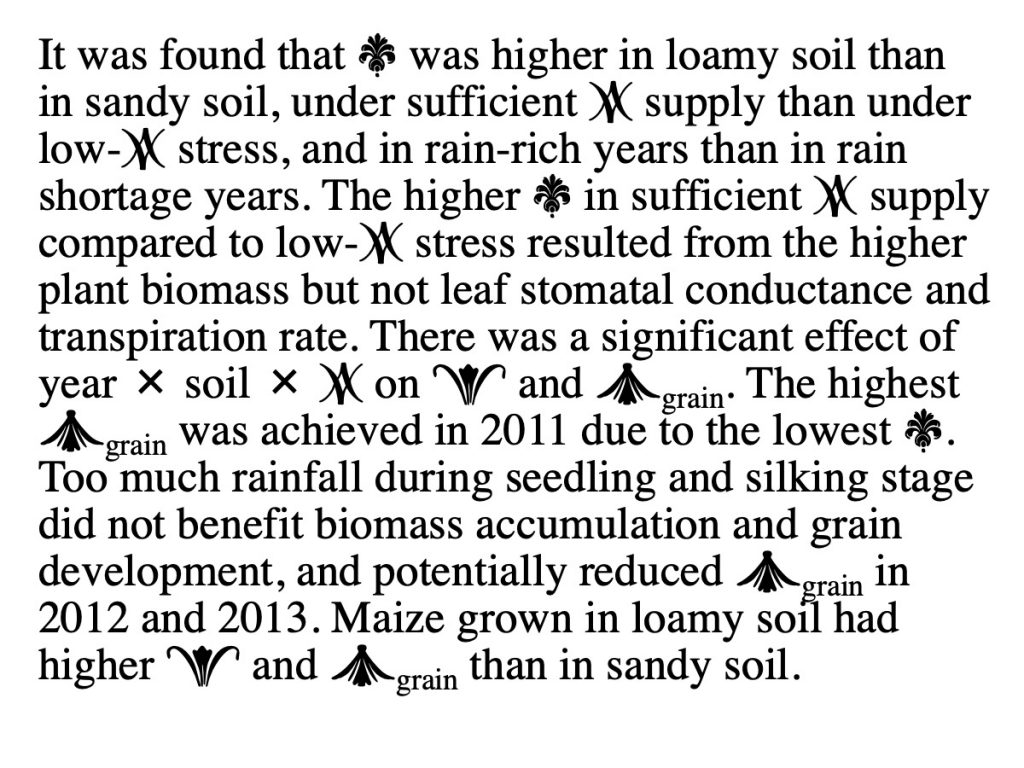 Figure 3. Example of a text taken from a published paper where abbreviations and acronyms have been replaced with fleurons. Fleurons or capital letters: it makes no difference to the reader.

Alphabet soup makes scientific papers difficult to read. The practice is exclusionary, creating an in-group (those who read lots of papers about polar auxin transport won’t be misled into thinking the paper features their friend PAT), and an out-group, those who are not familiar with the symbol and for whom translation is laborious. But even those in the know still have to translate the symbol (e.g., GA) back to the word (gibberellin), an act that takes the mind way from its proper business of making meaning. These reasons alone (exclusion, added reading burden) are sufficient reasons to abandon this destructive habit.

But here I am considering something else, namely a loss of meaning. I argue above how the symbol holds less than the name. Like all bad habits, the abbreviating habit probably started innocently enough, applied to chemical names, typically so long that they are hardly words at all and are difficult to read. One of these long chemical names is deoxyribonucleic acid, widely called DNA. Perhaps scientists have felt that some of the centrality of DNA would rub off onto their own subject were it too known by a three letter sign (PAT)? I doubt this power transfers. Clearly, the characters of scientific stories (e.g., gibberellin) are not people, losing their names is not, literally, dehumanizing. Gibberellin is already an object. Nevertheless, we are humans, as we read, we endow everything with agency, even a plant hormone. As writers, understanding this, calling things by their names, will help us communicate with readers better. Our readers will know who is doing what, and to whom.