Last Wednesday, I drove to Manhattan to pick up an Illumina GAIIx gene sequencing machine (Fig. 1). Arguably, I have never written a sentence less probable. I hardly sequence DNA by the kilo-base, let alone by the giga-base, and driving in Manhattan leaves me terrified. The story began only the week before when Nick Kaplinsky of Swarthmore came through and gave a seminar. He studies how plants respond to uncomfortable heat, focusing on cells. Cytoplasm restructures as proteins do what they can to stay folded. I know him a little, from meetings, and also because we were co-authors half-a-dozen years ago on a paper that neither of our labs led. Particularly because my lab is working on responses to temperature, I headed off to his talk eagerly. 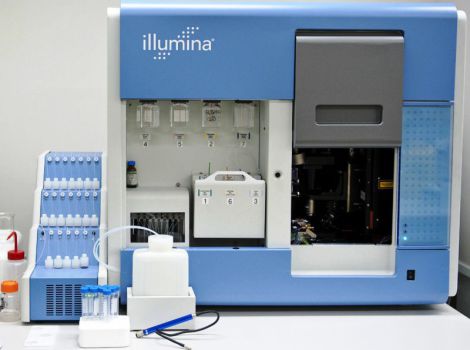 Fig. 1. An Illumina GAIIx sequencing machine. For scale, the big box is a bout 3 ft wide.

His talk was good. I remember enjoying the logic and the delivery, even the graphics. But all the details were swept aside by the sequencing machine. When Nick banged on about buying these machines cheap on ebay, I could not have been the only one in the audience to be fighting off an eye-roll. Nor was I the only one to have their attitude adjusted when he showed how inside the box there is a high-quality fluorescence microscope, equipped with laser illumination for total-internal reflection microscopy. Along with that, the stage includes a precision controller to move it up, down, and sideways, and a system to keep the sample (essentially a large, square Petri plate) at a constant temperature. It makes sense, in hindsight, that a sequencer would have this sort of kit under the hood. Nick and his crew excavated the gear and re-purposed it for imaging roots. The stage controller lets them image root after root after root, and the machine even includes a solid armature to support everything.

But I might have been the only one in the audience to salivate. My research involves imaging roots and key problems I wrestle with are keeping the temperature steady and moving the stage. Having resources to solve these problems beguiled me, not to mention the possibilities from fluorescence. At dinner that night, I asked tentatively how difficult was all this repurposing. Nick was enthusiastic, referring me to his blog, where he has posted lots of guidance, and avowing a sweeping willingness to help.

Had that been all, I doubt I’d be writing this. It would be one more thing to remember wistfully in a quiet moment. But the next morning, before he had even left town, Nick emailed me a link to one of these sequencers for sale on ebay, for one dollar (plus shipping). Before stopping to think, I pressed “buy it now”. Shipping was (only!) $350. The sole shred of sanity in this transaction was that I paid for it myself; I saw no reason why my grant (i.e. taxpayers) should underwrite this (in all likelihood) folly.

What happened next was an emotional roller coaster. First, only a few hours later, the deal fell through. The seller contacted me: the $350 shipping cost was fake news. I am not sure if ebay added this or if the seller discovered the inadequacy later and never edited their post. But the stated cost was wrong by an order of magnitude, way more than I could afford. For some hours, my mind was taken over by intense feelings of disappointment followed by equally intense feelings of relief. Could I really hack a sequencer?

But by the end of the day, thanks in part I might add to the seller who perhaps felt bad about blowing the shipping, I had rented a mini-van. Now the feelings for relief were duking it out with feelings of terror as I worried about the drive down and reconstruction later. Still when the Wednesday morning rolled around for the trip, one could hardly beat the brilliant sunny weather as an omen. And things continued going well, as I made it all the way to a garage next to the Cornell Medical School (70thand York Ave) in 4 h even.

Now prudence would have me go right in and find the seller and get loading but nothing about this trip could be described as prudent. So, I took a subway to the Morgan and gazed wonderingly at some art (Fig. 2, among other things). Looking at art makes me happy. The experience is related to looking at plants or scenery on a hike. But the artist also deals with human emotions and characters, and personalities, and bodies, and you can stare at a drawing as much as you like without making it uncomfortable. The father of my friend Azeddine calls looking at art “watering the eyes” (well he says it in French where it sounds more poetic). 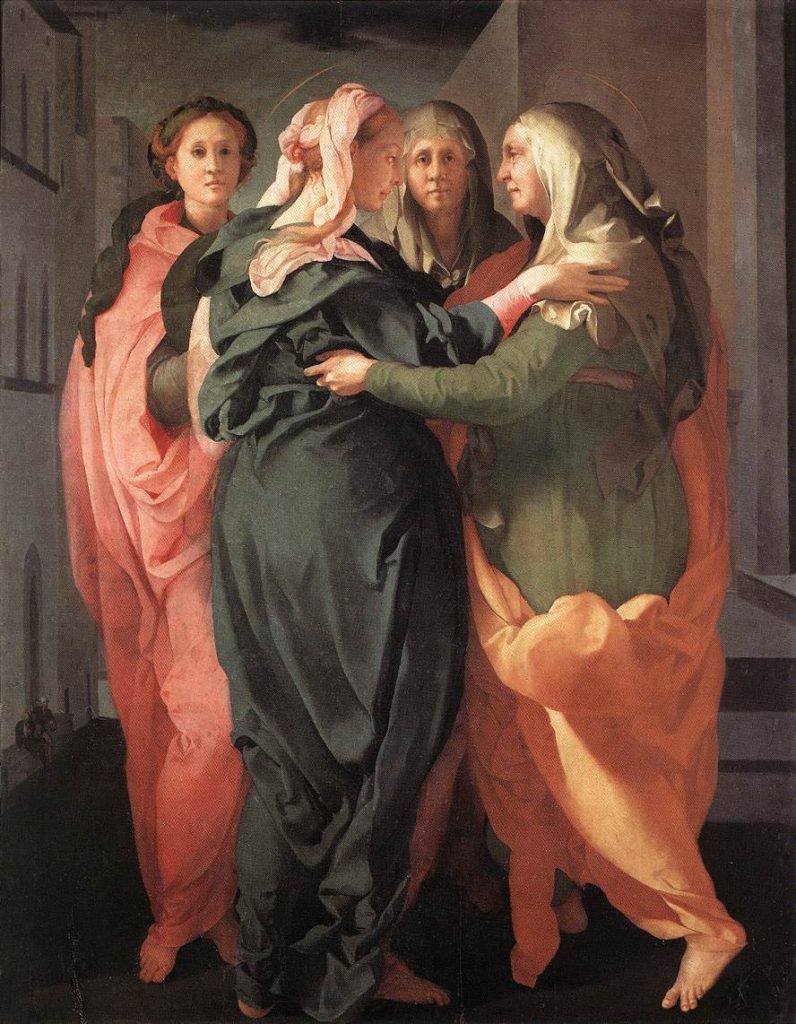 Fig. 2. The Visitation by Pontormo. The paining normally lives in a small church ten miles or so outside of Florence, Italy. You have to put a coin in the slot to get light and the light reflects off the surface. Seeing the painting lit well at the Morgan is worth a trip to NYC. The photo doesn’t get the colors right and misses a lot of the magic.

I was back at the medical school around 2 pm. I met the seller, Siavash, a postdoc who works in a lab on RNA. He met me in the lobby and took me up to the lab. It was a warren of cubbies, boxes stacked floor to ceiling, and instruments poking out from crevasses formed on stray inches of bench space. And around a few corners, on a table, crushing it slightly, there sat the GAIIx beast. Still plugged in. Waiting for one more run?

Well the run was going to be up to Amherst, but first we had to hobble it down to the loading dock. After detaching cables, decorative side panels, and the fluidics feeder box, which I don’t need, and recruiting some idle postdocs, we humped it onto a cart. And rolled it along corridors through the basement. The sequencer had been hooked up to a server and did I want that too? Well sure, it was a on a nice rack with wheels and included two servers (I think) and two computers (not in the rack). What the heck, we rolled all that down to the dock too and threw it aboard.

When I got back with the mini-van, along with most of the daylight, the sunny omen had run out. There was another van in the loading dock meaning I had no room to turn around in the that quiet space below grade. Instead, I had to back out, going up hill to the street, avoiding that other van and random passers by. I didn’t hit any of them but I did hit a post. Well that was embarrassing and even tho it was just a small dent, this bit of carelessness will certainly jack up the cost of this mid-life crisis. Because I was shaking, Sivash finished turning the minivan around and somehow the gang of us loaded in the beast. And the other bits too.

It was about 4 pm when I put the car into drive. But my location app Waze was more like Daze. The app is clueless about which way to go when you are in a driveway (or a loading dock). And after recovering from that fiasco, the Rockefeller University building projecting out over the FDR Drive rendered the app senseless, just as it was having me exit the FDR Drive southbound to find the northbound on-ramp. This little loss added who knows how long to the trip as it was well past 4:30 pm when I was finally heading north on the FDR, along with one or two New Yorkers. But I got home.

The next morning, I enlisted some local help and even though I fell off the back of the van while pulling the beast forward, we got it into its new home (Fig. 3).

As for what happens next, probably nothing at all. I do need to write a proposal, or even two. The machine is safe and has a nice space to get used to the quiet life here at UMass. But I have plans… 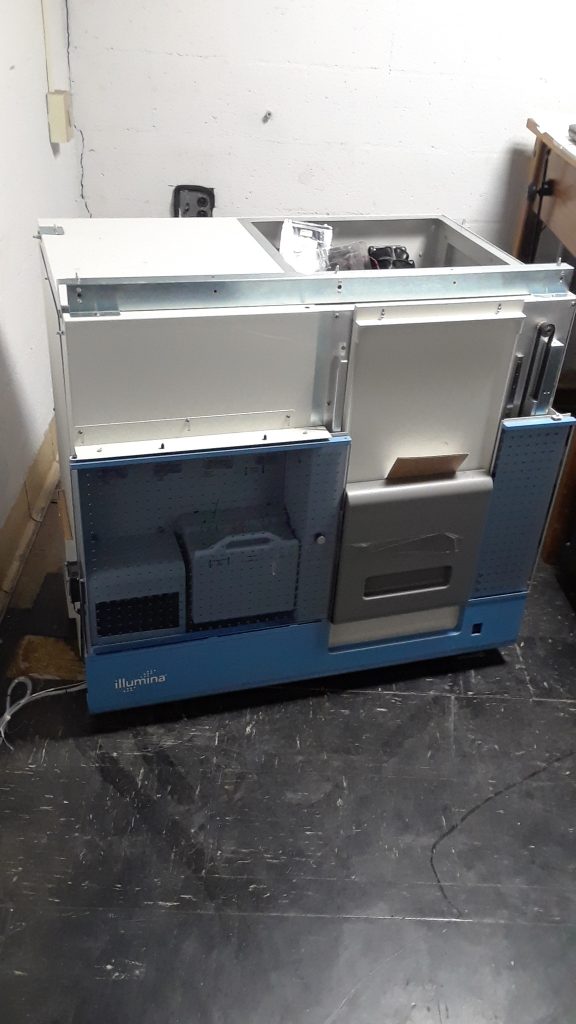 Fig. 3. The beast, in its new home, awaiting the hacker’s screwdriver.

← A wee dram of data
Bloggery →