I usually blog on Sunday but it feels Sundayish because today is Martin Luther King day. The only lab work I did last week was to feed my cat. Well, not exactly feeding and not a cat at all; rather I had to passage my tissue culture cells. As anyone who has a cat to feed or a dog to walk will know, a pet never takes a holiday. Cells are the same. Pretty easy for a pet, I only have to passage my cells once a week. I take one mL of the dense culture and put it into 70 mL of fresh medium, and off they grow. Even accounting for the need to prevent bacteria or fungi from hitchhiking, this only takes ten minutes and is hardly worth writing about here. But this week there was a small wrinkle, giving me a little more to do and providing a glimmer of interest.

These are tobacco cells. Now before you get all shirty, calling me a shill for Philip Morris and co, using these cells has nothing to do with any sort of applied goal, let alone smoking. It turns out that there is a particular line of tissue culture cells, called bright yellow 2 (BY2) that has a unique property – the cells grow as filaments (Fig. 1). Almost all other cell lines grow as clumps. Growing in filaments, BY2 cells are readily imaged through the microscope, which has made them a popular model for studying cell behavior like mitosis. In clumps, cells grow isotropically; in filaments, cells grow anisotropically. In more prosaic terms, one could say the filament cells elongate whereas the regular style of cells (in the clumps) just swell. Since cells in plants almost always grow anisotropically, that BY2 cells elongate gives their growth a physiological relevance, at least compared to other cell lines. It is certainly why I am interested in using them. 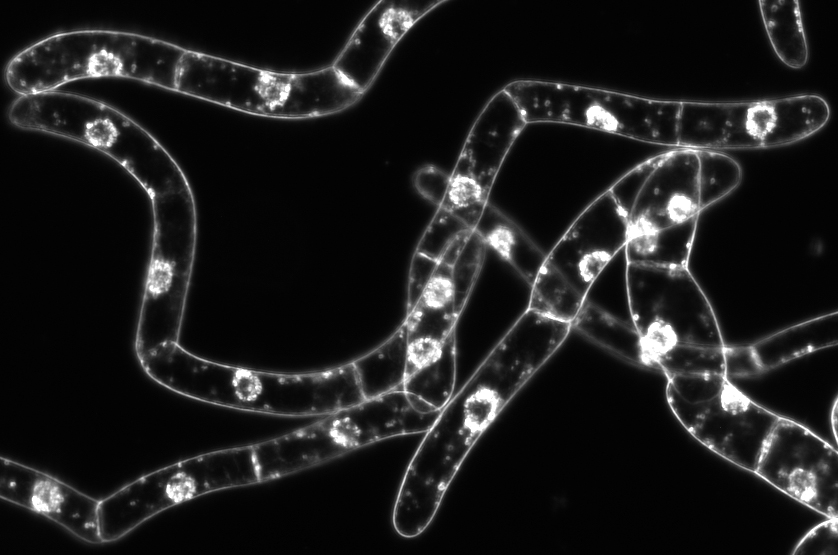 Fig. 1 Tobacco BY-2 cells viewed in dark-field. Cell diameter is about 30 µm.

For some years, I have been culturing two cell lines: the BY2 line itself and a derivative line that has been engineered to express GFP-tubulin (its publication name is GT-16). The latter allows the microtubules to be imaged in living cells (Fig. 2). At the moment, imaging microtubules is not on the agenda. But such experiments certainly might arise. In addition, the cells were posted to me from Japan, where they were made, and they would be a little bit of a pain to get again. So I have been faithfully culturing both lines of cells, week in, week out. 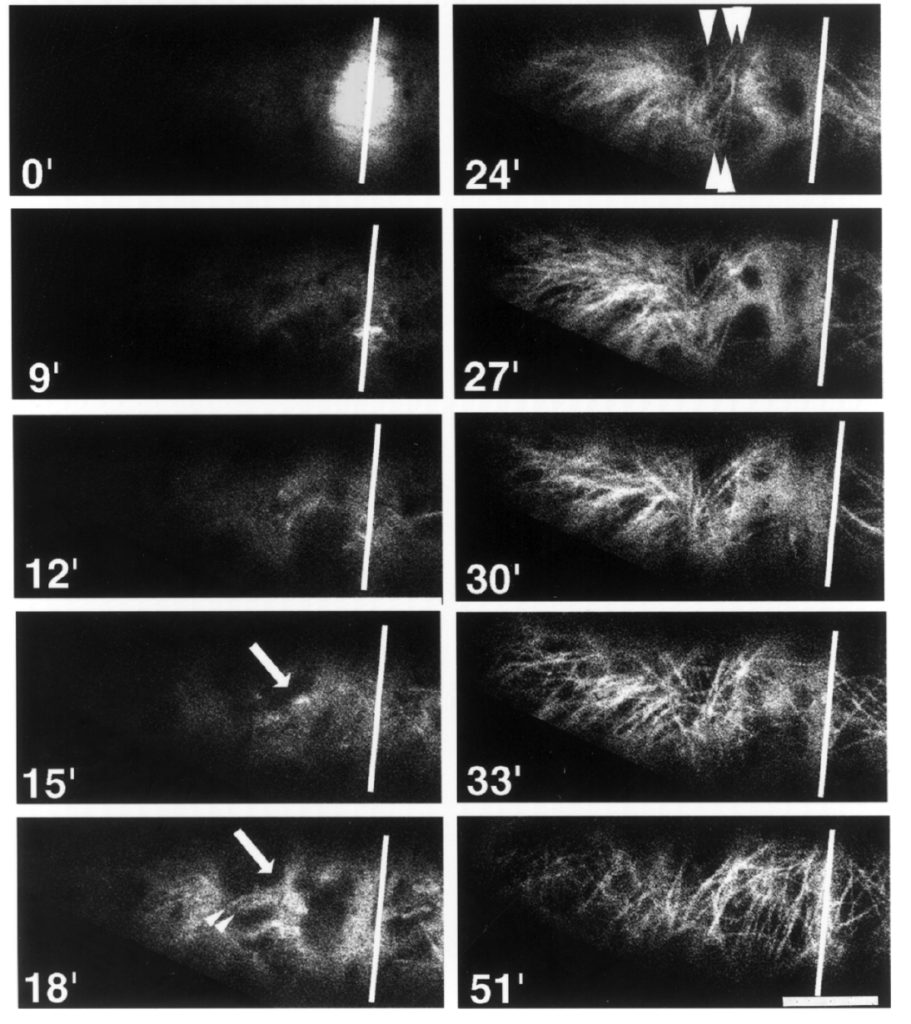 Fig. 2. Tobacco BY-2 cell expressing GFP-Tubulin. Fluorescence shown in white. At time zero, the cell is at the end of division and the bright un-resolved blob is the structure, called the phragmoplast, that contains hundreds of microtubules and builds the new cell wall between progeny cells. The position of the cell wall is marked in this and subsequent frames with a white line. After division, the cortex of the cell becomes populated with microtubules, which play a role in regulating the directionality of expansion. Bar = 10 µm. Figure from Kumagai et al. 2001 Plant & Cell Physiology 42: 723 – 732.

But last Thanksgiving, I needed a pet sitter – I mean a cell sitter. While I was away with relatives, a student passaged the cells. She was working in my lab and knew how. But because of a soaring flight of miscommunication, she passaged the BY2 line but not the GFP-tubulin line. I came back home to a missing cat.

Well, that would have been that, except … I back up my cells. BY-2 cells are difficult to freeze (strictly speaking they are easy to freeze but difficult to freeze so that, upon subsequent thawing, they live). The backup is a living culture on solid medium, on plates. They still need to be passaged but half as often as the liquid cultures, and they provide a source of fresh cells if something happens to the liquid line. Happily I have the GFP-tubulin line backed up on solid medium.

What I did soon after getting back, was to scrape some of the cells off of the solid plate and into the liquid. Even though the cells get used to growing on land, once they get dumped in the water, they are supposed to adjust over a few weeks. That is the theory anyway. The first week or two, they seemed to grow well but then they started to tank. That is, the culture was thin on the 7th day. This past Tuesday, after putting about 10 mL into fresh medium so there would be plenty of cells to recover, I took a look at remaining cells through the microscope.

In particular, I wanted to find out if these cells still expressed the GFP-tubulin. I hadn’t looked in ages and contaminating wild type cells might easily have over grown them. It seems that they do. I used the ‘epi’-fluorescence microscope in my lab so it was not easy to see individual microtubules over the background, but this was present in every cell and far brighter than what shows up as auto-fluorescence, and I found a few cells in division, where the dense microtubule arrays were as expected (like the bright blob at time zero in figure 2). This week, I might check under a confocal microscope to get a better look at the microtubules. But I think the line is ok.

But, even if the confocal tells me that, yes, the line really is fine, I still must decide whether to keep culturing it in liquid. It has a cost in medium and glassware and time. Since I have no experiments planned, might be best to just keep it going on solid medium? But I do want to see if I can get this line back into a fit state in liquid since I have started the process. If it doesn’t work, I can try something different the next time.