This is Adam Zucker’s Page.

I teach courses on Shakespeare and other early modern English writers at the University of Massachusetts, Amherst. There are links above to my CV, to a page about books I’ve written or written for, and to my less-than-academic musical endeavors.

I am also a contributor to two forthcoming Oxford Handbooks: one on Thomas Nashe, and one on Early Modern Poetry. Other works in progress include a monograph tentatively titled Shakespeare Unlearned: Nonsense, Pedantry, and the Philology of Stupidity in Early Modern English Drama, and a new edition of Love’s Labour’s Lost for Arden Shakespeare 4th Series.

A few of my published essays are available on my ScholarWorks page. 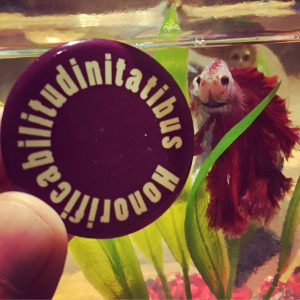 Adam Zucker is Associate Professor of English at the University of Massachusetts Amherst, where he teaches courses on 16th– and 17th-Century English literature. He received his undergraduate degree from Brown University and his MA, MPhil, and PhD from Columbia University. He is the author of The Places of Wit in Early Modern English Comedy (Cambridge University Press, 2011), and the co-editor of two books: Historical Affects and the Early Modern Theater (Routledge, 2015), with Ronda Arab and Michelle Dowd; and Localizing Caroline Drama: Politics and Economics of the Early Modern English Stage, 1625-1642 (Palgrave Macmillan, 2006), with Alan B. Farmer. Professor Zucker is a recipient of the College of Humanities and Fine Arts Outstanding Teacher Award, and his book, The Places of Wit, was shortlisted for the Globe Theatre Book Award. He is a co-editor of English Literary Renaissance.