I wrote this in 2003 but used the article recently in the elective course I teach called Sustainable Energy.  My students took an interest in commercial and residential lighting technologies after participating in a conference called Better Buildings By Design.  The article focuses on fluorescent lamps.  While LED lighting may be the future, the current high cost leaves the now old school CFL as the most likely choice for value minded shoppers looking to invest in energy efficiency.  Understanding Light Quality-CT and CRI

Goal: The goal for this learning sequence was to learn via experimentation how a measurable factor (variable) influences the performance of a solar cell, module, or simple photovoltaic system. Students will come to appreciate why solar PV systems yield highly variable power output over time.  Students will also learn to work cooperatively and in collaboration with peers of diverse abilities and background knowledge.

Objectives: The objectives (benchmarks toward achieving the goal) for this learning sequence were:
1) Demonstrate competency in the design and implementation of a controlled experiment in an open inquiry setting.
2) Use evidence to explain in a written report how the manipulation of one variable affects the current, voltage, and/or power output of a simple photovoltaic system under controlled conditions.
3) Use oral presentations to compile the results of several (4) group experiments.
4) Demonstrate knowledge of how each variable influences PV performance in a summative assessment (Unit Test).

Formative Assessment:
Written reports of research findings were graded on a pass/fail basis.  The is out of the ordinary as I usually require individual reports even on group projects, which a graded as a summative assessment on a sliding scale (A-F grades).  The rationale for going pass/fail was to reduce the apprehension students might have about being graded on group work. I didn’t want the “over-achievers” to take heavy handed control of the entire process just so they could ensure a quality grade. Likewise I didn’t want the lower functioning kids to lose confidence in their ability to contribute. Cooperation was one of my objectives.

Brief project summary:
This project is part of an elective course called “Sustainable Energy.” Students are grades 11 and 12. In terms of abilities and motivation, this is a diverse bunch. I have students who have demonstrated success in multiple AP level courses working side by side with individuals who have had to repeat core academic classes.

To initiate this project, students were asked during a warm up (“Do Now”) to brainstorm as many variables as they could think of which might affect solar module current, voltage, and/or power. This phase of the project served as a formative assessment and review of topics covered during the previous units (see prior knowledge above). The brainstormed list was compiled and discussed. Students were then allowed to choose their own groups of 3-5 individuals. Class time and access to computers was given to develop their ideas. Each research team (there were 4 in total) was required to submit a project proposal before they could begin their experiment. The proposal requirements included a project title, problem statement, hypothesis, identification of the experimental variable, dependent variable(s), and at least three control variables, as well as a thorough step-be-step procedure. Class time was also provided to perform the experiments, make revisions to procedural details, and write up the results and discussion.

This open inquiry experimental design project is just one piece of a larger unit covering solar photovoltaics. In addition to the student work samples, I will also upload a curriculum map to give you a broad sense of the topics covered. The entire unit is being implemented in two parts, a fall sequence and a spring sequence. The fall sequence will be concluding this Friday, with a traditional unit test similar in format to an MCAS.

I will be sharing two of the completed written reports with you. Although students have received feedback from me, I am sharing their first draft submissions prior to any revisions that I may have suggested. As such, the quality of the work is wholly their own doing, and each report contains some errors. Each report was the result of collaboration among group members. You may notice that some paragraphs or report sections are more/less grammatically correct than others, a reflection of the writing abilities of diverse members.

The Effect of Filtering Light on Photovoltaic Production

The Effect of Series and Parallel Connections on the Current, Voltage, and Power Produced by Phtotovoltaic Modules

Here is a compilation of Massachusetts STEM standards for high school, which may be addressed within the context of a unit covering Solar Photovoltaic technology. 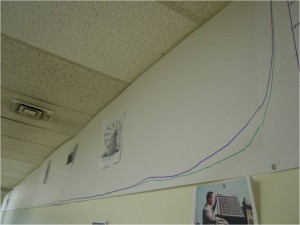 I am working on a Solar Photovoltaic curriculum which addresses many standards for teaching physical science, while also providing meaningful context as well as opportunities for students to work on open ended problems.

My purpose in posting the curriculum (as it evolves), is to share my ideas with other interested educators, as well as (hopefully) solicit feedback, constructive criticism, fresh ideas, and suggestions for how to improve upon it.

I’m developing and piloting the curriculum in an elective course called “Sustainable Energy.”  However I am also keenly interested in shaping this curriculum so that it will be  appropriate for use in general chemistry and physics.

The following is an outline of many of the topics which will be introduced to students.

Is this a proper use (or misuse) of the term sustainable development?

Sustainable development, or simply “sustainability” has been defined in a number of ways.  Perhaps the most common definition is the version proposed by the UN World Commission on Environment and Development:

“Sustainable Development is development that meets the needs of the present without compromising the ability of future generations to meet their own needs.”

This definition, however, is vague, leaving it open to a very broad spectrum of interpretations as well as recommendations for how to achieve it.  All too often, sustainable development is both misunderstood and misrepresented.  An alternate definition is needed; one that communicates concisely how sustainability can be achieved.  One such definition is as follows:

Sustainability is the application of ecological principles to the design and management of human socioeconomic systems.

While this definition may be an improvement (I think so), it is not without its own shortcomings in terms of clarity.  More to the point, what are these ecological principles, and how may they be applied to human behavior, institutions, and technologies?

Themes help students answer the question: “Why Would I need to Know This” or “How is this knowledge useful?”

Ecosystems rely on cyclical material flows.  Industries can can too, but don’t always do so.  Can an entire economic system be circular?