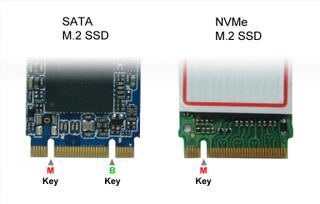 What Is Your Hard Drive?

One of the key pieces of hardware inside your computer is the hard drive. You may have also heard it called the hard disk or sometimes (incorrectly), the memory.

If you imagine your computer as a human body, your hard drive could be described as the long-term memory of the body. It is where data gets permanently stored for later use.

There are two types of hard drives that you will see frequently, standard hard drives (HDD) and solid state drives (SSD). The traditional hard drive is much more common and uses a magnetic arm to write data along a series of spinning disks. Solid-state drives use a series of interconnected flash memory chips to store data. We will get into why you would chose one over the other later in this article.

Why Would You Replace It?

Your (standard) hard drive is one of the few moving parts inside your computer (the others usually being your cooling fans and your CD drive). Because of this, standard hard drives are often one of the first parts to fail in a computer, and tend to do so after 3-5 years.

Oftentimes computer issues such as slowness or failure to boot are caused by an older hard drive beginning to fail.

What Replacement Hard Drive Should I Buy?

The Hard Drive that you should buy to replace your failing one depends on the way you use your computer. There are several factors to take into account.

The first important factor is size. Ask yourself: how much space do you use on your hard drive? Though HDDs range from just a few gigabytes to several terabytes (1 TB = 1024 GB), the most common sizes currently are 500GB and 1TB. If you use your computer to simply browse the Internet and do basic schoolwork, 500GB will be more than enough for you. However, if you use your computer to store large amounts of media files, or if you play many video games, you should buy a 1TB hard drive.

The second question that you should ask yourself is whether you want an SSD or an HDD. SSDs offer many distinct advantages over a traditional hard drive. They are significantly faster, and tend to be more durable than traditional drives, as they have no moving parts. Replacing a traditional hard drive with an SSD is one of the simplest ways to speed up your computer. Unfortunately SSDs are much more expensive than HDDs for the same amount of space. A 500GB HDD often costs close to the price of a 128GB SSD.

One way to overcome the cost issue presented by SSDs is to install more than one hard drive. In many cases, it makes sense to install a small SSD, which would host your operating system and your most frequently used programs, and to use an HDD for most of your data and media.

How Do I Replace It?

On Windows PCs, especially desktops, hard Drives are often relatively simple to replace. Guides can be found on Youtube, as well as at https://www.ifixit.com/Device/PC .

Alternatively, you can come to the IT User Services Help Center, located in the LGRC low rise. We can take a hard drive you bring us (or we can sell you one of our own), and we can replace it for a small service fee (usually about $50).