If you using a Windows PC and an iPhone, you might want to merge the calendar and Mail with iCloud instead of registering a new Microsoft account. The services in Apple become compatible with Windows 10 recently. It is very easy to set it up and easy to use.

Click the Start button or search Settings in Cotana

Want to develop an iPhone app? How do I start?

First, If you want to develop anything about Apple, you need a Mac. The only IDE(Integrated Development Environment) for developing apps on Apple platform is Xcode. Xcode is compatible with OS X and doesn’t support Windows. If you want to be a good programmer, starting with swift programming is a pretty good idea. Swift is a powerful and intuitive programming language for macOS, iOS, watchOS and tvOS. Writing Swift code is interactive and fun, the syntax is concise yet expressive, and Swift includes modern features developers love. Swift code is really easy to understand and produces software that runs lighting-fast. You even can learn Swift on iPad. Swift Playgrounds is a revolutionary new iPad app that helps you learn and explore coding in Swift. Built-in lessons and challenges teach fundamental coding concepts as you write real Swift code in an interactive environment designed for touch. 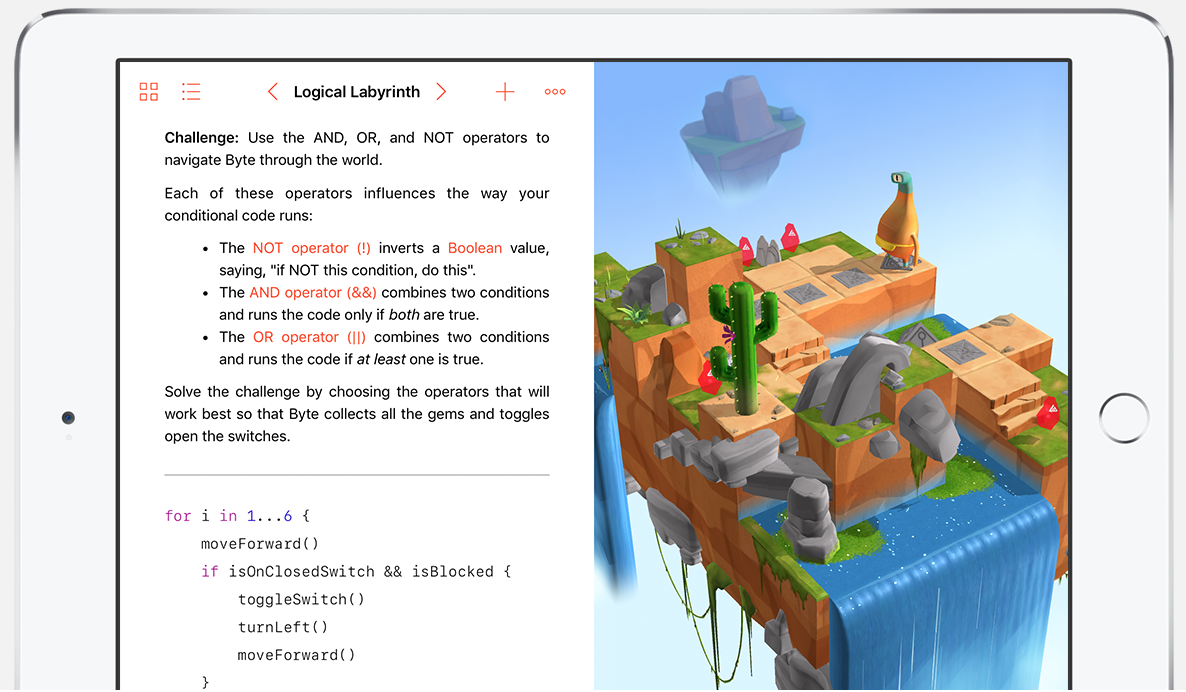 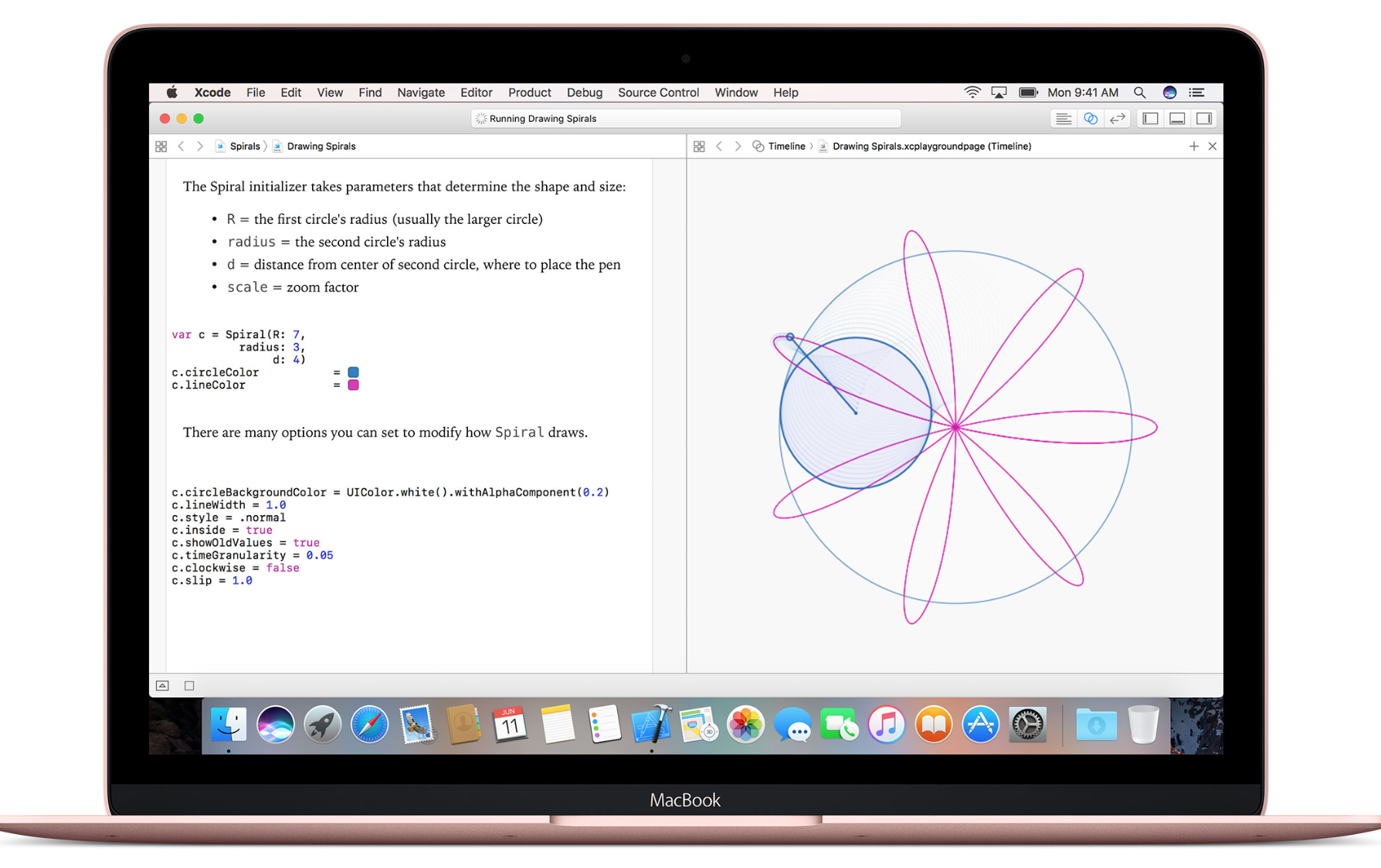 Constants and variables associate a name (such as maximumNumberOfLoginAttempts or welcomeMessage) with a value of a particular type (such as the number 10 or the string “Hello”). The value of a constant cannot be changed once it is set, whereas a variable can be set to a different value in the future.

This code can be read as: 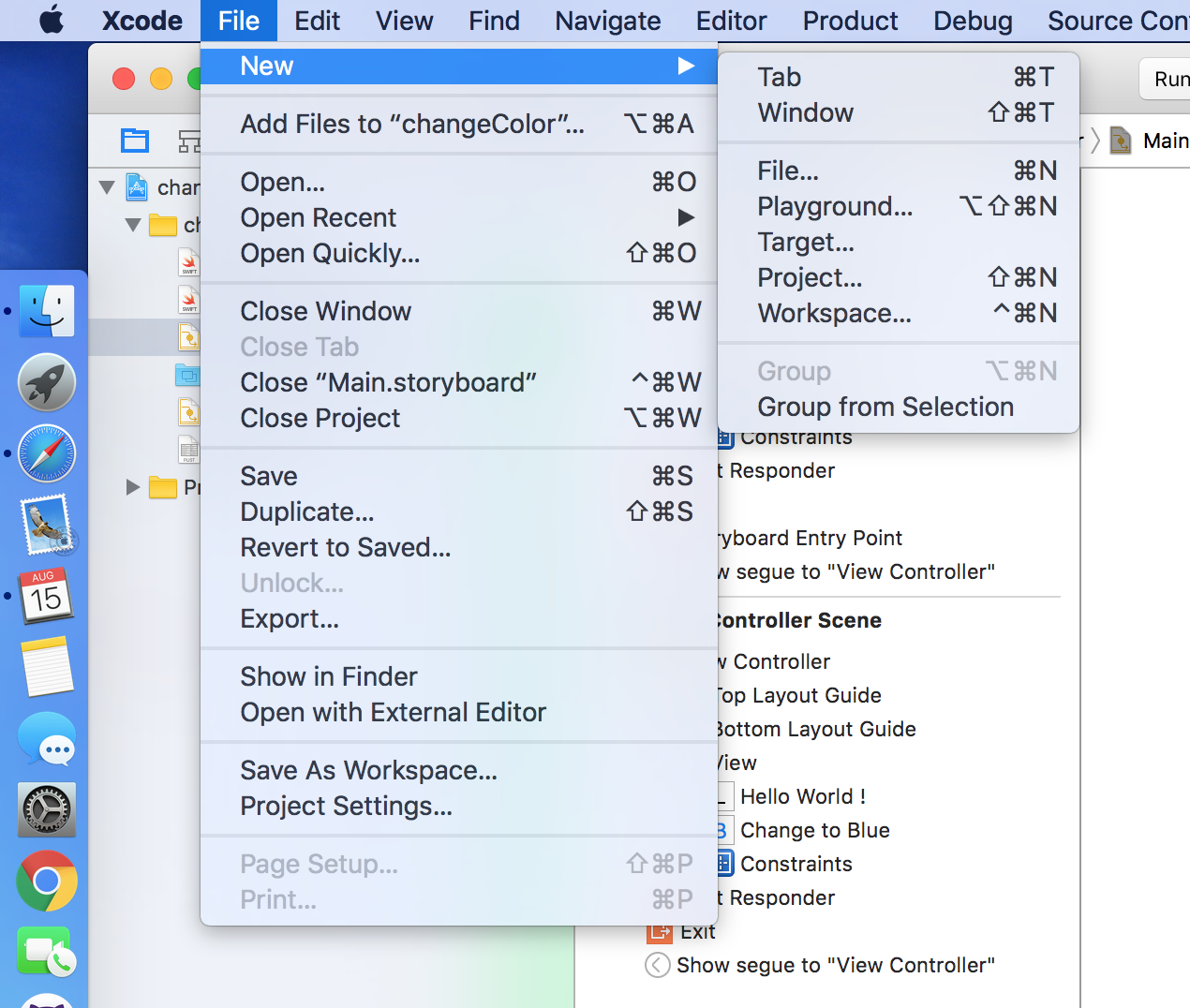 2. Select Single View Application and click Next. Then you can set your project name, your team name and language etc. Click Next again, and you should be all set to start creating a iOS project. 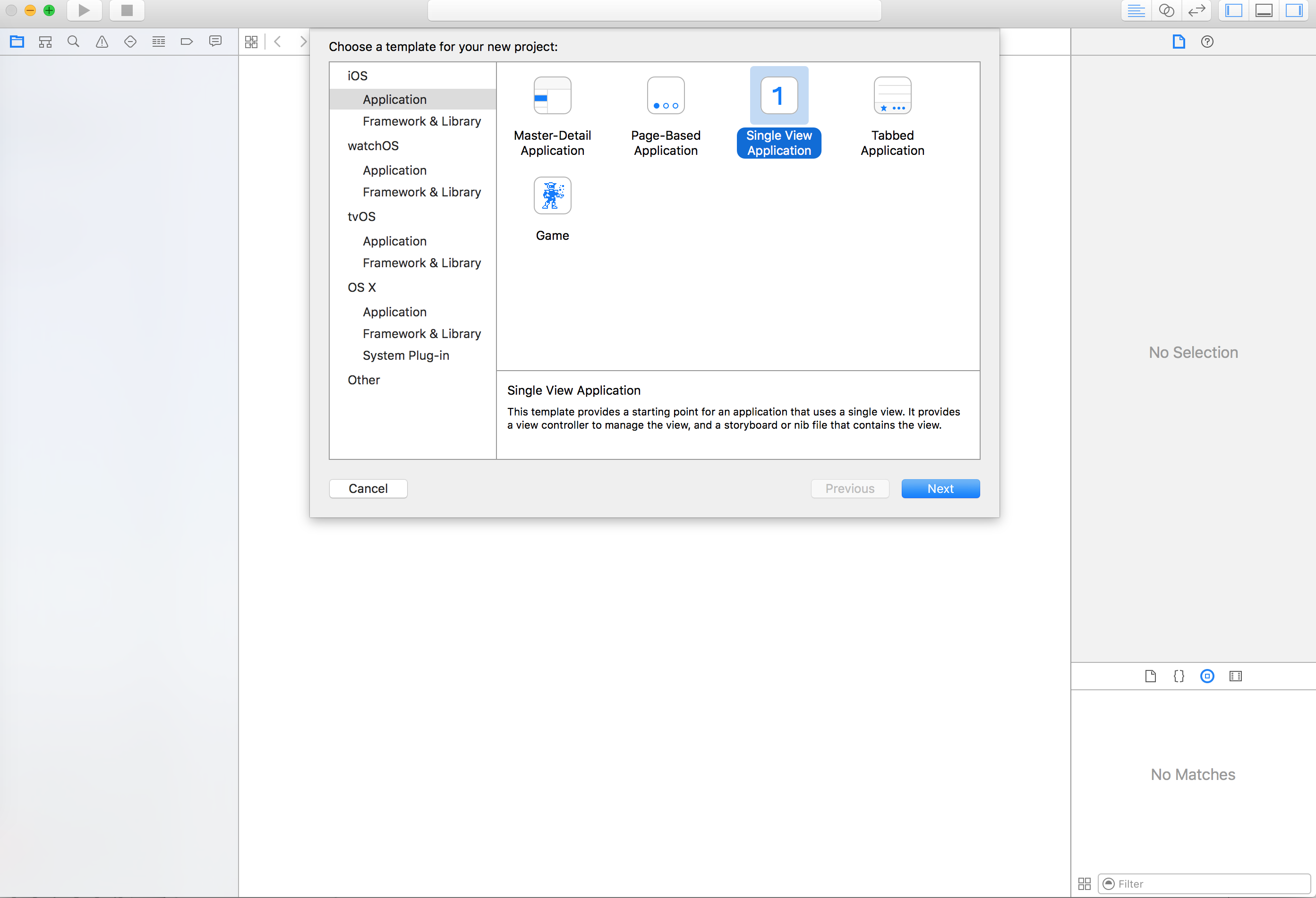 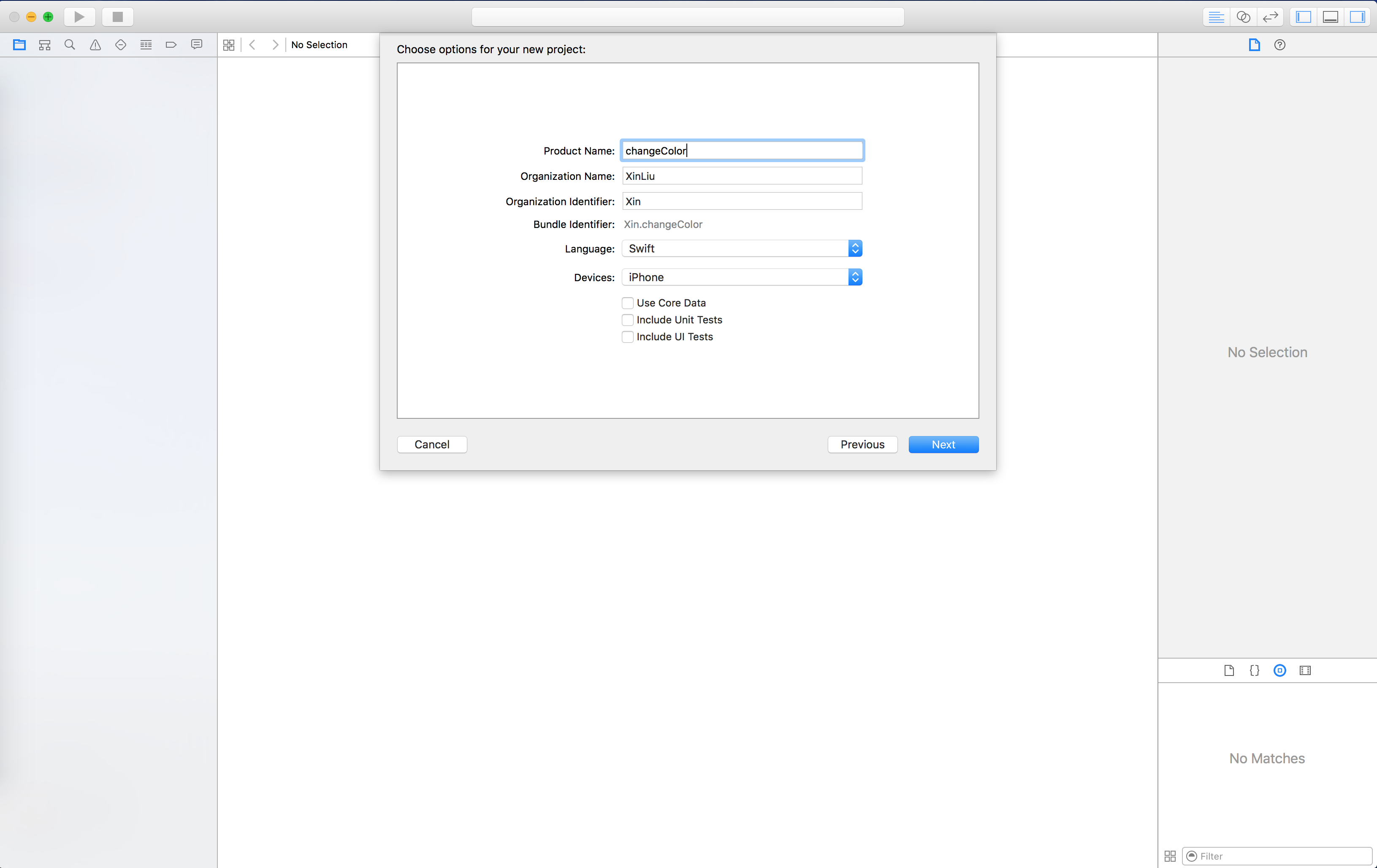 3. There is a navigation file bar on the most left side, and you should be able to see “Main.Storyboard” (graph 1). Storyboard is the place where you can do designs as well as interactions. There should be a default rectangular like iPhone screen showing up if you are in Storyboard. That is the default ViewController which basically is interface user can see in the real iPhone. If the app you are creating needs three interfaces, you need to create three ViewControllers. On this simple example, I just want to create an App called switchColor. There are two ViewControllers corresponding to two interfaces on this app. And there is one button on each ViewController to be used for switching background color. Let’s start do it.

4. Click the default viewController. On the right most sidebar of Xcode, you should see View setting (Graph 2).  Then you can change the background color to Blue.  Let’s also add a text on the screen. Type Label on the right bottom corner (Graph 3),  then drag the label to your blue background view controller. By double clicking that label, you can change text to whatever you want. Let’s change it to “ Hello World ! ” . 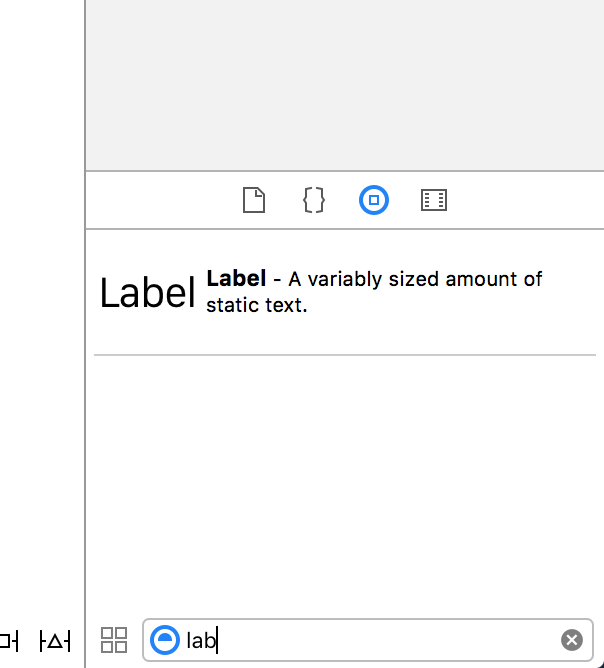 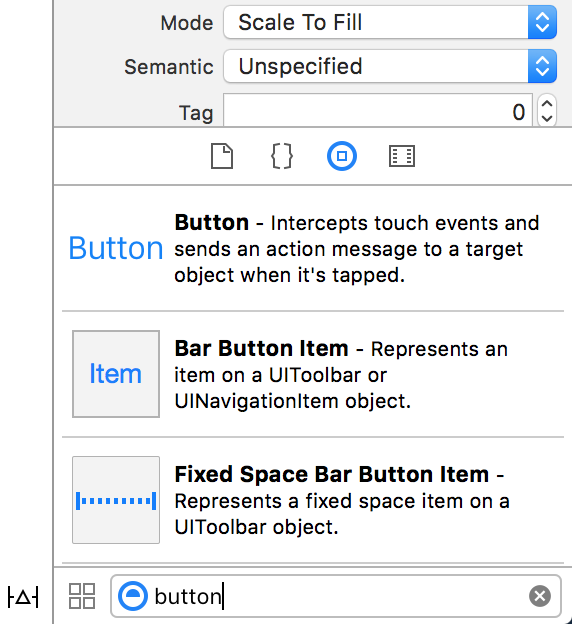 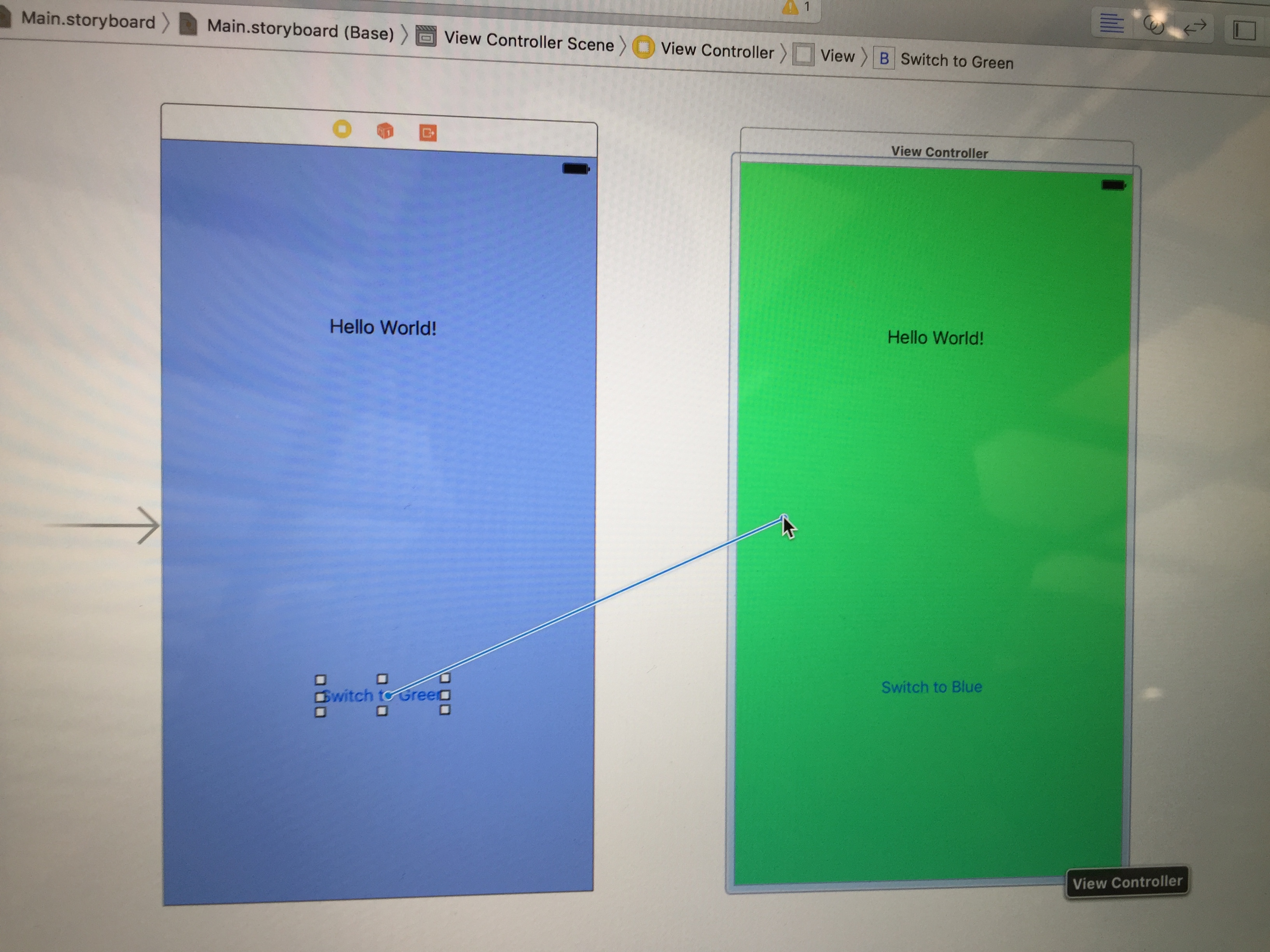 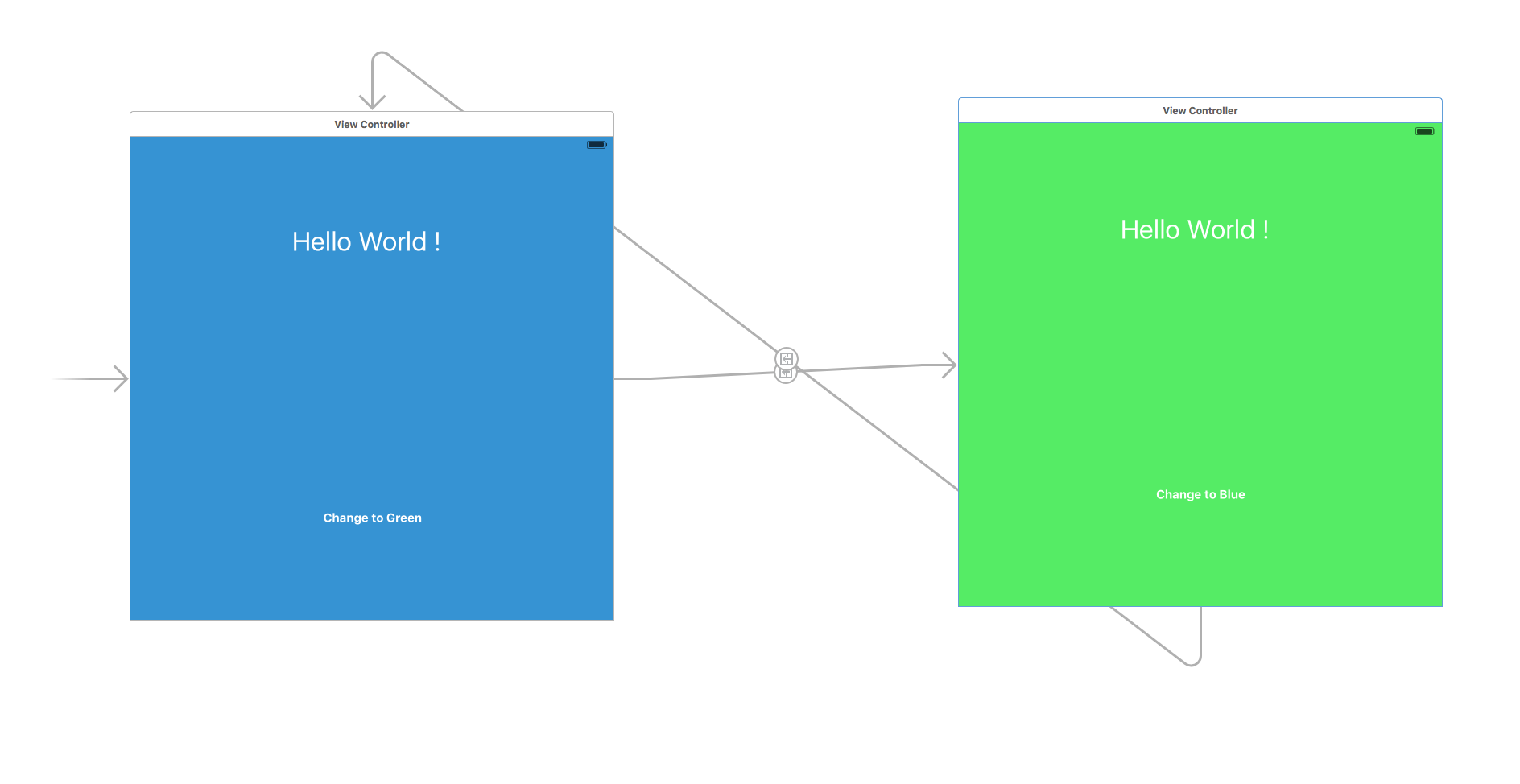 If you are interested doing Swift Programming and iOS app development,  you can check Apple Swift Guide on https://developer.apple.com/library/content/documentation/Swift/Conceptual/Swift_Programming_Language/index.html#//apple_ref/doc/uid/TP40014097-CH3-ID0 .