Researchers at MIT’s Computer Science and Artificial Intelligence department have created a Soft Robotic Fish (nicknamed SoFi) which is able to swim and blend in with real fish while observing and gathering data from them. This remarkable bot is not only cool and adorable, but it also paves the way for the future of lifelike Artificial Intelligence.

Think about it: We have already reached the point where we can create a robotic fish which is capable of fooling real fish into thinking that it’s a real fish. Granted, fish aren’t the smartest of the creatures on this planet, but they can usually tell when something is out of the ordinary and quickly swim away. SoFi, however, seems to be accepted as one of their own. How long will it take for us to create a robot that can fool more intelligent species? Specifically, how long will it be until Soft Robotic Humans are roaming the streets as if they weren’t born yesterday? Perhaps more importantly, is this something that we actually want?

The benefits of a robotic animal like SoFi are obvious: It allows us to get up close and personal with these foreign species and learn more about them. This benefit of course translates to other wild animals like birds, bees, lions, etc. We humans cant swim with the fishes, roost with the birds, visit the hive with the bees or roar with the lions, but a robot like SoFi sure can. So it makes sense to invest in this type of technology for research purposes. But when it comes to replicating humanity, things get a bit trickier. I’m pretty confident in saying that most humans in this world would not appreciate being secretly observed in their daily lives “for science.” Of course, it’s still hard to say whether or not this would even be possible, but the existence of Sofi and the technology behind it leads me to believe we may be closer than most of us think.

Regardless of its possible concerning implications, SoFi is a truly amazing feat of engineering. If nothing else, these Soft Robots will bring an epic evolution to the Nature Documentary genre. For more information about the tech behind SoFi, check out the video at the top from MITCSAIL. 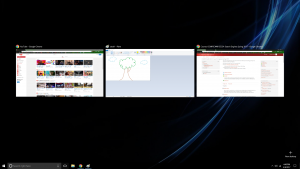 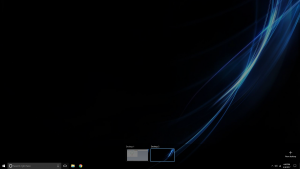 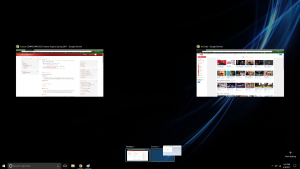 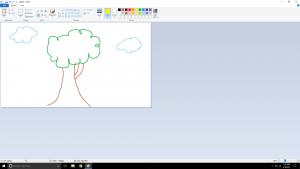 2016 has given us a lot of exciting new technologies to experiment with and be excited for. As time goes by technology is becoming more and more integrated into our every day lives and it does not seem like we will be stopping anytime soon. Here are some highlights from the past year and some amazing things we can expect to get our hands on in the years to come.

That’s right, we’re adding electronic capabilities to the little circles in your eyes. We’ve seen Google Glass, but this goes to a whole other level. Developers are already working on making lenses that can measure your blood sugar, improve your vision and even display images directly on your eye! Imagine watching a movie that only you can see, because it’s inside your face!

Kokoon started out as a Kickstarter that raised over 2 million dollars to fund its sleep sensing headphones. It is the first of its kind, able to help you sleep and monitor when you have fallen asleep to adjust your audio in real time. It’s the insomnia’s dream! You can find more information on the Kokoon here: http://kokoon.io/

Nuzzle is a pet collar with built in GPS tracking to keep your pet safe in case it gets lost. But it does more than that. Using the collar’s companion app, you can monitor your dogs activity and view wellness statistics. Check it out: http://hellonuzzle.com/

Your ears are the perfect place to measure all sorts of important stuff about your body such as your temperature and heart rate. Many companies are working on earbuds that can sit in your ear and keep statistics on these things in real time. This type of technology could save lives, as it could possibly alert you about a heart attack before your heart even knows it.

Thought it couldn’t get crazier than electronic contacts? Think again. Companies like Chaotic Moon and New Deal Design are working on temporary tattoos than can use the electric currents on the surface of your skin to power them up and do all kinds of weird things including open doors. Whether or not these will be as painful as normal tattoos is still a mystery, but we hope not!

Virtual Reality headsets have been around for a while now, but they represent the ultimate form or wearable technology. These headsets are not mainstream yet and are definitely not perfected, but we can expect to be getting access to them within the next couple of years.

Other impressive types of wearable tech have been greatly improved on this year such as smart watches and athletic clothing. We’re even seeing research done on Smart Houses, which can be controlled completely with your Smart Phone, and holographic image displays that don’t require a screen. The future of wearable technology is more exciting than ever, so get your hands on whatever you can and dress to impress!

The Holidays are a time of comfort and joy, but preparing for them can be extremely stressful. We all put our shopping off as long as possible, and trying to keep track of everything we need to buy, find it and pay for it all in such a short amount of time usually seems like an impossible feat. Luckily, we live in the age of technology, and our Smart Phones can take a lot of stress out of our Holiday shopping. Here is a list of helpful little apps that can help make the process quicker and easier so you can focus on enjoying your Holiday Season.

This is one of the best apps for making sure you don’t miss out on any deals in your area. Available on both Android and iOS, RetailMeNot uses your current location to alert you on nearby sales and discounts. You can also select areas that you plan on visiting later and the app will let you know about any deals there as well. It even has in-app coupons that can be presented at checkout for a little extra savings. And if you need some nourishment while you’re out shopping, RetailMeNot can inform you about nearby food options as well.

How can you find anything in a mall full of people? Well, Point Inside can draw on its database of hundreds of shopping centers around the country and let you search for the item you need. It will tell you what stores to visit and even what aisle to look in! instead of wandering aimlessly around the store, let Point Inside do the finding for you. The app is available on both Android and iOS.

So you can find your item and be sure you aren’t missing a deal, but how can you be sure you’re getting the best deal? Enter ShopSavvy. Simply scan the barcode of the product using your Android, iOS or Windows device, and ShopSavvy will let you know where the best price is in your area and whether or not it is in stock. Once you scan an item, you can tell the app to notify you whenever there is a price change anywhere nearby so you are always up to date.

There are plenty of other helpful shopping apps out there as well, but these have proven to be the most useful and best reviewed. Try them out for yourself, happy shopping and Happy Holidays!